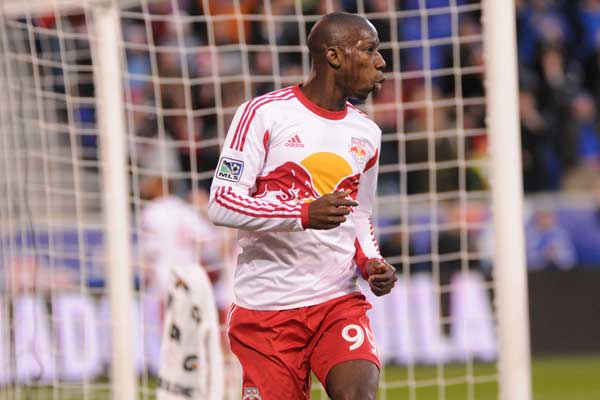 By Jason Davis – WASHINGTON, DC (Nov 21, 2014) US Soccer Players – MLS announced the finalists for its cadre of annual awards on Thursday morning. All of the players nominated, in a range of categories from MVP to somewhat nebulous “Comeback Player of the Year”, were deserving in their own particular ways.

The problem is that three is such a small number. The cutoff was so abrupt it left off players who not only should’ve made the final three, but were good picks to win the award. In a season marked by some particularly stellar individual campaigns, there’s reason to cry foul over the lack of celebration of some of the best in MLS in 2014.

Consider this an attempt to rectify some of that injustice, if even only in a small way. Below are several hand-picked MLS superlatives, and the players who missed the cut but more than deserve a moment in the spotlight for what they accomplished this season.

No point in burying the lede. The MVP race this year was among the most competitive in MLS history. So competitive in fact, that a player who scored more goals than all but two players in the history of MLS did not rate as a finalist for the award.

This is not an argument against the three players still standing for MVP: Obafemi Martins, Robbie Keane, and Lee Nguyen. All of them put up fantastic attacking numbers while leading their teams into the playoffs. All three of them are deserving of the award. Depending on your interpretation of the MVP criteria, there are legitimate arguments that Nguyen should win, even if Keane and/or Martins was more outstanding.

All of that said, the omission of Bradley Wright-Phillips still seems wrong. The Red Bulls striker scored 27 goals in the regular seasons, a gaudy number that put him into the record books alongside Roy Lassiter and Chris Wondolowski as the most prolific scorers in a single year in MLS history. The knock against Wright-Phillips is playing with Thierry Henry, who provided many a scoring opportunity for his teammate.

Regardless of how good the chances created for him might have been, Wright-Phillips still had to put them into the net. That he did that 27 times in 18 different games, helping New York to the playoffs in the process, makes his absence from the MVP finalists list unfortunate if not outright unfair.

Defender of the Year

The list for Defender of the Year includes three previous winners: Bobby Boswell, Chad Marshall, and Omar Gonzalez. Boswell and Marshall are remarkable stories, veteran center backs who help shore up their respective team’s back lines during first place campaigns. In addition to their steady play, each served as veteran, MLS-savvy leadership in lineups with young players still learning on the job.

Gonzalez might not have been quite as good in 2014 as in his Defender of the Year-winning season of 2011, but he did take part in a World Cup and re-establish his effective partnership with AJ De La Garza for the stingy Galaxy. Gonzalez’s presence in the back for LA – winning balls in the air, breaking up passes, and scrambling to stop scoring chances – allowed Bruce Arena to worry about other areas of the field.

Leaving the question of who to bump off the list aside, the player most deserving of some recognition in this area is FC Dallas’s Matt Hedges. Now in his third year as a regular starter, Hedges is already among the league’s best center backs, providing the exactly the type of steady presence that Gonzalez is known for in LA. Hedges ranked in the top ten in MLS in passes intercepted and clearances per game over 32 starts. He even threw in three goals for good measure.

Coach of the Year

Coach of the Year is among the trickiest awards up for grabs year to year. Expectations play a larger role, as does the ability of coaches to navigate setbacks throughout a long, exhausting regular season. The three finalists for this year’s award entered the season with different goals. What Ben Olsen, Gregg Berhalter, and Sigi Schmid had in common is a level of success when all was said and done that gives them a claim to the honor.

Oscar Pareja has the same claim, though he didn’t make the shortlist. The FC Dallas head coach, in his first year in North Texas, juggled injuries, form, and difficult environs of the Western Conference during a campaign the ended with his club in the playoffs. Much like he did in Colorado in 2013, Pareja succeeded in spite of obstacles that lesser head coaches might have failed to overcome, or had available as excuses for an underwhelming season.

It’s difficult to argue that Schmid, who led the Sounders to a Supporters’ Shield, and Olsen, architect of a 1st-place finish just one year removed from one of the worst years in MLS history, don’t deserve to be on the list. Berhalter, too, possesses strong credentials as a candidate, having led Columbus to third place in the East with a roster less talented than most.

What makes Pareja’s omission so glaring is the proactive nature of the coaching job he did in Frisco. Never content to just let the chips fall where they may, the Colombian took pains to reconfigure his lineup and playing style from whenever required, the better to make FC Dallas a difficult out for even the best teams in the League.

No award voting process is perfect. The vagaries of the criteria will always lead to deserving names left off the list of finalists when the season ends. Still, the 2014 MLS season is notable. While the usual questions exist as to who should win which award, the line separating those that made and it those just on the outside is razor thin.