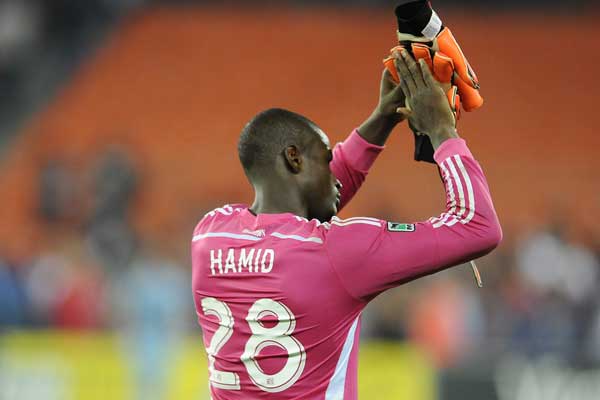 DC United and USMNT goalkeeper Bill Hamid is the 2014 MLS Goalkeeper of the Year, the league announced on Wednesday. Hamid was a major reason for DC United bouncing back in a worst-to-first season in 2014. His coach, former USMNT player Ben Olsen, won the 2014 MLS Coach of the Year award on Tuesday.

“I am extremely honored to be named MLS Goalkeeper of the Year,” Hamid said in a press statement. “I have to recognize a great set of goalkeepers, Joe Willis and Andrew Dykstra, along with Coach Preston Burpo, who I work with on a daily basis, a group that pushes each other and helps each other to get better. I also want to thank my team, a group that scraps and competes every day in training, week in and week out, to make sure everyone is at the top of their game. It all ultimately led to our success this season. Thanks for keeping faith in me. Vamos United!”

Hamid led MLS with the top save percentage at 75.3% and was in the top five in all of the major goalkeeping categories. The award is the second for a DC United goalkeeper. Troy Perkins won in 2006.

MLS Goalkeeper of the Year