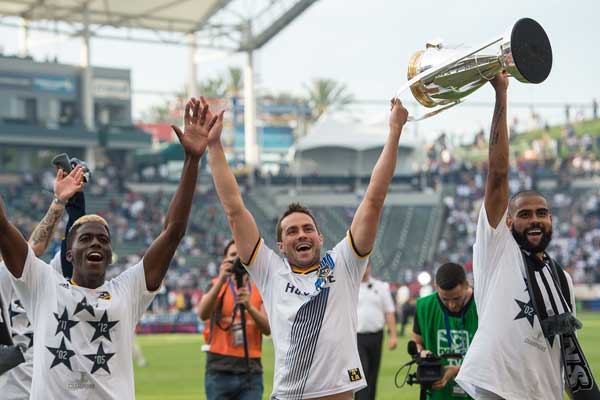 By J Hutcherson – WASHINGTON, DC (Dec 11, 2014) US Soccer Players – MLS has made transparency a priority during the second half of 2014. Stemming from how Jermaine Jones ended up playing for the New England Revolution, MLS leadership has focused on making its behind the scenes maneuvering more open. This is new territory for MLS, a league not always known for focusing on public perception when it comes to how they handle their business.

During last week’s State of the League, MLS commissioner Don Garber addressed this. “We recognize that things are not as easy for people to understand as they need to be.” Before stressing 2015 as the year of transparency, Garber also said that something that should resonate with MLS fans. “(M)ost of the public doesn’t understand our rules and most of the media doesn’t as well.”

No question, and a week later we got another example.

MLS conducted two drafts yesterday with another set for Friday. This is now business as usual almost as soon as the season ends.

The bigger one was the expansion draft, but the waiver draft was also interesting. Since crowning a champion on Sunday, the league has been in a mood to move players. 20 through the expansion draft, 14 through trades with some of those trades sending players both ways rather than allocation money or international roster spots.

With the Collective Bargaining Agreement under negotiation, MLS and its clubs are operating without knowing what the limits will look like in 2015. That’s not a unique situation in North American professional sports, but it certainly influences at least some of the moves we’re currently seeing.

On Wednesday afternoon, the MLS waiver draft made it through three picks before a team passed. The Chicago Fire started a trend, with the rest of the league not using their picks. That’s not unusual. The waiver draft isn’t normally a favorite of MLS teams. Friday brings stage 1 of the Re-Entry Draft, another mechanism for moving players that most MLS teams haven’t fully embraced.

It’s worth mentioning that the trade window in MLS opens and closes throughout this period. It’s open today, but not tomorrow. It opens again between the stages of the Re-entry Draft, a six-day period. It reopens after the conclusion of the Re-Entry Draft.

None of these are events in the way MLS treats its SuperDraft. Even the SuperDraft is no longer completely public. Last year, MLS moved the later rounds to another day on a conference call and for good reason. Anybody who sat through the old full version of the SuperDraft when the commissioner is no longer presenting the selections and the players might not have shown up understands why that’s no fun.

Unfortunately for MLS, they’re caught in their own transparency moment. The league runs the biggest soccer news site in North America. They have a business model that doesn’t operate like the rest of the leagues here. They have a reputation for adjusting rules as needed.

MLS has always had a nomenclature problem. From the very beginning, there were no owners. The people running the local teams were investor/operators controlling 49% of the club with the league owning the majority share. That’s how single-entity works, another phrase that MLS coined. Single-entity is also something the league normally now avoids unless it’s the only answer to a direct question.

What that creates is an atmosphere where it’s difficult to even talk about how the league and its teams operate. Add to that the uncertainty of budgets, salary, and cap space for 2015 for all teams, and it’s worth asking. Is an MLS with greater transparency any easier to understand for the average fan?

Grant Wahl interviews USMNT coach Jurgen Klinsmann in a video for Fox Sports. Writing for Soccer Wire, Tim Froh expands on the announcement that US Soccer is adding a U-12 Developmental Academy program.

Soccer Mexicana’s Jason Marquitz has another take on Club America as they try to set a record for Liga MX titles.

BBC Sport’s Phil McNulty asks if the Premier League has any team capable of succeeding in the 2014-15 Champions League. The Independent’s Tim Rich sees Manchester City advancing in the Champions League as justification for supporting the manager. The Guardian’s Jacob Steinberg picks up the discussion of whether or not we’re currently watching the worst season in Premier League history. The Telegraph’s Jason Burt questions some of the challenges Premier League referees allow.

The Washington Post’s Drew Harwell has the story of shoe designers leaving Nike for adidas and the lawsuit that followed.