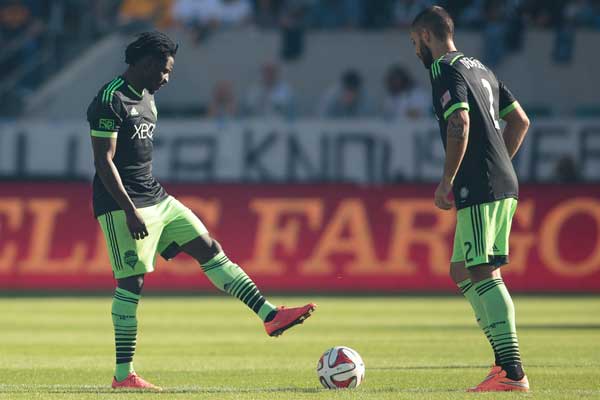 By Tony Edwards – San Jose, CA (Dec 16, 2014) US Soccer Players – MLS isn’t shy about messing with the playoff system. Over the years, the league has made the postseason a work in progress. Now, MLS is talking about designing the playoffs for the eventual 24-team version of the league. That means designing for 24 but imposing it on a 20-team league. The rationale is to build tradition and familiarity. However, that compounds a simple problem we already see with the other North American playoff leagues.

In the recently published 2015 Hardball Times Annual, an essay noted that during the 2014 Major League Baseball season, total team salary was less of a correlator of success than in past years. To give a very basic example, during the New York Yankees run of World Series championships in the late 1990s, they were also the highest spending team in baseball. During that time, you also had the New York Mets and other teams that had success also spending relatively high amounts on salary.

This year, while the San Francisco Giants won the World Series, high spending teams such as the Yankees, Boston Red Sox, Texas Rangers, and Toronto Blue Jays all failed to even make the playoffs. In the National League, first-market teams like the Mets and Chicago Cubs didn’t spend like first-market teams.

Why does a high rate of salary not equal ultimate success? The author of the essay posits that with the addition of the second wildcard, the advantage of winning a division to make the playoffs has lessened. That is, as recently as 21 years ago there were four total playoff spots in Major League Baseball. Now, there are five in each league. Hence, a team doesn’t necessarily have to spend to finish first in their division, but rather anywhere from first to fifth in their respective league.

It is only one data point, but two wildcard teams met in the World Series in 2014 while the bigger spending division winners such as the Los Angeles Dodgers and Angels did not. For all the talk of having to play Game 163 to make the playoffs, the MLB playoffs now resemble those of the National Hockey League and National Basketball Association. Health and getting hot at the right time are just as important as quality starting and relief pitching.

What does this mean for Major League Soccer? This past season, especially in the Western Conference, teams that spent their money wisely made the playoffs. “Spent their money” is just as important part of that phrase as is “wisely”. Maybe another way of saying it is to paraphrase Kasey Keller, those teams who got big performances from their higher paid players advanced. Those that didn’t, speaking broadly, didn’t. In the East, New England saw its investments pay off and even much-maligned Toronto improved significantly from their 2013 results.

So is there an advantage in finishing higher or does it matter, as long as you put a team together that is good enough to make the playoffs? It is a complicated question, because, say, in the Western Conference, what would it have taken to get past Real Salt Lake into 3rd-place? A payroll, and production, on par with Seattle and Los Angeles. How many MLS teams have the resources the Galaxy and Sounders have? What advantage would finishing third provide, other than avoiding a play-in game?

Stepping back a moment, if the playoffs break down to seeds 1 and 2 receiving a first round bye and seed 3 plays seed 6 and 4 plays 5, then is there a real difference between finishing third and fourth or between fifth and sixth? You can take that a step further: is there really a difference between third and sixth, as you’ve got the same road to the Cup, other than maybe having less time to sell playoff tickets.

If CONCACAF Champions League qualification is important to you as a franchise, then yes, there is value in finishing first. If you look at midweek trips to Panama and Guatemala as an issue, then no. The bigger point, however, is that it simply may not be worth it to spend at an LA/Seattle level. This is bad overall for MLS.

While the league has passed the days where you can win without spending real (for MLS) money, the results seem to indicate that there is no apparently advantage to finishing higher in the regular season as long as you are in the playoffs.

Does that mean franchises are more likely to look at their rosters before the transfer window opens and think, ‘we can finish third in the conference with the team we have, and the amount of outlay to catch first or second place isn’t worth the short-term hit?”

Given that there is seemingly no significant advantage to finishing first in a conference when it comes to playoff results, I fear franchises do look at it that way, thinking ‘we’re going to qualify and we’ll take our best shot with those who got us there.”

Competitive balance or parity or whatever you call it is fine. Giving fans hope each season is a legitimate option, unless you believe noncompetitive European leagues are the model to follow. I don’t, but MLS needs to find a way to encourage teams to spend money on players, to give more incentive and value to the regular season. That means going beyond another spot in the CCL if one team wins multiple trophies. Make it worth it for teams to pay their players or to make those acquisitions that might push them from fifth to third. Otherwise, the playoffs are a hindrance to improving the quality of MLS.