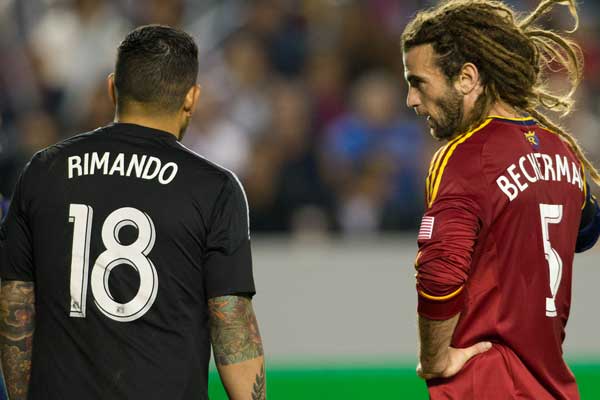 “Both personally and professionally, I’m extremely excited that our club has chosen to reward both Kyle and Nick for not only their incredible 2014 seasons for club and country, but their years of service here in Utah” Real Salt Lake coach Jeff Cassar said. “But it’s important to note that these moves also signal our appreciation for everything they’ve done to build this club, this league, this sport. They are the iconic faces of Real Salt Lake, they continue to play at Best XI-caliber levels – which will be vital as we head into CONCACAF in 2015 and deal with an extremely difficult Western Conference – and we are excited for them to lead us into the second decade of RSL.”

The San Jose Earthquakes also announced that 28-year-old forward Steven Lenhart has a new deal, keeping him with the club.

“We are happy to sign Steven to a new contract,” said Earthquakes head coach Dominic Kinnear. “When Steven is playing and being productive, we all know the team benefits from that. We’re looking forward to a productive season from him in 2015.”