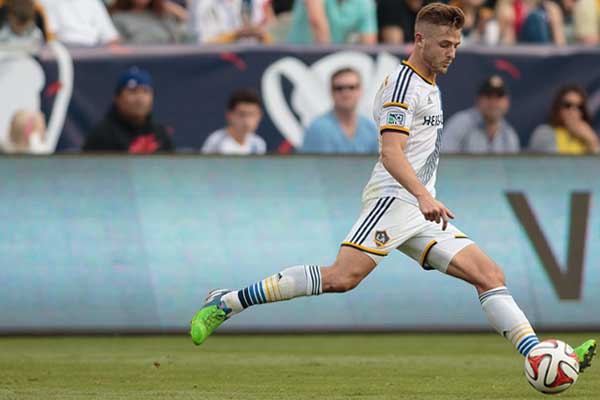 By Tony Edwards – San Jose, CA (Dec 9, 2014) US Soccer Players – Landon Donovan, Thierry Henry, Robbie Keane, Hassoun Camara. Most of the names are easily recognizable to MLS fans. The exception plays what might be one of the most important positions on the field.

Camara, a fullback with the Montreal Impact, made WhoScored.com’s MLS ‘team of the season,’ with an average game ranking of 7.2. The other 10 spots were exactly as you could have predicted, with maybe Robbie Rogers’s inclusion in the season and playoff-long Best XI at fullback something of a surprise. Then again, the way Rogers took to the fullback position this season is its own surprise. Especially considering how undervalued fullbacks are in MLS.

The official MLS Best XI dispensed with any issues picking fullbacks. Using a 343, they slotted in Bobby Boswell, Omar Gonzalez, and 2014 MLS Defender of the Year Chad Marshall. Three central defenders, all in conversation for the award Marshall won, but probably not an option if you were filling out the lineup sheet for a game that counts. What the disagreement between Best XIs shows compliments the league. There are enough options to make it a discussion at a critical position.

There’s a reason why the biggest loss to the USMNT this past summer might have been Steve Cherundolo. As a defender, Cherundolo understood what it took, in real time, to make the team better. That’s a very high bar for any player and it isn’t a slight to suggest there are very few of those fullbacks, if any, in MLS right now.

When you think of game-influencing fullbacks in MLS, you think of Rogers and the departing DeAndre Yedlin. Smarter people than me tell me Jordan Stewart was effective for San Jose, and Steven Beitashour went to the World Cup.

I’m missing others, probably the one on your team. The point is that while we’re in a silver age of central midfielders in the league, we’re seeing a lot of fullback positions maintained by players like Richard Eckersley. This is no knock against Eckersley, who started for a playoff team. It is an acknowledgement that in a salary cap league, some positions are going to get the low card. Right now, it’s fullback.

I’d also note that this happens in every sport, despite billions of dollars of good intentions. See many quality major league shortstops right now? Not many Dominic Haseks playing goal in the NHL right now either.

That’s only one reason, however. There are attributes good wide defenders have, which include more than just a lot of running. Pace helps, sure, but so does being two-footed, the ability to read the game, and most crucially, one-on-one defending.

When a player is younger, if you’re good, the coach is going to put you on or near the ball. If you have a hard shot, whether you can finish or not, you’re going to be put up front. If you are tall, probably center back.

Look, coaches are doing their best. It’s not easy to tell a parent that their kid is playing full back because when they get to U-16 or U-18 that player isn’t going to be an attacking mid or a forward. The likely result of that conversation is parents complaining, the player leaving the club, and the player not getting experience in a position where he or she could really thrive.

In the latest of several books about Bayern Munich coach Pep Guardiola, he talks at length about how the fullback and the wide midfielder should not be in the same vertical strip of the field. Practically, this means, say, if Arjen Robben is at the sideline, then the fullback should be 15 yards off the sideline. This is another way of occupying space both offensively and defensively. All fine if you have the talent and intelligence of a Robben and Lahm, say. That it requires a work rate that is pretty difficult to maintain in Frisco or Orlando in July shouldn’t be forgotten either.

These are only some of the reasons. It’s going to take a brave franchise to commit development resources or real money to make fullback the position it is elsewhere. Otherwise, we’re going to continue to see our best fullback prospects carted off as soon as they can get a work permit or a EU passport while we watch MLS teams try to sell us on hard-working journeymen.