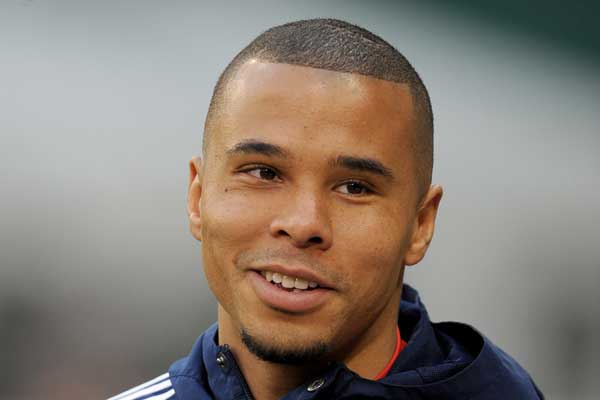 With the home of uplifting, storybook endings just up the road in Hollywood, Landon Donovan will take to the field at Stub Hub Center on Sunday with a chance to outdo anything the traditional home of the film industry could ever hope to dream up. Professional athletes rarely get a chance to go out on top, especially not in front of their own fans. Donovan’s circumstances are so special as to boggle the mind.

However, the all-time leading MLS goal scorer isn’t the only one with a chance to write a Hollywood ending to this particular season. Donovan’s narrative dominates because of who he is and his impending retirement. If we’re considering other players who might close the story of 2014 with ending fit for the movies, two other names come to mind. Their particular stories are compelling in their own right. Depending on the outcome of the game on Sunday, they might get their own chance to stand in the post-game glow of the spotlight.

Robbie Rogers joined the Galaxy as part of a trade that sent popular player Mike Magee to Chicago. Rogers had called it quits on his career just a few months before. A return to MLS was supposed to give him a chance to continue his career in a more welcoming environment than England, where he spent a difficult couple of seasons.

It didn’t go as planned, at least not in his first year back in the league. Rogers struggled to get on the field in his natural left wing position, leading to questions over the decision to trade away Magee. The spotlight placed on Rogers proved to be withering. Heading into his second season in LA, there was no guarantee it would get any better.

It did, in major part because of a plot twist. Injuries to LA’s first-choice left back, Todd Dunivant, forced Bruce Arena to look for alternatives. He found one in Rogers, who has thrived in the role since taking over at the position in May. The Galaxy were always going to be one of the better teams in MLS, even without Dunivant. It wouldn’t be wrong to say they might not have been quite this good if Rogers hadn’t adapted to an unfamiliar position so quickly.

Rogers figures to start against New England on Sunday, in the same left back spot he’s manned for six months. Helping the Galaxy to a championship as part of the starting eleven would cap a season made for the Hollywood screen.

There’s a chance for a Revolution player to get his own tinsel town ending, should New England pull an upset in Los Angeles. The story of Charlie Davies comeback from the 2009 car accident that nearly claimed his life and ended his career is well known. Until this season, it always lacked a satisfactorily climax.

Davies rushed back in amazing fashion from his injuries in 2010, but found regaining his trademark speed and goal-poaching ability difficult. Getting back on the field was an immense victory by itself, but at no point did Davies seem satisfied with that achievement.

The road to this moment – with Davies as a major part of the New England attack -was long and winding. Three stops over three years, in the form of a return to France post-accident, a loan to DC United, and a stint in Denmark with Randers FC underscored Davies search for a permanent home that could help him get back to this old production. The physical element of his comeback loomed large, but it’s just as likely that Davies needed a club that would give him a real chance.

The move to the Revolution in the summer of 2013 made a lot of sense. Davies is a New England native and played his college soccer up the road at Boston College. After spending the end of last season on loan, and despite playing in just four games without scoring a goal, Davies cancelled his Randers contract by mutual consent to join New England permanently this year. If there was ever a place where the striker was going to rediscover the type of electrifying ability that made him so exciting back in 2009, it was New England.

It took nearly five months for Davies to force himself into the lineup. Revolution head coach Jay Heaps tried several options at forward before deciding to give Davies a chance deep into the summer. What Davies brought to the team was less about his scoring and more about his ability to stretch defenses and create space for Lee Nguyen. Combined with the arrival of Jermaine Jones, it was Davies rise to prominence that made the Revolution the MLS Cup finalist they are today.

The scoring did eventually come. Davies scored three goals in the regular season, then exploded for four goals in just four playoff games. It was Davies that pushed New England out to a big lead against Columbus in the conference semifinals. It was Davies who scored twice against the Red Bulls to give the Revolution their Eastern Conference title and a shot at the MLS Cup.

On Sunday, Davies will have a chance to cap his long, difficult road back to the top of his game with big performance on the league’s biggest stage. He’ll have a chance to end his season, by far his best since his recovery, with a championship for his hometown team.

With all due respect to Landon Donovan, it hardly gets more Hollywood than that.