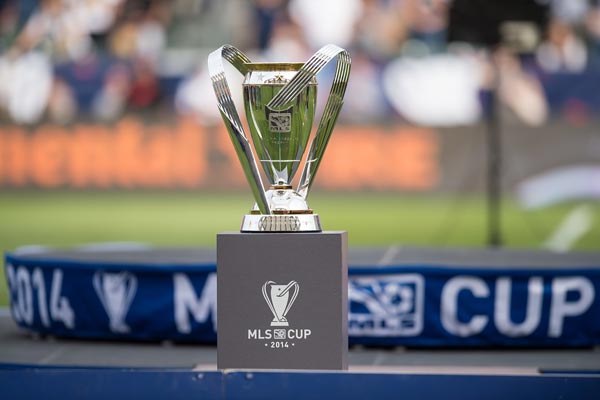 By Luis Bueno – CARSON, CA (Jan 29, 2015) US Soccer Players – When the LA Galaxy broke camp a week ago, several players were not with the team. Robbie Keane was wrapping up his offseason in Ireland. Oscar Sorto and Gyasi Zardes were with the USMNT while Steven Gerrard is still months away from reporting. Landon Donovan‘s absence wasn’t an issue.

“I don’t know if Landon has been in too many preseason camps to be honest,” longtime teammate Todd Dunivant said. “He’s always with the national team or Everton.”

There is one major difference this time around, though.

Donovan will not report to camp after most of his teammates did. Donovan won’t join the team for any preseason matches, either at home or abroad. Donovan won’t be part of the Galaxy’s lineup when the club opens the season on March 7 against the Chicago Fire.

Life in a post-Donovan world is the Galaxy’s new reality and entering the 2015 training camp is the major obstacle the club must resolve. The club has a bit of experience with this sort of thing. David Beckham left the Galaxy following the 2012 season, raising concerns then about the team’s ability to overcome such a loss.

There is a difference though between the two departures. Beckham was 37 and his exit was not surprising. Donovan will turn 33 later this month and physically had shown no signs of a drop-off in skills or ability. Had he returned, he certainly would have been a pivotal player.

Donovan’s impact though carried beyond the touchlines. He helped the Galaxy become the club it is today, a club that can realistically compete for championships each and every season. Before Donovan arrived in 2005, the Galaxy had just one MLS Cup trophy. After beating New England in the MLS Cup 2014 final, the Galaxy became the first MLS team to reach five titles.

Such expectations evolved with Donovan in the club, and that is perhaps his biggest legacy within the club. The club cannot expect to replace or forget about that anytime soon.

“We want to worry about who is here and can help us tomorrow, the next day,” Galaxy defender AJ De La Garza said, “but obviously Landon was a big part of this league and this country and there are going to be questions probably until the MLS Cup final if we’re there. There’s never an end to his story.”

The Galaxy did struggle without Beckham initially but recovered nicely and became just as strong of a team without him as they were in his final two seasons. The drop-off may not be as impactful in the short term this time around. The roster is strong in all areas. In Keane, the club has the reigning MLS Most Valuable Player and 16-goal scorer Zardes to guide the attack. Gerrard will bring star power and experience in the summer months as well.

“You can’t replace guys like that, like David and Landon, but you have to adapt. You have to find ways to make your team better and we’ve been able to do that throughout the years,” Dunivant said. “That’s going to be the challenge again.”