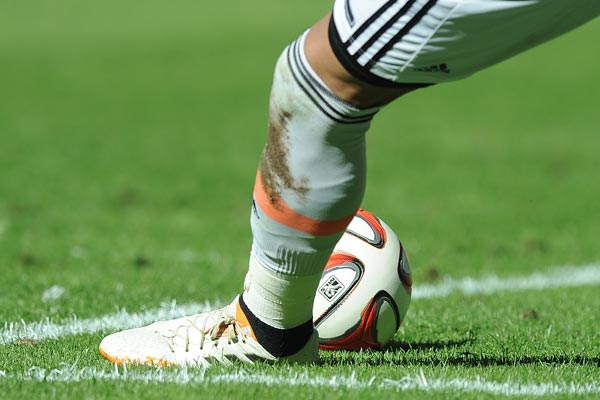 By Jason Davis – WASHINGTON, DC (Jan 9, 2015) US Soccer Players – The 2014 MLS Cup final ended before 3 o’clock Pacific time on December 7, capping the 9-plus month league season. Between the regular season and the playoffs, the MLS campaign covered some 275 days.

Less than 24 hours later, MLS teams started the furious process of remaking their rosters for the 2015 season. A host of transactions filled the soccer wire. A number of trades sent well-known names to new cities under the belief that the change of address might spur them to new heights. It all took place in a small, half-day trade window.

The window was short because there was other business to conduct. With two new clubs entering MLS in 2015, the league held an expansion draft a week after the MLS Cup final. Then the waiver draft. Then the first stage of the re-entry draft, that strange mechanism for sending unwanted players to new clubs taking place under the auspices of the soon-to-be-expired Collective Bargaining Agreement. The second stage came a week later, with more short trade windows interspersed in the time between them.

Then came the news, rumors, and controversy. Cubo Torres signed with Houston. 2014 finished, not with a whimper, but with a bang. The stories continued to fly fast and furious when the calendar turned to the New Year. Frank Lampard’s contract with NYCFC. Steven Gerrard signed with the LA Galaxy. Mike Petke shockingly fired from his post as head coach of the New York Red Bulls, followed by the quick announcement that Jesse Marsch would replace him.

A litany of name players, both American and foreign, swirled about MLS clubs in the rumor mill that dominates the winter season.

Now, players are gathering in Florida for the MLS combine, anxious to prove to MLS clubs that they have what it takes to move from the collegiate level to the professional one. Next week, the league holds its annual SuperDraft at the NSCAA convention in Philadelphia, where some of those combine attendees will hear their names called.

Undoubtedly, there will be more rumors, more trades, more stories. There are only a few weeks to go until teams meet up in various exotic locations to begin training together for the 2015 season. It’s not difficult to imagine MLS filling that time between now and then with more than enough fodder to keep the news cycle spinning.

Major League Soccer is now a year-round league. Not in the manner that would please USMNT coach Jurgen Klinsmann, who is constantly pushing MSL to extend its calendar, but in the manner that keeps fans talking from New Year to New Year. Though some of the things that filled this particular off season’s ticker (the dispersal of Chivas USA players, the expansion draft) do not happen every winter, MLS now provides enough fodder to make it unwise to divert attention, even for a moment.

Something is always happening.

Whether by design or by happenstance, MLS is very much following in the footsteps of the biggest league in America, the NFL. Soccer may never catch the National Football League for popularity in the United States, but what it might be able to do is keep its fans engaged through a 12-month calendar in much the same way that the NFL does.

Nothing symbolizes the NFL’s dominance of the American sports landscape like its ability to drive conversation and attract attention in the off season. For a sport with such a relatively short season, the amount of news the NFL generates from February to September is truly impressive.

It’s easier for MLS to cover the span between the final kick of the ball at MLS Cup and the opening of preseason work the following spring. That does not means it’s not impressive. If anything, the relatively thin shadow MLS casts on the American sports landscape makes it even more important that the league not lose fans through wandering minds during the period without games. The more activity that MLS can manufacture, the better they will be at maintaining a vigilant audience.

Should we give MLS commissioner Don Garber credit for the off season program of constant intrigue? The commissioner does come from NFL stock, one of their employees for sixteen years. If there’s anyone at MLS who might ascribe to the notion that filling the offseason with talking points is a recipe for success, it’s Garber. Among the many “NFL-like” attributes Garber brought to MLS over the course of the last 15 years, this one might be among the most effective.

It hardly matters if the news is “bad”, in the sense that it reflects negatively on the league or an individual team. Though Garber and MLS want to avoid poor publicity when possible, even the story of Frank Lampard’s lack of contract with NYCFC pushes the league into the spotlight. Fans and non-fans alike follow the story. Eyeballs on MLS increase. The cycle never finishes.

The MLS season is 275 days long, but MLS business covers every single day, all 365, of the year.