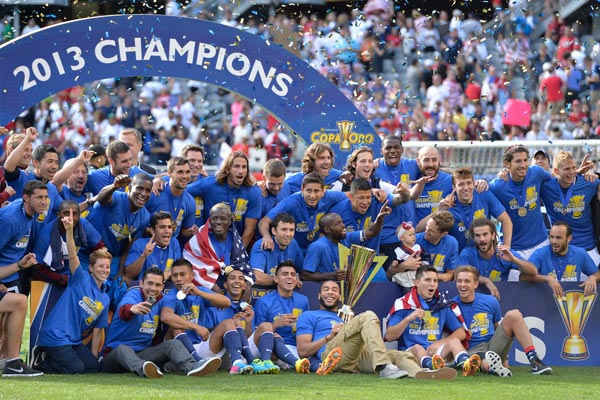 By Clemente Lisi – NEW YORK, NY (Jan 5, 2015) US Soccer Players – With the new year just a few days old, there are plenty of games, tournaments and events to look forward to on the 2015 soccer schedule. As always, the domestic and international soccer calendar is loaded with things to experience and comment on. From the MLS SuperDraft later this month to the MLS Cup final at the end of the year, there is no down time for American fans.

Around the world, the schedule is even more crowded. This is a year where the Asian Cup, Africa Cup of Nations, Gold Cup, and Copa America all take place over a span of seven months. These tournaments will involve either the USMNT or players currently in MLS. Again, American fans will be busy.

In Europe, meanwhile, the club season will culminate with the UEFA Champions League, a must-watch these days around the globe, while some American players still have the chance to lift some silverware come 2015.

With so many games and tournaments, here are 12 stops on the soccer schedule to focus on over the next 12 months:

The USMNT opens 2015 with a friendly on the road against Chile at the end of the month. Credit to US Soccer for lining up competitive opponents this year – most notably versus Switzerland (on March 31), Mexico (April 15), Netherlands (June 5), and Germany (June 10). That’s good for the USMNT as it prepares for this summer’s Gold Cup and Copa America Centenario in 2016.

It will be interesting to see how your favorite MLS teams fare at the January 15 draft. College soccer has many critics, but there have been some great finds over the past few years. Although the #1 pick often fades into obscurity, look to the later rounds for teams to uncover some hidden gems. Some of these past picks have gone on to great success in both MLS and the USMNT.

MLS teams will be preparing for the season in early February given that some are involved in the CONCACAF Champions League. One of the highlights of the MLS preseason is the FC Tucson Desert Diamond Cup. This year’s tournament will take place from February 18-28 and features the Colorado Rapids, New England Revolution, Montreal Impact, Real Salt Lake, Seattle Sounders, and Sporting Kansas City at the new North Kino Sports Complex. Another highlight is the Los Angeles Galaxy’s trip to Europe, where it will face Shamrock Rovers in Dublin on February 21 in a homecoming for striker Robbie Keane.

The league opens its 20th season when reigning champions the LA Galaxy will play its season-opener on March 6 against the Chicago Fire at StubHub Center. This is a transitional year for the Galaxy after the retirement of Landon Donovan. Rumors are already strong that the Galaxy will have a new designated player for 2015, but that might wait until the end of the European season.

This is the year the league welcomes two new teams. Orlando City opens at home against fellow MLS newcomer New York (minus midfielder Frank Lampard) on March 8. NYCFC plays its home opener on March 15 at Yankee Stadium against the New England Revolution.

There is still a chance for a team with a USMNT player to win this tournament. Tim Howard (Everton), Brad Friedel and DeAndre Yedlin (Tottenham), Sacha Kljestan (Anderlecht), and Fabian Johnson (Gladbach) are all in contention going into the Round of 32. The final is a single game on May 27 in Warsaw, Poland.

Will Real Madrid repeat? Can Manchester City finally achieve continental success? Will Barcelona reach the final again? Can Juventus repair Italian soccer’s image? All these questions wait for the knockout rounds. The final will take place June 6 in Berlin.

The tournament will take place in New Zealand from May 30-June 20. The USMNT, coached by former midfielder Tab Ramos, needs to first qualify out of CONCACAF. The qualifying tournament runs from January 9-24 in Jamaica. It will be key for the National Team’s future (and that of the U-23 Olympic side) that Ramos’s team qualify for the finals.

The USA will be looking to defend its title. The tournament runs from July 7-26 at various venues throughout the United States and, for the first time, Canada. There’s the added wrinkle of the CONCACAF playoff for the 2017 Confederations Cup. The USMNT already has a spot in that game by winning the 2013 Gold Cup, but they could advance automatically by winning this Gold Cup.

The USA is looking to win its first title since its epic run at home in 1999. Though the US Women are one of the pre-tournament favorites, they have a tough group D with Australia, Sweden, and Nigeria. The tournament runs from June 6 to July 5 in Canada. The United States plays their group games in Winnipeg and Vancouver.

Mexico and Jamaica represent CONCACAF at the tournament that runs from June 11-July 4. We’re a year away from the much-anticipated Copa America Centenario in 2016 that will take place in the United States.

The league typically holds its championship game during the first weekend of December. Can the Galaxy defend its crown or will MLS have a new champion in 2015?