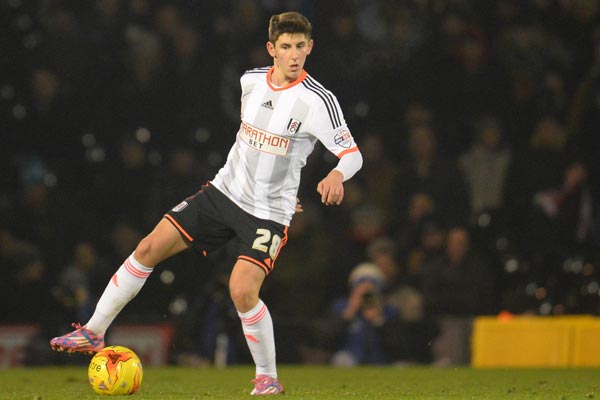 By Jason Davis – WASHINGTON, DC (Jan 7, 2015) US Soccer Players – First things first. There’s too much emphasis on the success of youth national teams when it comes to trying to divine the future talent available to senior sides. Deep runs in youth tournaments put on for players still working their way to consistent professional minutes do not indicate that the country in question will suddenly welcome in a wave a top talent that will lead them to World Cup glory.

Still, youth team success might indicate solid progress on a number of levels for an aspiring soccer nation. Good showings depend not just on the talent available, but on the coaching the youngsters get. When a program is working towards a holistic solution to questions of style and approach, winning and losing—and the manner in which those results come—is a referendum on those efforts.

Talent matters, but because of the hit-and-miss nature of developing players, getting too excited about a large group is a recipe for eventual disappointment.

It’s within that context that Tab Ramos called in 20 players for the 2015 CONCACAF U20 championships, beginning Friday in Jamaica. The team’s mandate is to win the tournament, not only because doing so means locking up a place in the 2015 FIFA U-20 World Cup later this year in New Zealand, but because that rising level of American players has driven expectations higher than ever.

Ramos’s group has fully professional players. That so many of his roster are on the books of professional clubs continues a trend that only came to the US U20 pool a few years ago. Gone is the large influence of the college game leading to a limited number of professional options. When MLS observers talk about the waning impact of the annual SuperDraft, it’s not just the Homegrown Player program they can point to as evidence. Instead, it’s the number of US youth internationals who bypassed college soccer for a chance to grow in the academy a professional club.

This is not a small shift. By virtue of joining pro teams in their teens, America’s top talent is now eating, breathing, and living the sport in ways their predecessors never dreamed. It’s a positive step, one that pulls the US youth player pool more in line with that of the top nations of the world. The fact that Ramos is not lacking for options already contributing to senior club squads is an obvious sign that US players are getting recognition at an earlier age.

It’s one thing to go from the college-heavy rosters of the past to a mostly professional group. What will truly lift the US into the elite tier of nations, and perhaps allow the country to win a trophy on the U20 level, is the inclusion of players already seeing the field with their club teams. Promising reservists are nice, but it’s those players who head coaches and managers have turned to in spite of their lean years who might help an American U-20 team succeed.

There are three names to underline on this roster. Emerson Hyndman, the Fulham midfielder, is making his name in England’s Championship at just 18. Hyndman is already on Jurgen Klinsmann’s radar for the full senior squad. Unlike contemporary Rubio Rubin, managed to secure a release from Fulham for the CONCACAF tournament. Ramos, unlike Klinsmann, faces a situation that doesn’t require clubs to let players go for many youth tournaments. Getting Hyndman in for the event in Jamaica is a coup for Ramos. It could also show Hyndman’s considerable skill as a rhythm man in central midfield to a wider audience.

Two other players contributing to their clubs at the top level are MLS names. Tommy Thompson of San Jose is an exciting, highly skilled attacker who could be a breakout star in 2015. The Quakes turned to the 19-year-old late in the 2014 campaign with their season already sunk. With a new stadium set to debut this year and Dom Kinnear on board as head coach, Thompson figures to be at the center of their plans. At U-20 level, he has significant talents as well as his senior experience. It’s worth nothing that Thompson does have one season of college experience at Indiana University.

FC Dallas defender Kellyn Acosta is the U-20 captain, and for good reason. A veteran of several US youth squads, Acosta is now a fixture in the back line for FCD despite being only 19. Possessing all of the needed skills to thrive as a right back, Acosta is also capable of stepping into the midfield when required. The homegrown movement in Dallas now has a perfect custodian in Oscar Pareja, a coach known for not hesitating to give responsibility to young players. Acosta is shining under Pareja, and his play for the U-20s could reveal that progress to the world.

Ramos may have the type of team that could achieve those things that have eluded US Soccer. Three full professionals alongside a host of players on the verge of breaking through with their own clubs teams make this team different enough for that to be possible.