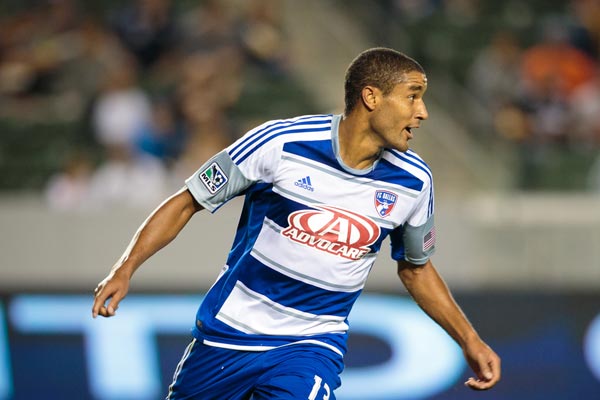 By Clemente Lisi – NEW YORK, NY (Jan 15, 2015) US Soccer Players – MLS coaches make it a point to be there every year. College players certainly think it’s a big deal, a process that can launch a pro career. Some fans even travel to see it in order let their voices be heard. The MLS SuperDraft is a destination for many, something we all circle on our calendars each January when the season is still dormant. However, as soccer continues to grow in this country, the question has to be asked: Does Major League Soccer need a draft?

The concept of a draft is very American. Indeed, America’s four major sports leagues have a draft since the best players in those sports – minus baseball – play at the college level. Soccer is very different. The game is dominated by the international transfer system, where players are bought and sold – a process that is also occurring this month.

The concept of the MLS SuperDraft came about in 2000 when the league merged its Supplemental Draft with the now-defunct College Draft. In recent years, the creation of Designated Player spots, academy programs, and minor league affiliations have potentially made the draft obsolete. This isn’t the NFL where a top-rated college quarterback will be the next big thing. In soccer, teams are wheeling and dealing on many fronts. MLS in 2015 is no different.

Despite all that, the draft still has a very important purpose. It may have waned in impact, but teams still consider it a way to rebuild their rosters and prepare for the upcoming season. Sporting Kansas City and the Houston Dynamo are just two clubs trying to use the 2015 SuperDraft to their advantage.

“Although more teams are signing Designated Players as well as players from their Academy programs, the SuperDraft is a great place to find talent that can help in the near term,” Sporting KC head coach Peter Vermes said. We have seen a lot of success through the draft with players such as Chance Myers, Matt Besler, Graham Zusi, Dom Dwyer and Roger Espinoza. We also drafted Teal Bunbury and C.J. Sapong, who played well in Kansas City before being traded. The L.A. Galaxy built an MLS Cup-winning defense around three players they drafted – (Omar) Gonzalez, (A.J.) DeLaGarza and (Sean) Franklin. There are always players in the draft who can contribute to your squad, you just need to put in the work to find them and be willing to put in the time to help develop them.”

Vermes added that a “great deal of prep work goes into each draft” — a process that starts in the fall during the college season and culminates in January.

“Our coaching staff watches numerous collegiate games throughout the year and even more as the conference tournaments begin. We want to know as much as we can about each of the draft eligible players, even if we don’t feel that player will fall to our draft position,” he said. “We spend considerable resources preparing for the draft and don’t foresee that changing any time soon. It’s tough to say who was the best player we drafted. (Matt) Besler and (Graham) Zusi were both great players coming out of college and each played in a World Cup last year. We drafted Espinoza and he has played in two World Cups and an Olympics. Dom Dwyer scored 22 goals last year. All have been tremendous additions to our club.”

Dynamo President Chris Canetti agreed. “Identifying players through our own youth academies and USL Pro affiliations is the future for MLS player development, but the MLS Draft serves a great purpose in finding players to build a roster, especially if a club has a top 10 pick. We have a top 10 pick in 2015 and are looking to find a player that will make an impact on our club this season. We hope we can find later picks that can be developed into valuable players over the years.”

Canetti also said the team’s front office and coaching staff spend a lot of time on the draft.

“A lot of prep work goes into the draft with regards to scouting college games, taking references from college coaches, and attending the MLS Combine. It is taken seriously by the technical staff. We try to make the best effort to make the best selection,” he said.

For Canetti, the best example of the draft working is the signing of Geoff Cameron.

“The best player we ever drafted and developed was Geoff Cameron, a third round pick out of the University of Rhode Island,” he said. “He became a starter, an MLS All-Star, US National Team player, and now plays for Stoke City in the EPL.”