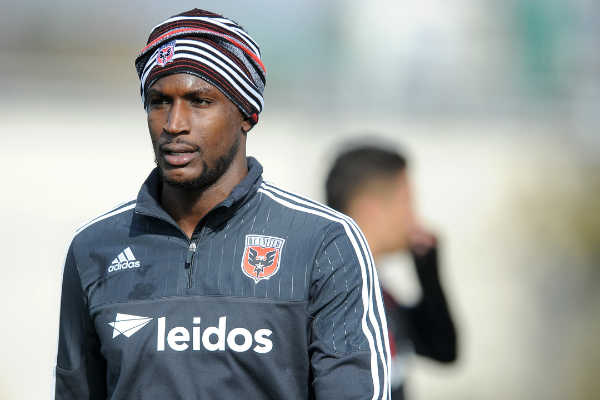 By Clemente Lisi – NEW YORK, NY (Feb 23, 2015) US Soccer Players – While most MLS teams have just now ramped up their preseason training, DC United fast-tracked its preparations. United returns to CONCACAF Champions League play with a quarterfinal clash this Thursday against Alajuelense of Costa Rica. For DC United, the possibility of going far in the tournament’s knockout stage presents a unique opportunity as well as fuels the potential to win the entire thing. That may be a tall order since Mexican clubs have traditionally dominated the tournament. DC United is hoping to defy those odds – something it has done many times before.

DC United will have to do what other Major League Soccer teams – most notably the LA Galaxy of the past few years – haven’t accomplished. If any team can do it, however, it’s DC United. The team was once not only a domestic giant, but a regional power as well. An original MLS club, DC United was one of the league’s most successful teams during those early years. Between 1996 and 1998, the team won eight titles. In 1998, the team may have had its best season ever — capturing the CONCACAF Champions Cup and the now-defunct Copa Interamericana versus Brazilian powerhouse Vasco de Gama.

For DC United, however, the past is just that. The future is the focus. This year, DC adds to a core group of players with the addition of several newcomers. The team started preseason on January 22, a week earlier than it did in 2014. They trained in Florida and Texas to avoid the cold weather that has plagued much of the country this winter. Under coach Ben Olsen, the team has gone through a radical transformation. At the start of preseason, Olsen had sized up the situation, telling DC United’s website: “It’s been a lot of hard work for the guys. … Getting fit and getting the group that will be on the field in Costa Rica on the same page.”

The team has been on the same page for some time. In 2013, United had the worst record in MLS. They went through a radical change a year later, winning the Eastern Conference and making the playoffs. In 2015, nothing short of a trophy will satisfy Olsen and the players.

“For as stable as DC United’s roster was over the off season, the core still remains, and the case could be made that depth was improved both from talent and cost perspectives, and some could potentially challenge for starting spots. … If there is a positive to the shorter preseason it is that, unlike 2014, the changes to the locker room have not been wholesale this time around, and most of the team knows one another and can react and respond accordingly,” said Ryan Keefer, who covers the team for the sports website SB Nation.

DC United has been impressive in preseason, highlighted by its 1-0 win (on a Chris Rolfe goal) against FC Dallas on February 16 to capture the ATX Pro Challenge title. In that game, Olsen played most of his starters, treating it as a real test before bringing in several reserves. One of those reserves was Michael Farfan, a player who could very well become a starter this year. The newly acquired Farfan could make a difference, but still needs integration into the squad. Although he has experience in both MLS and Liga MX – something that Olsen will be looking at – some question what Farfan can bring to the lineup.

“At a basic level, Michael Farfan may be a bit of an unknown quantity, largely because he has not had much playing time since Cruz Azul let him go,” noted Keefer. “Like Olsen’s acquisitions from the 2014 offseason, you have a player who knows MLS, can get tough if needed to but also has the talent to play in the league and seemed to be doing decently for himself until his coaches in Philadelphia made some questionable choices with deploying him. If he can bring back the form he had in Philadelphia – Olsen thought highly enough of him to get him onto the MLS All-Star team that defeated Chelsea in 2012 – then DC may have a steal on their hands with a player who could put Nick DeLeon to the bench. If he has some semblance of form, he would be a dangerous option to have coming off the bench in a late game.”

But Olsen said the past few weeks have been about prepping the team (the team finished preseason with a 2-2-2 record) rather than rebuilding. DC United plays the CONCACAF Champions League return leg on March 4 at RFK Stadium and opens the MLS season March 7, also at home, versus the Montreal Impact.

“(We have to) start to fine-tune who we are and get better. That’s the goal here,” Olsen told DC United’s website. “We have to get better if we want similar success from last year.”