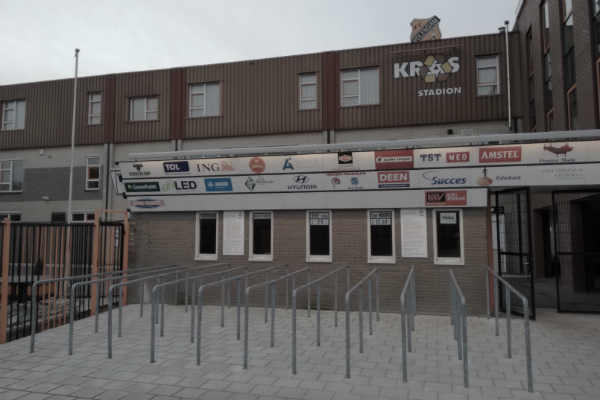 By J Hutcherson – WASHINGTON, DC (Feb 23, 2015) US Soccer Players – It’s easy to talk about promotion and relegation as an ideal. The plucky teams that get it together in a lower division and ending up one of the biggest clubs in the sport is a compelling story. For some, it’s one of the things other league pyramids in other countries get exactly right. It’s also what North American pro sports get fundamentally wrong. MLS gets the focus because they’re a soccer league, but there’s never been much call for promotion and relegation in major league American sports.

Baseball had a way of talking about its standings as first and second division back when only one team from each league qualified for the World Series. This was a competitive relegation within a league that was shorthand for irrelevancy, and sports fans all over the country knew it. A mediocre baseball team normally suffered its own version of economic relegation stuck in the lower tier of the league. Fans didn’t come.

That’s the part of true promotion and relegation that the proponents normally overlook. It’s not just that it works both ways. It’s that the relegated clubs can end up in situations where they built for one league while playing in another. All you need to do is watch a League Two highlights package and notice the teams playing in half filled or less stadiums. Then look where they’ve been. A club with any ambition builds for a better future. That’s left teams all over England with too much stadium, too many obligations, and unreasonable expectations.

Promotion and relegation tends to focus on what amounts to market forces as much as competitive ones. It’s supposedly a self correcting mechanism that can work to punish the poorly planned push to the top flight as much as it rewards justifiable ambition. However, in real terms it’s more of a disincentive than anything else. There are teams that make the Championship playoffs in England that know full well it’s too soon for a reasonable season in the Premier League. They know it, the pundits know it, the Premier League certainly knows it, and even the supporters deep down inside know it.

It’s hard to feign the appropriate level of supporter outrage when someone comes out and says it, like we saw with Serie A recently. Why should Serie A itself be all that interest in tiny clubs representing tiny metropolitan areas winning promotion? The organizers do have broadcast and sponsorship rights to consider. That is, if they’re doing their job. Good stories of parochial clubs moving up might get a slot in the Sunday New York Times, but that’s not likely to help increase the price of a rights package. It might also not have as much to do as some would like with an ideal of fair play and competition.

Last season, Excelsior won the promotion playoff from the second division to the topflight in the Netherlands. Until now, Excelsior existed as a subsidiary team of Feyenoord, the bigger club in Rotterdam. Excelsior shares a reserve team and an academy, to a large extent acting as Feyenoord’s second division affiliate. Like several leagues in Europe, the biggest clubs in the Netherlands have B teams playing a league down. These teams can’t be promoted or relegated. Feyenoord, one of the two or three biggest clubs in the country, didn’t have one. Why should they when they’ve already got Excelsior?

Except now Excelsior is a fellow Eredivisie team. On Sunday, the two of them met in a Rotterdam derby that very few people care about. Excelsior is a tiny club playing in a tiny stadium that holds around 3500 people. Their visit to Feyenoord’s 51,000-capacity De Kuip was a good opportunity to buy a cheap ticket to an Eredivisie game.

The reverse in a lot of European leagues is the same. The big clubs have no business literally and figuratively in a lower division. It’s not the same as Manchester City hauling their massive away support all over England when they were a lower division club. There’s not much need or place for one of the bigger Belgian clubs to experience life a league down, just as there’s not much call for a tiny club to get a season in the big league. It’s the same in France, Spain, and most of Europe.

Liga MX‘s pragmatic relegation where promoted clubs magically turn into the relegated ones might be the best response. If it doesn’t make sense, allow a way around it.

However romantic the ideal might sound, what baseball figured out in the very beginning of professional sports leagues still holds. By design, the National League closed itself off decades before the affiliate minor league system existed. Back in the 1870s, those other leagues were just that. The major league clubs bought players, the top of a system that had more professional baseball teams than currently exist.

Rejecting promotion and relegation as a concept isn’t anti sporting. Instead, it’s a realistic understanding of how professional sports can work. It’s also more future proof than promotion and relegation, better suited to the level of sports business that currently exists. Whether or not that’s a good thing is an entirely different question.