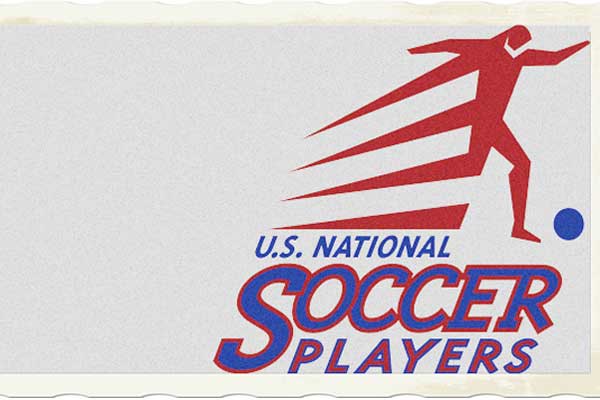 By Mark Levinstein – WASHINGTON, DC (Feb 17, 2015) US Soccer Players – The collective bargaining negotiations between MLS and the MLS Players Union have reached a point that’s familiar to any labor organization. We want to make clear that the US National Soccer Team Players Association has nothing to do with the ongoing negotiations over a new MLS collective bargaining agreement. Our organizations are completely separate. What we do share are some of our members, and both our MLS-based and foreign-based players agree that a new MLS CBA is important for the US National Team and the future of the sport of soccer in this country.

MLS is at a crossroads. The self-described “League of Choice” wants to put itself into the conversation when the world’s better players consider their options and when fans and sponsors and television companies decide what league to support. This means MLS wants to be a league that players in the prime of their careers will choose over other leagues. From an American point of view, it also means putting MLS in the same conversation as the other major team sports. None of that will ever happen when the starting salary in MLS is less than $100,000 per year.

That’s a full stop for MLS as it currently exists. So is the refusal to even address free agency, much less put MLS in the ballpark with the other major American professional sports (or any of the many professional soccer leagues around the world) when it comes to player movement.

Player movement rules in MLS are worse than they were in Major League Baseball in the early 1970s. The push for free agency in baseball was about breaking the reserve clause that tied players to clubs even after the completion of their contracts and allowing players a choice. In MLS, even the top players play where the league decides. For MLS players, the MLS is truly the “League of No Choice.” That has to change.

Unlike the history in Major League Baseball, the NFL, the NBA, or the NHL, in this case MLS has protection from any serious adverse financial consequences from the first introduction of free agency because of the existence of an MLS salary cap. The dire predictions from the MLS about free agency causing dramatically escalating team salaries make no sense when owners remain protected by the salary cap – free agency just means at some point in their career players will have some say in where they play, where they live, and where they raise their families. Players will not have to threaten to play overseas to get fair financial treatment. It is time MLS treated its players like their fellow professional athletes in the other major North American leagues and in soccer leagues around the World.

Another consequence of the absurd MLS minimum salaries is the compensation disparity we see on MLS teams. Top players making 200 times what their teammate does is a vastly greater salary disparity than any other American pro sport. That too has to end. It sends a clear message to the players as a whole and the fans. Some players are valued, most are not. MLS leaders increase the volume of that message by talking about a future of their league in which better players would fill those slots. It’s an insult to the current and past players to suggest that there’s no reason to pay them more.

MLS increases its revenue and team values through expansion fees, sponsorship, increased attendance at higher prices, stadiums built with taxpayer support, and broadcast rights, but the average MLS player should apparently be grateful to have his job. That’s not how you push any organization forward, much less a pro soccer league competing with every other pro soccer league available on American television.

MLS, not the players, is responsible for the current situation. But it’s the players who are now forced to shoulder the responsibility to cause that situation to change. The players have no choice but to demand major changes. That’s why you’re seeing everyone from the designated players to the rank and file supporting the message of the MLSPU. All have been patient – in our view, much too patient.

The players have trusted MLS owners to act for the benefit of the fans, the sport, and the league. That simply has not happened. Now, unless the MLS owners finally decide to do what they should have done years ago, the members of the MLSPU have to do whatever is necessary – strike, cancel an entire season, whatever it takes. MLS has to increase compensation to the rank and file, institute free agency, and improve the quality of the product. If the MLS does not want to take those steps in concert with the players, the players have no reasonable alternative but to force change.

MLS attracted investors and convinced them to lose money in the initial years by making a promise that MLS would prohibit player free agency or intra-league competition for players. Even if MLS prospered, the league would still constrict future player salaries and movement.

By the league’s very design, the owners operated with the idea that MLS players give up all choice. That basic bias against free agency is at the heart of the current version of MLS. The MLS has prospered and the current MLS players have a right to demand change now.

To refuse to continue to play under the current system, with the current minimum player salaries and the absence of free agency, is essential. It is perhaps unfair that MLS players may have to miss games and dramatically disrupt their careers, but they must be resolute and they must not waiver. They need to stand together for long-term change.

As much as MLS officials talk about the league’s vision for the future of major American club soccer, the players also have a vision. They make that clear every time a player discusses the goals for the next collective bargaining agreement. The players realize they have to act NOW. It’s not just for them. It’s for the fans, for the players who will come after them and, most important, for the development of the sport in this country.

Mark Levinstein is the acting Executive Director and outside General Counsel for the US National Soccer Team Players Association.