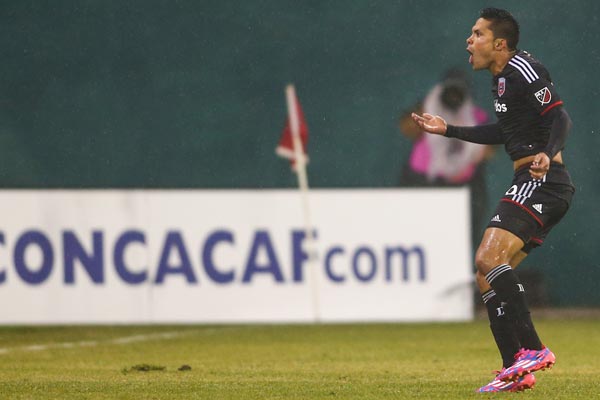 By Clemente Lisi – NEW YORK, NY (March 4, 2015) US Soccer Players – Major League Soccer kicks off its 20th season this Friday night when the reigning MLS Cup champions LA Galaxy hosts the Chicago Fire. MLS has come a long way in its two decades of existence. The league has grown from 10 teams into a 22-club circuit, rivaling the size of most European leagues.

Since 1996, soccer has grown immensely in this country. MLS attendance is now comparable to that of established sports leagues such as the NBA and NHL. The National Team has had a string of successes over the past two decades, highlighted by its quarterfinal appearance at the 2002 World Cup.

While the successes of the past highlight the power and importance of MLS, there is a lot to look forward to in the future. Here are 20 reasons to watch in 2015:

We saw it late last year. Look for it everywhere – from field signage and jersey sleeves to the Internet and marketing materials.

There are so many new ones. Jozy Altidore, David Villa and Sebastian Giovinco just to name three. Most of the attention will be on two Englishman: Frank Lampard and Steven Gerrard (both slated to come this summer to New York City FC and Los Angeles Galaxy, respectively) and whether they can do better than David Beckham.

Speaking of Altidore, MLS has become the place for American players in Europe to return. While some argue that it may hurt the National Team, it has made MLS better.

There have been six Brazilians who have entered the league since 2007 and none of them (Denilson, Geovani, Jeferson, Kleberson, Rafael and Gilberto) has had much success. This season will feature Orlando SC’s Kaka. It’s up to the former AC Milan/Real Madrid striker to break the jinx.

Orlando FC and NYCFC are joining MLS after the league contracted Chivas USA at the end of last season. Should be exciting to see how the fans react in these two massive markets and whether an expansion club can win MLS Cup.

Game attendance has been very good over the past few seasons. It remains to be seen if it can remain steady – or even grow – a year after the World Cup.

There’s more for everyone this year. The league’s new national TV schedule will feature a Univision Deportes game of the week on Friday nights and a FOX Sports 1 and ESPN doubleheader almost every Sunday afternoon. Both FOX Sports 1 and ESPN will simulcast their games on their Spanish-language networks (ESPN Deportes, FOX Deportes) and their online options (WatchESPN, FOX Sports GO). The choices are there. Let’s see if the ratings improve.

With more teams come more rivalries, both old and new ones, this season. The rivalries are officially on the schedule twice this season as part of Heineken presents “MLS Rivalry Week” on June 26-28 and Aug. 28-30. The first installment will include the Texas Derby on June 26 between FC Dallas and the Houston Dynamo.

The Red Bulls are no longer the only game in town. NYCFC won’t have to do much to match, even surpass, what the Red Bulls have failed to do on 20 years. These two will tangle for the first time on May 10 at Red Bull Arena. RBNY fans will argue that their team was around first, NYCFC supporters snicker that they are really NJ-based. Let the rivalry begin!

Two new teams also means that Sporting KC and Houston Dynamo moved to the Western Conference. That should make the West even more competitive than it has already been in recent years. As for the postseason, 12 teams will make the MLS Cup Playoffs, which start on Oct. 28. The MLS Cup Final, hosted by the team with the better regular season record, is either December 5-6 or Dec 12-13.

DC United started preseason early to prepare for the CONCACAF Champions League and will have played two competitive matches before the MLS season even begins. It’s an open question if that preparation will lead to fatigue over the arc of the next seven months. Montreal, meanwhile, is in a similar position after also playing in the quarterfinals. Coincidentally, both sides make their 2015 MLS debuts Saturday against each other.

Winners of the Supporters’ Shield last year, Seattle fell in the playoffs. This season, Seattle is once-again favored to win it all – but can Sigi Schmid’s squad finally lift the trophy? The team is minus defender DeAndre Yedlin, but the core remains.

There have been a lot of changes to the club just north of the border, but will it work this time? The club has hit the reboot button many times in the past to no success. 2015 has to be different, right?

That’s the expectation. Minus Landon Donovan, the Galaxy still have the pieces in place to be a preseason favorite. Donovan’s storybook finale in 2014 won’t be easily replicated and Robbie Keane will have to duplicate another MVP-like season if it even wants to get close to winning it all again.

No one can ever replace the most iconic player in MLS – and indeed – American history. Having said that, there are many Americans who can take over from where Donovan left. Seattle’s Clint Dempsey and Toronto’s Michael Bradley come to mind.

Last summer had the World Cup; this year it’s the Gold Cup. The CONCACAF championship runs for the entire month of July, a time when many MLS teams will be without key players. It will be vital for teams to have enough depth – either in the form of rookies and off the bench – in order to survive those absences.

San Jose will have a new home in Avaya Stadium, a soccer-specific venue that stacks up as one of the best in MLS. In addition, Orlando will play at the Citrus Bowl, while NYCFC will play at Yankee Stadium, both famed venues not known for housing soccer.

We know that MLS will spread to Atlanta and Los Angeles in 2017. Several other cities could join the league.

The league will likely add a second Florida franchise (pending the approval of a stadium) in Miami, while Commissioner Don Garber has identified four cities (Minneapolis, San Antonio, Austin and St. Louis) as under consideration.