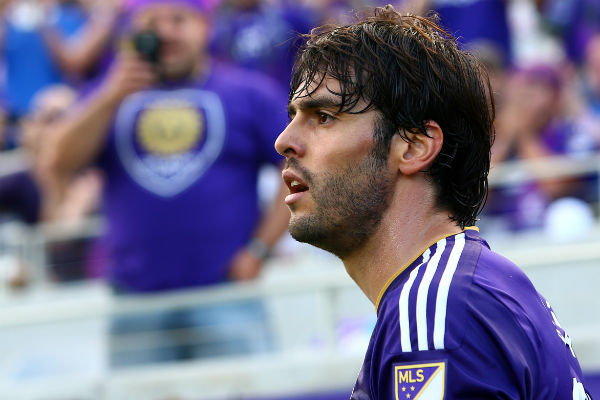 By Clemente Lisi – NEW YORK, NY (March 16, 2015) US Soccer Players – One of the highlights of the recent MLS off season was the flood of Designated Players, both American and foreign, who entered the league. Since the “Beckham Rule” was instituted in 2007, there have been many DPs that have come to the United States, achieving varying degrees of success.

Beckham still remains the bar for success in Major League Soccer when it comes to a foreign DP signings. Winner of two MLS Cups in his six seasons in the league, the former England international not only helped grow the game in this country — he was also a trailblazer. Indeed, many European players have credited Beckham for the reason why they signed on to play in MLS.

Following a scoring drought in the English Premier League, a rejuvenated Altidore is back in the US and looking to find the back of the net. Toronto FC is banking on Altidore and USA teammate Michael Bradley to lead the club to its first-ever playoff berth. Toronto spent money this year to win it all. Altidore will be one of the players who needs to make that happen. He had a great opening weekend (two goals) and MLS could be what Altidore needs to find his scoring pace once again.

The 32-year-old Brazilian still has what it takes to lead a team and Orlando City SC hopes that experience will get the expansion side far this season. He is the face of the franchise and one of the motivating factors for the enthusiasm across Florida. A marquee signing, Kaka will need to adapt to the rigors of MLS (from the travel to the summer heat) if he hopes to succeed this year. Orlando City is not like anything Kaka knew at AC Milan or Real Madrid, but he is still hungry for success.

One of two English players that everyone will be keeping a close eye on this summer. In the post-David Beckham era, the 36-year-old Lampard is about as big an English star that could join MLS. He still has a lot left in the tank, as seen at times this season with Manchester City, and should pair nicely with David Villa at New York City FC. Given what we’ve seen so far, NYCFC could use a technical player alongside Mix Diskerud in the midfield.

He’s the LA Galaxy’s answer to the retirement of Landon Donovan. The reigning champions hope the 34-year-old Liverpool legend can stay healthy and replicate the success of Robbie Keane. If he is able to do so, the Galaxy could be looking at another back-to-back title. Like Lampard, Gerrard should arrive this summer once the Premier League season comes to an end.

At 28, the former Juventus star is still in the prime of his career. That’s a welcome sign that MLS is not a retirement league for players in their 30s. Toronto FC hopes the cash spent on the diminutive player (he is nicknamed the “Atomic Ant”) will pay off in the end. There are some issues with Giovinco. Although he can play as a winger as well as a creative midfielder, Giovinco is not a physical player. He could find that MLS defenders are just as good as the ones in Serie A in keeping him off the score sheet.