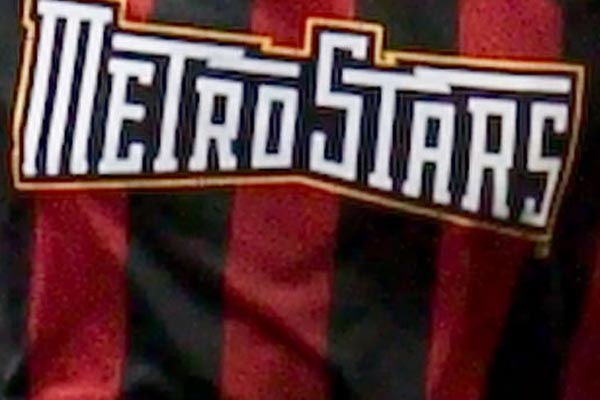 By Clemente Lisi – NEW YORK, NY (March 2, 2015) US Soccer Players – I vividly recall the excitement around the start of the 1996 MLS season. It was Year 1 for the league. The league was to serve as the legacy to the highly-successful 1994 World Cup. At the time, the country was not nearly as interested in soccer as it is today. The four major sports still dominated TV and the sports pages. The naysayers were out in force, telling everyone soccer was not going to make it in the land of baseball. The game was too boring, too ethnic and didn’t have enough scoring.

Twenty years later, those comments seem downright funny, quaint even. Major League Soccer is now a 20-team league with one club (NYCFC) co-owned by the New York Yankees, the most successful team in baseball history. The World Cup now pulls in big ratings (and a must-see for even non-soccer fans) and there are soccer-specific stadiums and training sites all over the country. Children play the game in record numbers and American players regularly play abroad, some with great success.

But let’s go back to 1996. I was in college at the time, a junior at Fordham University in New York City, and also sports editor of my school newspaper, The Observer. Somehow, I earned a season credential from the MetroStars communications office (they’d give one to anyone in those early days. I will always be grateful to then-communications director Jeff Bradley!). The team would play its games at the now-demolished Giants Stadium, which had once housed the mighty Cosmos. The parallels were inevitable. What we didn’t know at the time is just how short the MetroStars would pale in comparison that year — and for years to come – to Pele’s old club.

In those days, I got to see some of my favorites at Giants Stadium. Not on the field mind you. Although Tony Meola and Tab Ramos were impressive in the flesh, I was more interested in the sports writers who covered the team. Alex Yannis of the New York Times and Michael Lewis of the New York Daily News were the guys I read every day, gobbling up their articles and trying to imitate their style. Seeing them work in person was amazing to me. Better than anything I would learn in a classroom.

The team’s Media Day that year took place at Giants Stadium. After a lunch in the press box and an Eddie Firmani news conference, the reporters headed to the field, covered with grass for the home opener, to talk with the players. A large scrum gathered around Meola. After all, he was the best storyline that year. A local boy, Meola had grown up in New Jersey, the son of Italian immigrants, who had been one of the USA’s stars at the ’94 World Cup. Now he was guarding the net for the MetroStars.

I remember speaking in Italian with Nicola Caricola. A journeyman defender, Caricola was most famous for his time at Juventus. I remember seeing him on TVs during Serie A matches on Sunday mornings. Caricola’s arrival (and the impending one of AC Milan midfielder Roberto Donadoni) engendered some interest on the part of the Italian press, who also sent reporters and cameras to cover the team. One notable TV reporter, Franco Zuccala, was also there. A regular fixture on Italian state broadcaster RAI, he also produced a weekly Friday night soccer show for Italians living abroad that I never missed.

A lot went on that first season in the swamps of the Meadowlands. On the eve of MLS’s 20th season, here are some recollections from that topsy-turvy inaugural season and what stood out most for me:

Whether you believe in it or not, this is where it all began. The MetroStars played its home opener on April 20 before 46,826 fans, way above the 25,000 capacity originally set aside for the match. The MetroStars had a few chances to score (“No cheering in the press box,” Bradley would admonish on a microphone each time), but to no avail. With just 15 seconds left on the clock — it wound down to 0:00 in those days with no stoppage time – Caricola’s own goal sealed the 1-0 win for the New England Revolution. The press box goes silent as the Revs celebrate on the field. Superstitious fans would later blame the goal for the futility that will plague the franchise for years to come.

“I tried to kick it to the side, but somebody touched my heel on my left leg and I missed it,” Caricola was quoted in The New York Times the following day. “It’s very sad that it happened because I played well for 90 minutes.”

On May 4, the MetroStars came from behind, scoring three goals in a four-minute stretch (to this day, the most goals I have ever witnessed in such a short span of time) to down the Tampa Bay Mutiny, 4-3, in the shootout (remember those?). With Donadoni making his debut, the team recorded its first win in team history. Striker Giovanni Savarese tied the score with an amazing bicycle kick in the 75th minute and Ramos would net the winner in the shootout.

“I’d have a bigger smile if I had three points (rather than one as a result of the shootout win), but I’m happy with that considering the way things went,” Firmani said.

It was only a matter of time before General Manager Charlie Stillitano made a managerial tweak. Firmani, unable to get results after just eight games, resigned on May 24, just hours before the team was to take on Fiorentina of Italy in a friendly at Giants Stadium. The players are shocked. With Assistant Coach Ralph Perez on the sidelines, the team continued to play poorly as Gabriel Batistuta scored twice for the 4-0 victory. At the time, I was more impressed – as was everyone else – with the caliber of play in Serie A than anything I saw in MLS.

In a paper statement (these were the days before everyone had email or a cell phone), Firmani had said, “Things are not going well right now, and the team probably needs a change. I hope this will help get the team going in the right direction.”

After Firmani left, the team hired Carlo Queiroz a week later. The 43-year-old Portuguese native with a record of success, hired to instill a winning attitude and infuse some confidence in a team that just didn’t click. “I want to help in the development and progress of soccer in the United States and I’m grateful for the opportunity,” Queiroz said at a news conference. “It’s a challenge for me to accept this work and I will dedicate my energy and enthusiasm to the job.”

It never happened. He would leave at the end of the season for a coaching gig in Japan. The team would finish the regular season with a 12-17 record (with three shootout wins).

While the MetroStars struggled, the league was holding its first All-Star Game at the home of its flailing flagship franchise. On July 14, in a match that attracted 78,416 fans ( part of a doubleheader that also featured Brazil versus FIFA’s World All-Stars), the East took on the West.

The East, with Meola starting in goal, won, 3-2. Ramos and Savarese scored for the East to propel their side to victory. It may have been the one happy occasion for New York fans at Giants Stadium that year. Though the crowd was great, most were there to see the Brazilians. No matter. It made for a great day of marketing for the league, exposing many soccer fans to MLS who would have otherwise not come.

The MetroStars limped into the playoffs. There was a feeling the team could advance against DC United. Little did we know then that DC was embarking on what would be the league’s first real dynasty. Even with Donadoni on the team, there just weren’t enough pieces to make it click. My memories of him to this day remain one of a classy player who was doing what he could to make the players around him look better. This was not the AC Milan team of the 1980s and ‘90s.

The MetroStars were eliminated on October 2, marking the end of the ’96 season in much the same way every year for the past 20 have gone — without winning MLS Cup.