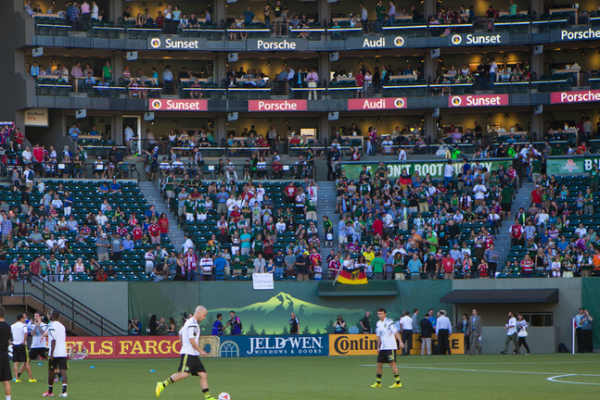 By Charles Boehm – WASHINGTON, DC (Mar 6, 2015) US Soccer Players – All-night talks over coffee, under glaring office lighting. Messengers ferrying back and forth along interior hallways between small-group talks. Reporters stamping their feet as they killed time on the icy sidewalks outside, peering in for the smallest tidbits of conversation or movement. This isn’t the norm for American soccer.

Major League Soccer and its players union, the MLSPU, took their collective bargaining agreement negotiations down reasonably close to the wire. Before time ran out, the two sides shook hands on a new five-year deal on Wednesday. That was slightly more than 48 hours before the scheduled kickoff of the 2015 season.

Organized labor isn’t as familiar as it used to be in the United State. After decades of concerted, well-funded attacks by its ideological adversaries, the labor movement is now home to a smaller proportion of American workers. So it was no great surprise that many of those outside the MLS negotiations weren’t up on the basics of collective bargaining. That certainly complicates our efforts to put this deal, details of which have trickled out in a steady stream over the past few days, in the proper context.

Just like their counterparts in myriad other trades, the MLS players entered into an old, carefully choreographed kabuki dance the moment they decided to stand up for basic compacts and long-withheld rights.

The offices of the Federal Mediation and Conciliation Service sits astride DC’s famous K Street corridor. They play host to a federally mandated and monitored negotiating process intended to provide structure and sanity for these situations. With loopholes to exploit and an array of tactics to employ, however, the reality can often be far more complicated. The ins and outs of the process are easier to manage if you’ve got time and money to burn. Those are both quantities not typically found in greater supply on the workers’ side.

As former MLS player Bobby Warshaw, now plying his trade in Norway, writes vividly, “CBA negotiation wasn’t played on the field, in the players’ territory, it was done in the board room, the owners’ and league executives turf, where strength and skill has a whole different meaning.”

In this case the employer, an ambitious, rapidly-growing entity which manages to paint itself as perpetually in the red while racking up new sources of revenue seemingly by the day. MLS held the upper hand in these talks from before day one, which dates back to MLSPU’s birth in the spring of 2003.

The relationship has been so one-sided for so long, in fact, that topics which would likely be pedestrian in other labor talks can appear like major concessions.

North American soccer has only rarely found itself in hale financial health at these negotiating tables. A survival mentality has ruled for so long that players’ requests are too often depicted as existential threats to the game itself, at least on these shores.

With a league subsequently designed specifically to keep labor in a de facto half-nelson, anyone seeking to reasonably assess of the achievements of the MLSPU must bear in mind not only the distance the players were able to push their bosses, but the austere tools they had to do so with.

Strike actions, much like corporal punishment and threats of military action in international politics, are weapons that must be wielded nimbly, and not to excess. Quotes from MLSPU members and their executive director, Bob Foose, make clear that they did not take Tuesday’s 18-1 “yes” strike vote lightly, nor did they expect the league to bend to their will after one week of games lost to a walkout.

“No matter what deal you’re negotiating, even if you’re negotiating on the street for a piece of fruit, you always wonder if you could’ve gotten it for less or found a better deal,” player representative Todd Dunivant told SI.com. “Ultimately, the deal we took was, in my mind and in the majority of guys’ minds, the best deal we could’ve received. That’s our job, to get the absolute best offer in front of us. It’s not the offer you think is fair. It’s not the offer you think we deserve. It’s ‘What is their best offer,’ and that’s what we had in front of us.”

There was a time in our history when more soccer fans might’ve been able to relate to the players’ predicament, because they were likely to have experienced such situations themselves. That is scarcely the case any more, in large part because the barons on the other side have made the entire planet their boardroom.

The beautiful game will survive, as it always has. Its players will, too, as they continue a struggle that began before they were born, and will continue long after they’re gone.