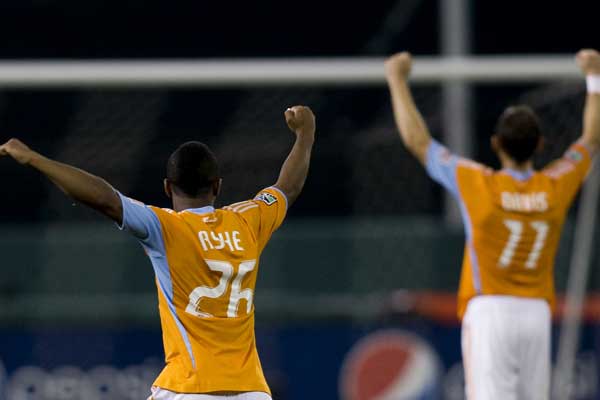 By Clemente Lisi – NEW YORK, NY (March 30, 2015) US Soccer Players – There are some players you expect to see in the lineup each weekend. Turn on Barcelona and there is Lionel Messi. The Argentine is not only a great player, but also the exception to this. Player loyalty is hard to come by in pro sports these days. Players often bounce from one team to another and soccer is no exception.

There are very few players who stay with one club for many years or an entire career. AC Milan’s Franco Baresi comes to mind. He played for 20 seasons with the Italian giants. Arsenal’s Tony Adams is also remembered for his loyalty, spending his entire 19-year career with the English club.

With its infusion of players from the US and abroad, Major League Soccer teams are loaded with plenty of talented players, many of whom have changed clubs several times during their careers. There are also those in MLS who have played for one club for many years.

So which player has been in the league longest with their club? Houston’s Brad Davis. The 33-year-old just entered his 10th MLS season with the Dynamo. Overall, Davis, a member of the USA’s 2014 World Cup team, is in his 14th MLS season. His longevity in the league – and as a Dynamo player in particular – is a statistic worthy of applause. It is no surprise that he is a fan favorite and the face of the Texas club.

A look at the top 5 players on the list includes four Americans. All four also have experience, of varying degree, playing for the USMNT. There’s another trend. All five play for either the Houston Dynamo or Real Salt Lake. Here are the top five players in MLS who have spent the most time with one club:

We already know that Davis is the player who has spent the most consecutive years at one club in one city. Davis moved with the relocated Earthquakes to Houston following a single season in San Jose. With 112 assists, Davis is in a tie for 4th-place on the all-time assists list. Davis is also ninth on the all-time list for games played with 338 regular-season appearances to start the 2015 season. The midfielder is also the club’s all-time leader in games, starts, and assists.

Davis’ teammate has only played for the Dynamo since he signed with the team in 2007. Ashe has played in 211 matches over that time with 18 assists and one goal. The speedy defender is widely considered one of the league’s best left backs.

The goalkeeper has been one of the best and most consistent over the past decade. A regular in goal for the USMNT, Rimando continued to impress last season as one of the league’s best goalkeepers. He finished the 2014 season with seven shutouts and a 1.04 goals against average in 24 games.

The RSL midfielder has been a leader on and off the field. Beckerman has played in MLS for 14 years, the last nine for RSL. Beckerman is also one of the best defensive players in MLS, but helps the offense as well. Overall, he has 35 career goals during the regular season. A star for the USMNT at the World Cup last year, Beckerman looks to be a mainstay for RSL for years to come.

Like Beckerman, the Argentine playmaker has been an essential member of RSL in the past few years. He had a career season last year, finishing 2014 with career-highs in goals (nine), appearances (30) and minutes played (2,645). Overall, Morales climbed to 19th on the league’s all-time assist list.