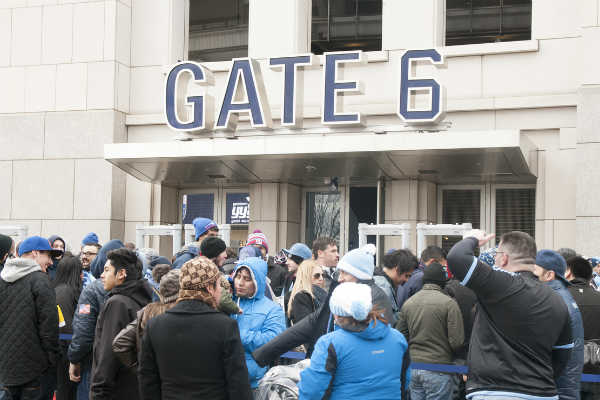 By J Hutcherson – WASHINGTON, DC (Mar 16, 2015) US Soccer Players  – It didn’t take long for even the national outlets to remind us that NYCFC isn’t a normal MLS expansion team. There’s the investor-operator, playing home games at a borrowed baseball stadium, and the fans of the club that didn’t exist until after MLS announced the team. All might be fair criticisms, but directing them at a team that’s played all of 180 minutes in Major League Soccer? Isn’t it a little early?

NYCFC certainly didn’t make it easy. Their missteps certainly didn’t reinvent what it means to struggle towards an opening day in MLS. We’ve seen most of them before. Chivas USA wrote the manual, with addendums by other teams who raised more questions than answers en route to playing games that counted in the MLS standings.

How much of this falls into the “tough but fair” category isn’t necessarily the right question. Every single MLS expansion team doesn’t tick every single box. None of them got it exactly right. Not the double winning 1998 Chicago Fire, who played through the Jorge Campos or Zach Thornton in goal controversy and had their own issues pleasing their new organized supporters. Not even the Seattle Sounders, who spent their debut season letting the rest of the league know how right they’d gotten it and how wrong everybody else was operating.

Still, it feels different with NYCFC. The points are broader, the critics unburdened by the benefit of the doubt for an expansion team. There’s a simple enough reason for this. In many ways, NYCFC quickly became a prop for criticizing MLS itself. This club, perhaps unlike any since Chivas USA, represents what a lot of people don’t like about Major League Soccer.

That list is easy to fill out. It’s the corporate aspect of assigning a team to a market without any groundswell of support. It’s fans inserting themselves into a culture that already exists in a market that already has a team. It’s the idea that a New York City-based MLS team was always part of the plan, and the rest of MLS should thank the league and this team for finally getting it done. It’s playing soccer in not just a baseball stadium, but Yankee Stadium. It’s the second MLS team closely tied to a bigger football club playing in a bigger league in another country. It’s too many fans suddenly interested in MLS when they didn’t support the MLS team across the river.

All of those are tough criticisms to shake, but we’ve been hearing and reading them for so long that they no longer have the same influence. In fact, the repetition calls into question the critics as much as it does NYCFC or MLS. We know all of this already. We get it. The better question right now is what it takes to move on.

Some would point to results on the field, but that’s only part of it. MLS didn’t get out of their own way by playing up their nice new NYC metro area rivalry. It’s one that may or may not exist since the two teams haven’t played. There’s also the attempt to go ahead and hash out and us vs them with the fan bases. Again, there might not be any need. Both are natural progressions that don’t need marketing help. If a rivalry happens, cool. If not, who really cares?

There are other teams in other markets to play, to dislike, and even raise to the level of rivalry. Letting that happen requires stepping back, and that’s something MLS normally has a hard time doing. Again, it’s criticizing the league through NYCFC. Of course, their fans are going to take a shot or two at the New York Red Bulls after their first home win. They’re also taking shots at the Revs and I’m sure someone at Yankee Stadium probably had something to say about the Galaxy. That’s being a sports fan. It doesn’t need a promotional campaign and a marketing plan.

What the critics of NYCFC don’t want to see is this team is no different than any other. There are no organic MLS teams after the first expansion game. 40,000 people don’t show up to USL games. The difference between the old fan base with those preexisting teams and the new ones is the difference between minor and major in the minds of mainstream American sports fans. That’s exactly what we saw at Yankee Stadium on Sunday night, a new team treated like a major league club. Isn’t that what anybody remotely interested in American professional soccer wants?