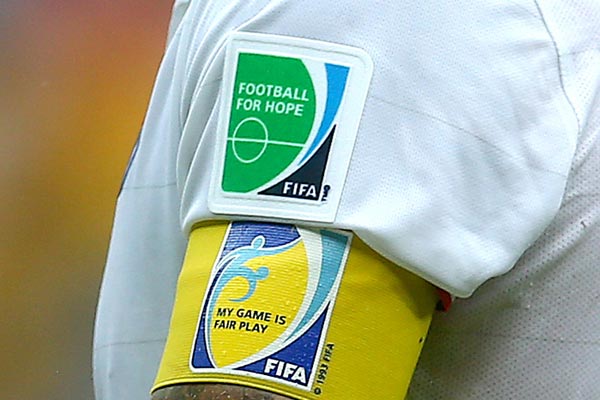 By J Hutcherson (Oct 28, 2015) US Soccer Players – In a lengthy interview with the Russian News Agency, suspended FIFA president Sepp Blatter decided it was time to talk. With FIFA officially confirming the seven presidential candidates for February’s election, Blatter’s timing is certainly interesting. If he wanted to take over the FIFA political conversation on a Wednesday in late October, he certainly managed to do just that.

Blatter has always done a nice job separating himself from the office he holds. Things can happen to Blatter the individual and things can happen to the FIFA president, and that can mean different things. Blatter uses that distinction to draw the office into global politics. That he happens to hold it begins to seem like an inconvenience.

It’s the office and the bureaucracy that supports it that’s always been key to how Blatter defines his role. That’s important because the FIFA presidency looked more like an oligarchy prior to Blatter. The president and his key personnel made the decisions. Blatter extended that to a committee system with real influence. He’s not kidding when he talks about the power of the FIFA committee system. It’s not just the executive committee. Other parts of FIFA have real influence.

There’s an easy argument that the spreading of that influence is part of the problem with FIFA. Blatter is also quick to point out the bad actor scenario, that his office isn’t the moral compass and arbitrator for individuals holding key FIFA positions. He’s right, of course, but he helped to build a system creating those roles and spreading that influence.

In his conversation with the Russian News Agency, Blatter uses the US Department of Justice investigation to make a bigger point about FIFA.

“Because even speaking about the American takeover of FIFA – football, the real football, where is the real money, where are the good players, the good competition – it’s Europe,” he said. “They cannot take it. It’s not the way Americans would have business. I don’t think it is in their business thinking.”

He’s not wrong, but skewing his point is that it’s the United States pushing the corruption investigation and the indictments of soccer politicians. The quick response from American soccer fans is handwringing over the possibilities of seeing another World Cup played on US soil, but that’s also part of Blatter’s point. It’s the policies of control, keeping people in line, and stressing the very real consequences of global soccer politics. Even the best reform movement isn’t likely to change that.

Confronting that reality is the serious work world soccer faces. It’s taking across the board accountability, but that too will only go so far in the real world. Perhaps inadvertently, Blatter hit on FIFA’s big picture issue. Games on the schedule and the practical value of the organization. Blatter is half right about one and completely wrong about the other. The games continue, something he uses to show that the organization is sound even with the bad actors. Of course the games continue. Without them, FIFA grinds to a halt and the focus becomes stifling to fix the problems. His opinion that FIFA itself “is the most valuable institution in the world” is a bit much.

Honestly, it’s that self-perception that’s turned an organization that’s main task is keeping those games on the schedule into this bureaucratic nightmare. The politics got the better of the administration. The money helped that administration lose sight of itself. This leaves soccer with a broken bureaucracy that’s not even in service to its architects anymore. FIFA’s immediate future is making managing it someone else’s problem.