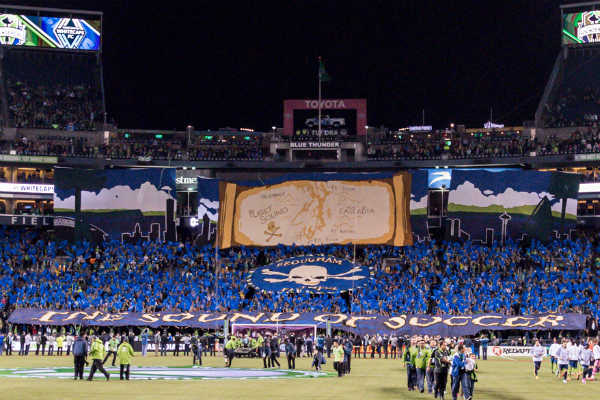 By Charles Boehm – BALTIMORE, MD (Jan 21, 2016) US Soccer Players – Do you like MLS? Do you hate it? How do you feel about the US Soccer Federation, and the functionality (or lack thereof) of the wider North American soccer landscape in general?

If you have strong feelings in either direction here, events of the past week will probably have reinforced your predetermined notions about all of the above. That’s probably unfortunate for you, as well as the wider public discussion you’re likely taking part in about the present and future states of the USMNT.

This month, Jordan Morris spent a week and a half with Werder Bremen after a glittering college career and a historic early accession to the US National Team. The Bundesliga side liked what they saw and sounded more than ready to make a deal. Morris elected to head home. Instead of Germany, he signed the record MLS Homegrown contract that the Seattle Sounders have had waiting for him for months. That move became official at a packed press conference on Thursday.

“Jordan is one of a growing generation of young man who are growing up in a time when they know nothing else other than MLS existing,” said Sounders owner Adrian Hanauer. “[They] have a connection to the clubs in the markets that they grew up in. You can argue about the soccer piece, but if we’re doing what’s right and putting the Sounders in young players’ hearts, then hopefully those heartstrings are tough to break and a player weighting his options leans towards signing for the Sounders. With that, though, we feel a high level of responsibility.

“There is no soccer organization in the world, full stop, that cares more about the development of Jordan Morris, as a young man and as a soccer player, than the Sounders.”

Observers of all kinds have, of course, turned this situation into any number of litmus tests for MLS, for the USMNT, for Jurgen Klinsmann, for young American players at large.

Why didn’t Morris seize the chance to play in a top European league with both hands? Why did the advice of Klinsmann and his staff – who only halfheartedly denied the multiple German media reports quoting assistant coach Andi Herzog saying they wanted as many US internationals as possible in Europe – apparently go unheeded? And why is arguably the country’s top young player, at age 21, only now entering a fully professional environment when both MLS and USSF have been laboring for several years to streamline the pathway from youth to pro soccer?

Conversely: Why is a relegation-threatened German club, one effectively thrashing for air in a stormy sea, automatically considered a better environment for Morris than the ambitious hometown club that knows him and cares about him – and is writing a sizeable check to prove it? What’s so unnatural about playing for your local side, especially one that employs your father? Why shouldn’t MLS aim to keep hold of the most promising talents in the United States and Canada?

As with so many other soccer arguments, all too many people have approached this debate with conclusions in hand, seeking only enough information to justify their preconceived notions. Much the same can be said for previous scenarios similar to Morris’s, including Landon Donovan, Rubio Rubin, Junior Flores, Paul Arriola – and the list goes on and on.

For those intent on spreading or defending big ideas, they only need the outlines to detect the continuation of wider patterns, be they positive or negative. Leading “movements” or “revolutions” means inspiring slogans and simple talking points, leaving little to no space for context, detail, and nuance. No matter how much you or your “movement” professes to care about the game, these cases are fundamentally personal in nature, and simply must be approached as such.

“I refuse to make Jordan a symbol or a pawn in anything. Time will tell,” noted Sounders general manager Garth Lagerwey, a former DC United TV commentator who witnessed firsthand the Freddy Adu chapter more than a decade ago. “History will write whether or not this was a big moment … We’ll let that play out.”

Jordan Morris makes a poor stalking horse for your ideological struggle. Few players in US soccer history have been as empowered by choice, knowledge and wise guidance as he has in making his decision. Regardless of where he’ll ultimately be ranked in the talent matrix of American players, that part of his case should be the role model for others who follow him.

Morris was offered a hefty rookie salary (by MLS standards) and a nurturing family environment on one hand, and a competitive, open-minded club in a world-class league on the other. He didn’t have to choose between a poverty-line wage and a fleeting trial in a strange, hostile place. He wasn’t forced to turn his back on a blue-chip college education before he was ready, and he was given no ultimatums by those in a greater position of power.

Those factors alone make him the envy of the vast majority of US talents who for years have searched far and wide for a stable professional home and a chance to grow into better versions of themselves. If there’s anything revolutionary about Morris, a thrilling prospect with much still to prove, it’s that.