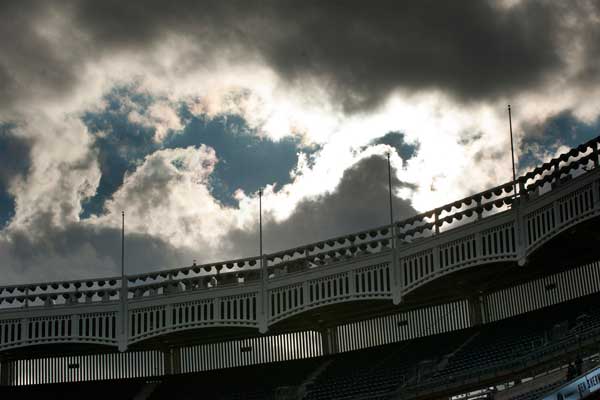 Maybe it’s not fair to Vieira to even imagine that he could be like Gullit. The Dutch footballing great arrived in LA back in 2007 with absolutely no idea – and seemingly no interest – in navigating the arcane MLS system of rules and debilitating array of weather, travel, and altitude. The comparison is worth making for the simple reason that Vieira is a foreign coach new to MLS. Gullit is the point of comparison for every foreign playing great turned coach new to MLS.

Vieira sounded earnest and enthusiastic when introduced to the media at a press conference at Yankee Stadium on Wednesday. He spoke of tackling those same rules and regulations that so confounded Gullit back in the dawn of the Beckham Era. His first anecdotes of learning the ropes in MLS involved the draft, that odd American mechanism for delivering amateur players (and the occasional foreign pro) to teams with the player having much of a say. Many of the questions he answered proved his knowledge of the group of players he inherits as boss of a second year MLS franchise, a group that is nothing if not eclectic in their makeup.

There’s no doubt that Vieira studied up before jumping across the Atlantic. He didn’t hesitate to heap pressure on the shoulders of a pair of players. The same pair of players most NYCFC fans would identify as crucial to the future of the team beyond the Lampard, Pirlo, and Villa era.

Vieria sounds like any other new MLS coach taking on a difficult job (because why else would it be available?), laying out the hard route ahead while at the same time speaking so positively it strains credulity. The only difference is that he’s PATRICK VIEIRA, a man who’s playing career still resonates will billions of people around the world less than five year after it ended. His playing resume is storied and incredible. It makes him one of the two or three best former players to ever take on an MLS head coaching role. If not for Gullit, he’d be the most famous.

“It was the best project for myself. To coach a first team in football,” Vieira said of taking the NYCFC job. “I had different offers, but this was the best because of the dimension of the project, and the people that surround the football club. I wanted to work with people that I trust and I believe. Knowing that I will have the full support to do my job as best as I can. When you put everything together that was the best choice for me.”

If Vieira sounds like a company man, that’s because he is. Like the Japanese plant manager sent to the the US to teach his automaker employer’s process to foreigners, Vieira has been dispatched by City Football Group to right the NYCFC ship and make all that money spent on aging stars (Lampard, Pirlo, and Villa–combined age, 107) count for something by imposing the Manchester City brand of success. What CFG surely recognizes about its foray Stateside is that the newness of the club will wear off quickly. They have to win.

Give Vieira credit for putting distance between Manchester and New York City in his first public comments. He can do nothing to help the image that he’s getting seasoning at one of the parent club’s “minor league” outfits, but he can do his best to dispel the notion that he’ll simply port over the Manchester City style to his new team.

What does that mean? Right now, it hardly matters. Vieira did speak of using the pressing game that is suddenly so in vogue across the football world. Funnily enough, it was a high press approach that help Vieira new rival across the river, Red Bulls boss Jesse Marsch, have so much success in his first year at that club. Of course, Vieira’s degree of difficulty is a little higher, considering the aforementioned advanced ages of his highest paid players.

The issue of Jason Kreis’s firing aside, Vieira is a much better fit for the NYCFC job than it might first appear. Wednesday’s unveiling only reinforced that fact. Vieira is exceedingly young for a head coach at this leave (he’s just 39), but carries with him a pedigree that will earn him respect from the highest and lowest paid players alike. Because of his age he’s anxious to learn how to manage a first team, and that openness to learning means he well-equipped to deal with the MLS rulebook.

On Wednesday at Yankee Stadium, Vieira didn’t put a foot wrong as he elucidated his thoughts on taking one of the most unique coaching positions in world football. It was a performance reminiscent of his time patrolling the Arsenal midfield, back when he ranked among the best two-way players in the game.

If Vieira can continue the trend, there will be question that he’s no Ruud Gullit. Not just because he arrived in the MLS coaching ranks prepared all of the ways Gullit wasn’t, but because he’ll team will have succeeded on the field where Gullit’s didn’t.