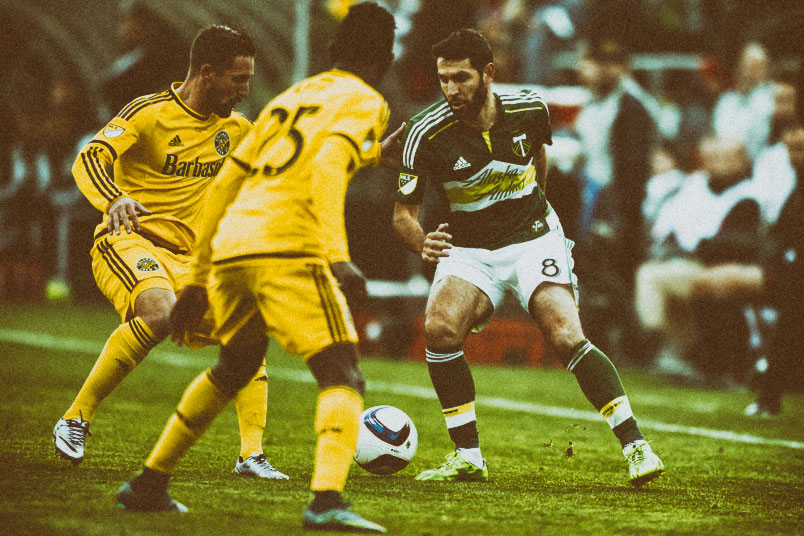 By Clemente Lisi – NEW YORK, NY (Apr 25, 2016) US Soccer Players – Players from across the globe call MLS home. While Europeans like Andrea Pirlo and David Villa have grabbed a lot of the attention, it has been imports from South America – specifically Argentina – who have achieved success. MLS has benefited immensely as Argentines continue to join the league thanks to a talent pipeline that has been in place for several years.

The movement of players between MLS and Argentine-based clubs has been mutually beneficial, giving players the chance to compete at a high level while allowing the league to showcase creative talent. Since Major League Soccer’s inception in 1996, there have been 93 Argentines in the league. There are currently 24 and that list includes Diego Valeri and Lucas Melano, both MLS Cup winners with the Portland Timbers last season, as well as Ignacio Piatti of Montreal Impact, Fabian Espindola of DC United, and Mauro Diaz of FC Dallas.

Last year’s MLS Cup Final featured Valeri against Federico Higuain of the Columbus Crew, two of the best playmakers in the league. The Timbers, in particular, have been able to successfully scout for talent in soccer-mad Argentina, a country of 43 million people that produces an extraordinary amount of players. The best of those players – like Lionel Messi and Sergio Aguero – typically sign lucrative contracts with big-name European clubs. But those who still yearn to play abroad have found a place to play in Mexico, Costa Rica, and Chile, with many of those same players opting for MLS. Argentine players have had a tendency to adjust to American life and the league’s physical style faster than players from other countries.

“I wanted to come here (to Portland),” Melano, one of five players from Argentina on Caleb Porter’s roster, told reporters last year at his introductory news conference. “There are a lot of Argentines on the team as well.”

Argentina’s domestic league features some of the continent’s biggest clubs like Boca Juniors and River Plate. Confetti-strewn fields, fans hurling toilet-paper at either ends of goal and famous venues like the Monumental in Buenos Aires make for some great futbol. It is great that so many players who have come from this environment are now calling MLS home.

One of the most-successful Argentines in MLS history was Guillermo Barros Schelotto, who had spent 10 years at Boca Juniors. In 2007, he traded the famed La Bombonera stadium to sign with Columbus. The attacking midfielder led Columbus to an MLS Cup in 2008 and scored 32 goals in 102 regular-season matches. Barros Schelotto’s arrival was part of a wave of Argentines that came into the league a few years back, a movement spearheaded at the time by Real Salt Lake. The Utah-based club, in its quest for national and regional dominance, heavily scouted South American players and were the first to establish a relationship with Argentina’s Primera Division sides. One man, Alejando Taraciuk has been at the helm of this movement. A native of Argentina, Taraciuk has worked closely with MLS to get Argentine players signed. He is the reason why Espindola and Javier Morales moved to RSL.

While playmakers and strikers make up the majority of the MLS-bound contingent, there have also been defenders. The San Jose Earthquakes acquired 29-year-old center back Andres Imperiale in January from Costa Rica’s Deportivo Saprissa to help shore up its backline. With starter Clarence Goodson injured this season, Imperiale has been a strong stand-in.

“He’s calm under pressure; he’s a smart defender,” said Quakes coach Dominic Kinnear. “He rarely puts a wrong foot on both sides of the ball. I think he’s been a good pick-up for us.”

New York Red Bulls General Manager Ali Curtis acquired midfielder Gonzalo Veron last year as a Designated Player from Argentine club San Lorenzo, a club many MLS teams like to scout for talent. The 26-year-old Veron, Curtis’ first DP signing as GM, is also the first DP in Red Bulls history who was brought in solely for his technical abilities rather than a marketing tool to draw fans.

“Argentina is a market that a lot of MLS clubs frequent,” Curtis said. “San Lorenzo is a fantastic team that’s on everyone’s radar within the (American) soccer community and CONCACAF, especially. So that’s a market that you want to be in, you want to have your pulse on. There’s a lot of talent in Argentina and we’ll look for more talent there moving forward.”

When DC United wanted to revamp its lineup ahead of the 2016 season, it acquired creative playmaker Luciano Acosta. Just 21 and 5-foot-3, Acosta came through the Boca Juniors system and signed with DC United this past February. He has struggled this season, although coach Ben Olsen referred to him as “a special talent.” This past Saturday, Acosta shined, scoring a spectacular chip-shot goal from 25 yards out in a 3-0 win at home versus New England.

If history is any guide, Acosta will be a great player for DC and MLS. After all, some of Argentina’s finest players have contributed immensely to making MLS an entertaining league.