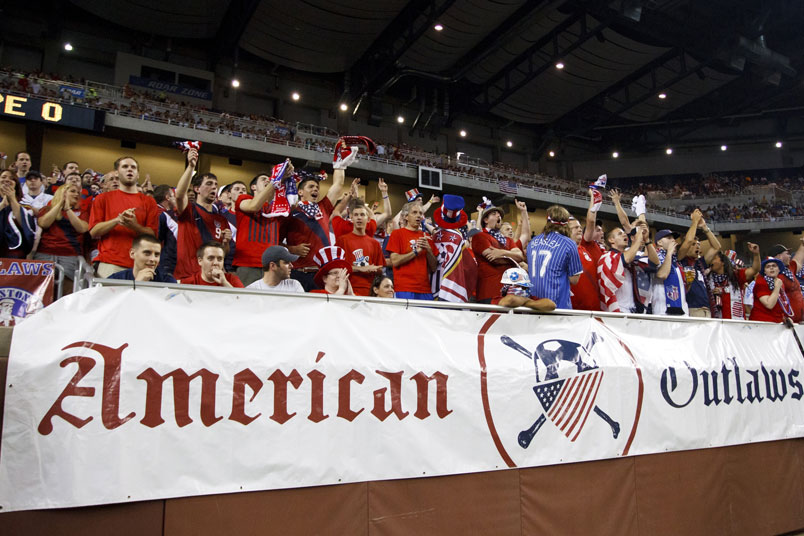 By Jason Davis – WASHINGTON, DC (Apr 29, 2016) US Soccer Players – Step right up, Detroit. You’re the next contestant on the price (of an MLS expansion franchise) is right (for an elite group of wealthy developers looking for an anchor for a new mixed-use project).

The MLS expansion news cycle presents very differently depending on your perspective. Nationally, the news that two uber-rich NBA owners are combining forces to try and bring top division soccer to the city of Detroit hits outlets with great fanfare and acclaim. That Tom Gores and Dan Gilbert are interested in that league for that city is yet another indication of how attractive MLS is to some of the most powerful names in sports, and why the future size of Major League Soccer remains undetermined. With MLS pushing hard for urban stadiums in major media markets, and Gores and Gilbert proposing a $1 billion project on the site of an unfinished jail in downtown Detroit complete with provocative renderings no one expected to see, there’s plenty of reason to find excitement in the news.

Locally, however, the story is much more about shades of gray. There’s undoubtedly a group of soccer fans in southeast Michigan (and a little beyond) who are thrilled to hear about the expansion bid. Soccer is not immune to the “best and brightest” theory of American sports marketing that provides for most fans to be attracted to whatever is the highest possible level of the game. If you don’t live in Detroit or Wayne County, the business of who owns the land or whether the unfinished jail ever opens probably isn’t all that important. Big time soccer is worth whatever it takes, and besides, rich developers taking advantage of municipalities is par for the course.

Some people aren’t so sure about MLS in Detroit. That group includes Wayne County itself, who remains at least nominally committed to completing the jail project, especially since it reportedly costs the county over $1 million a month in debt service. A statement from the county’s executive office indicates that the announcement by the MLS bidders, complete with commissioner Don Garber on hand to highlight the importance of a stadium being built on on that specific site, was nothing more than a showy attempt to lay claim to a plot of land Gores and Gilbert currently have no control over. A mention of two other possible sites rings hollow, especially since the renderings of the proposed stadium only depicted the jail location.

A fuller examination of the details around the site and this expansion bid can’t help but leave the bitter taste of cynicism in your mouth. An MLS team in Detroit could very well be successful. A shiny new stadium would be an asset to the league and to the American game. Still, with the “entertainment district” rhetoric, the massive projected price tag, and the flashy prepared visual renderings, it sure seems like there’s power play happening for a plot of land that has only a little to do with soccer.

There’s enough red tape to get through before anything can be said to even be “in process” on the MLS-to-Detroit campaign that the idea of getting team off the ground by 2020 seems almost impossible. Even if the power play works and the land ends up in the potential ownership group’s hands, much would need sorting before a shovel could turn the dirt. Nothing involving civic government in Detroit is easy these days.

Then there’s the matter of the soccer presence that already exists in Detroit. Media focus on the big money backers and the grandiose stadium plan brought with it a nod in the direction of grassroots club Detroit City FC, an NPSL outfit that has slowly built up an impressive fan base as a semi-professional team. DCFC crowdfunded over $700,000 to refurbish their new home in the Hamtramck neighborhood, a move and campaign necessitated by their attendance outgrowing their previous venue. Detroit City represents the most romantic, populist notions of soccer–the problem, of course, is that their growth is happening in America, where the possibility always exists that someone else will come in with a stadium plan and a checkbook and overshadow those efforts. For better or worse, reaching the top division in North America is mostly about financial clout.

Whether or not the “right” thing for soccer fans in Detroit is for Gores and Gilbert to swoop in and spend the money necessary to jump to the front of the expansion line, a reality that harms Detroit City or prevents the club and its fans from reaping the rewards of their efforts is certainly unfair.

These are heady days for MLS. The expansion race is a kind of secondary news source that keeps the league in the general sports discussion in way its competition often can’t, and in a way that that is worth millions in free publicity. So many cities openly soliciting for an MLS franchise also creates a competitive environment between markets that can help MLS get better stadium deals that will make for more successful teams.

Not everything is as it seems. We should be careful to assume that the news out of Detroit is indicative of a clear path to Major League Soccer hitting Michigan. A calculated announcement with Garber as a willing pawn isn’t just about soccer, the road to a Detroit MLS entry could be a long one (that allows for other cities to move past Detroit in the interim), and there’s a recent legacy of a grassroots club to consider.

“MLS2Detroit.com” redirects to the Detroit City FC website. Whether that means Detroit City hopes to be part of bringing big time soccer to the city or the club is trying to capture soccer fans who don’t realize there’s another option, it does speak to a murkier soccer picture than Wednesday’s press conference tried to present.