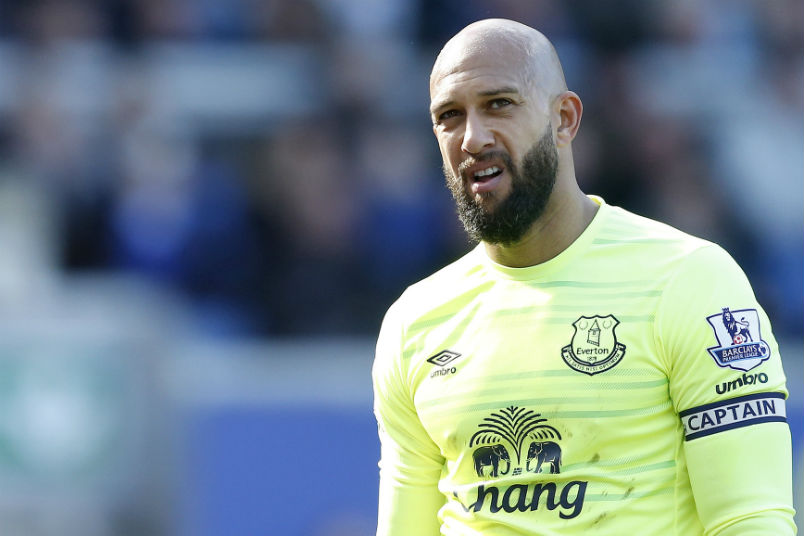 “We started the game well with Tom Cleverley producing a very good finish but then we felt hard done by Bournemouth’s goal,” Everton manager Roberto Martinez said. “I felt Matty Pennington is impeded and it was just in front of the linesman. But from that point on I thought it was long enough for us to get back and we got the winning goal. At times we had to dig deep and show a strong resilience. All in all, it was a hard-earned win, but a win that we needed.”

Geoff Cameron and Stoke City drew 1-1 with DeAndre Yedlin‘s Sunderland at the Britannia Stadium. Marko Arnautovic scored for Stoke in the 50th minute with Jermain Defoe equalizing from the penalty spot four minutes into stoppage time.

In the Championship, Jonathan Spector subbed on in stoppage time for Birmingham City in their 2-2 draw with Middlesbrough. Stephen Gleeson put Birmingham City up at home in the 33rd minute. Boro equalized in the 40th and went ahead in the 57th. David davis equalized for Birmingham City in the 68th minute. Danny Williams and Reading lost 2-1 to PNE at the Madejski Stadium. Stephen Quinn equalized for Reading in the 86th but PNE won the game in stoppage time. Tim Ream started and Emerson Hyndman subbed on in the 65th minute for Fulham in their 3-0 loss at Brentford. Eric Lichaj and Nottingham Forest drew 1-1 with Wolves. Gary Gardner equalized in the 68th minute at The City Ground.

Perry Kitchen and Hearts lost 3-1 to Celtic at Tynecastle. Abiola Dauda equalized for Hearts in the 57th but Celtic scored in the 66th and 85th minutes. Alejandro Bedoya and Nantes beat Nice 1-0 at home in Ligue 1. Adrien Thomasson scored in the 68th minute with Remy Riou keeping the clean sheet.

Alfredo Morales and Ingolstadt lost 2-1 to Hoffenheim at Wirsol Rhein-Neckar-Arena. Stefan Lex scored for Ingolstadt in the 17th minute. Hoffenheim equalized in the 37th and won the game in the 84th. A league down, Bobby Wood and Union Berlin beat Bochum 1-0 at home on a 79th minute goal from Benjamin Kessel. In the reserves, Julian Green and Bayern Munich II shutout Regensburg 1-0.

In Liga MX, Jonathan Brooks and Queretaro beat UNAM Pumas 2-1 at home. Trailing from the 22nd minute, Edgar Benitez equalized for Queretaro in the 57th and Jaime Gomez scored in the 65th. Michael Orozco and Tijuana drew 0-0 with Puebla at Estadio Caliente. Omar Gonzalez and Pachuca drew 0-0 with William Yarbrough and Leon.

Ventura Alvarado and Club America drew 3-3 with Edgar Castillo’s Monterrey.  Monterrey converted a penalty in the 11th minute to open the scoring at Estadio Azteca. Osvaldo Martinez equalized for America in the 20th and they were in the lead eight minutes later through Pablo Aguilar. Monterrey responded with goals fromCarlos Sanchez in the 56th and Rogelio Funes Mori in the 77th. Jose Guerrero equalized for America in the 79th minute. Castillo subbed on at halftime.