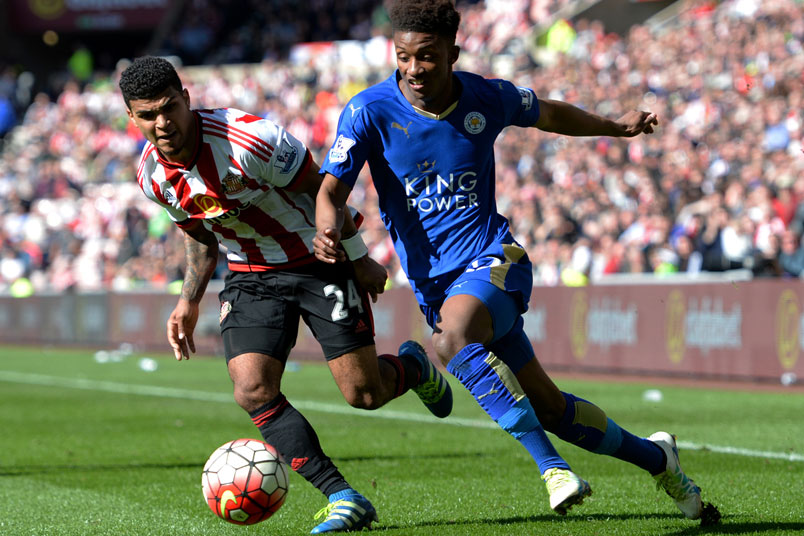 By Jason Davis – WASHINGTON, DC (May 4, 2016) US Soccer Players – Leicester City’s remarkable run to the Barclay’s Premier League title is a story for the ages. It ranks right up there with some of the greatest sports stories ever to happen in the Western world, and might very well be a more incredible achievement than any of the teams or individuals who can even begin to hope to compare. The Americans played just seven games in the hockey tournament at Lake Placid, after all, while the Foxes navigated a marathon 38-game schedule on their way to a championship. Buster Douglas was only a 30-to-1 shot. George Mason’s road to the Final Four ended at the semifinal stage.

We’ll long remember what the Foxes accomplished, no matter what does or doesn’t happen in English football next season. 2016-17 could very well see a return to the status quo, where the massive clubs with the biggest revenues and/or richest owners once again grab the league by the throat and throttle the “little guys” into submission. It did take a remarkable failure on the part of Arsenal, Manchester City, Manchester United, and Chelsea for Leicester City to catch lightning in a bottle. There’s no guarantee the influx of TV money next season means a paradigm shift comes with it.

That’s not the point. We’re not here to dissect the ways in which Leicester City’s title win is the exception that proves the existence of the rule (yet). We’re here to talk about something strange that happened in American soccer circles in the aftermath of Leicester’s win. It seems that some of us just can’t appreciate Leicester’s victory for what it is. It seems that some of us are trying mightily, as we so often do as selfish citizens of the world’s leading cultural hegemony, to make it about ourselves.

And I’m here to say, in the face of numerous vocal opinions bemoaning the above fact, “so what?”

Why is Leicester’s movie script-like season not worth cheering without spinning it into a petulant, snarky argument for a wholesale change of American soccer’s structures? Where does the instinct to ignore the innate joy of Leicester’s title and focus on ginned up misery over the administration of the sport come from? Why are we no fun?

More pointedly, why is it impossible for American soccer to appreciate what it has? There’s always room to improve the game in the United States, and no one is arguing that MLS or the way the game operates here is perfect, but 20 years ago there wasn’t even a League here to grouse about.

Back in 1995, no one was clamoring for American soccer to institute promotion/relegation so that we could have a story like Blackburn’s. Mostly because we didn’t even have a national league, much less three. Is 20 years, one generation, enough to dispense with the basics of appreciation?

Leicester’s story is so unique in part because it is happening in the ultra high profile environs of the English Premier League. The Foxes’ success is a perfect storm of team performance combined with the circumstances of their recent past (14th last year thanks to a late season charge, promotion into the Premier League the season before) in the richest league in the world. If something similar happened in a lesser soccer nation or somewhere without the massive TV reach of the EPL, it wouldn’t be nearly as noteworthy. If something similar happened in Germany, France, Italy, or Spain, the English-speaking soccer masses of American would hardly take notice.

It’s not just the system that allows for the story.

Leicester’s championship and the amount of celebration it has and will received is just as easily an indictment of the system in which it happened as it is an argument for instituting that system. Leicester won in spite of mighty institutional handicaps that so tilt the field in favor of the big clubs so ridiculously that all but a small handful of teams enter each new season hoping merely for a chance at Europe or not to be relegated. Outside of the moneyed elite, English football is typically a very sad existence.

It seems strange to advocate for a similar system in the United States just on the off chance a story like Leicester pops up. If American soccer rotated through the same three or four champions, or only team that spent their way to the top could breakthrough, would it be intrinsically more interesting? The margins between MLS teams are small. That doesn’t make them insignificant, especially when exploiting those margins is much more difficult that throwing wads of cash at the problem.

None of this is to say that one system is intrinsically better than the other. They’re just different. That’s okay, and more importantly, should allows us to appreciate Leicester City’s championship for what it is. A remarkable achievement that is about Leicester City and maybe English football, but not at all about us.