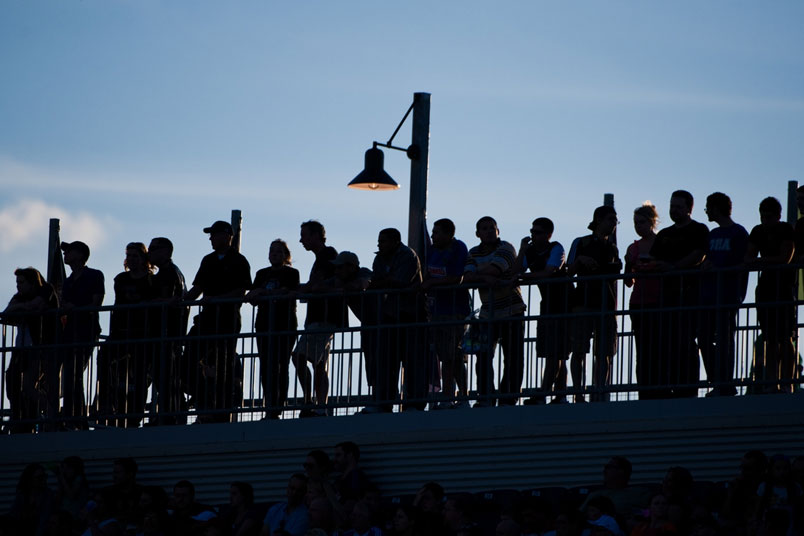 Just when you thought it was safe to watch or attend a Major League Soccer match without having a contrived “derby” rammed down your throat, DC United and the Philadelphia Union hit the internet with a Twitter poll to select an “official name” for the rivalry between the clubs. The pair will play on Friday, May 20 as part of MLS’s “Heineken Rivalry Week.”

Selling soccer in the United States is hard. As the leading purveyor of the domestic version of the game, MLS is willing to use any and every tool at its disposal to attract more attention. It’s not enough to present the game and let the chips fall where they may. MLS has to actively manipulate its narrative to try and capture new eyeballs.

That includes leveraging the notion of rivalry to the absolute hilt. Rivalry has been good to the league in recent years, with Cascadia’s trio of teams and their obvious dislike for one another taking center stage on numerous occasions during the expansion era. Older rivals, ones with as much history as MLS can muster, have gotten their own push in the wake of Seattle-Portland-Vancouver buzz. Twenty years is just enough to provide the necessary memorable matches and lore-making moments that are the lifeblood of any good rivalry. So matchups like San Jose vs LA and DC vs New York deserve their central position in the rivalry-focused strategy.

There’s even plenty of evidence that the league’s expansion policy turns on potential rivalry as much as it does on things like market size and positive demographics. New York City and Los Angeles probably have the room and soccer interest to support two teams each, but the arrivals of new franchises in those markets is also about giving the Red Bulls and Galaxy local foils they can play themselves off against.

Of course, rivalries are as much products of history and random occurrence as they are geography. Just because DC and Philadelphia happen to be a 2 ½ hour drive apart along I-95 doesn’t mean the clubs (or more crucially, their fans) have any particular hatred for one another. Because Philadelphia is only in their seventh season, and because the two teams have rarely (or ever) been good at the same time, no organic rivalry exists.

Even if there’s something there, it doesn’t begin to approach the animosity between United and the Red Bulls. In fact, United has more rivalry history with every team in the East that can claim an origin in the 90’s, plus one that goes back that far but is now in the Western Conference. Everything about a United vs Union match during something branded “Rivalry Week” is contrived and artificial. Nothing screams that fact more that a Twitter featuring a handful of boring, meeting room ideas for names.

If you’re wondering, the proposed names are “Capital Cup” (because Philadelphia once served as the capital of the United States), “Colonial Cup” (for obvious reasons, though Washington, DC did not exist during the colonial period, making the name historically inaccurate), the “I95 Cup” (there’s just nothing sexier than a rivalry named for an interstate), and “Freedom Cup” (because…America?).

The names speak to the ridiculous nature of forcing a narrative of rivalry where none exist. Good rivalries either don’t need names, earn their names through the events of the actual rivalry, or have names that go back to a time when “marketing” was not yet a concept. All four of the names in the poll smack of exactly that: marketing. Slapping the name on a trophy designed by some third party company with no connection to the clubs or the sport does not a rivalry make.

Forcing a sense of rivalry between United and the Union is just the latest example of MLS attempting to press the accelerator to soccer relevance. Rather than allow the process happen over time the way it would naturally, MLS is trying to cheat their way to more interest in the short term.

That’s defensible in the sense that the league’s marketing department should be doing whatever it can to push the competition forward. However, because it runs so counter to everything that feels “real” about sports and soccer, it’s bound to strike fans the wrong way. This is especially true in a place like DC, where the original “supporters culture” arose, and in Philadelphia, where a grassroots group can claim much of the credit for convincing MLS to expand to their city.

What that leaves isn’t fertile ground for a suddenly ginned-up rivalry that features all the heat of a mid-season intra-league baseball game. Maybe one day, United and the Union will become rivals in a way that actually matters. Until then? MLS isn’t fooling anyone.