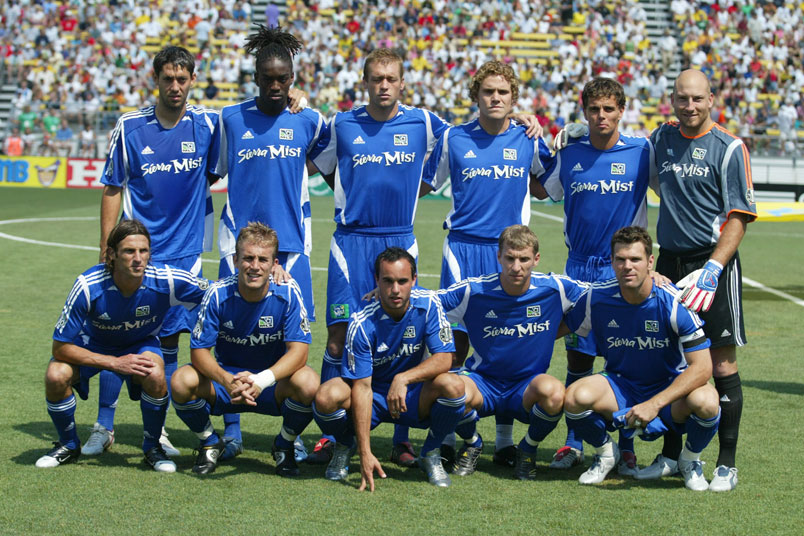 By Clemente Lisi – NEW YORK, NY (Jul 25, 2016) US Soccer Players – We know that the MLS All-Star Game isn’t set in stone. Things change. The game changes with them. For MLS, that meant letting go of the standard East vs West in favor of…. Well, in favor of experimenting.

We’re deep into the era of the foreign club playing the All-Stars. There have been more of those games than any of the other formats. The league was different the last time they played East vs West back in 2004. There are more stars in MLS now. There’s also not a huge cry for a return to the good old days. Still, there’s the feeling that the All-Star Game is getting stale.

MLS isn’t the only league facing this problem. The National Hockey League revamped its All-Star Game last season. The National Football League continues to experiment with the Pro Bowl. Even baseball can’t quite figure out how to make their All-Star Game count for more than a friendly.

Then there’s MLS. Bringing in big name foreign clubs turns the All-Star Game into an event. It’s less of an event when those clubs continue their North American tours. The All-Star Game should be more than a stop, right? It should also celebrate the league rather than the whole of the sport. MLS about MLS should have value.

It’s also asking a lot of those European clubs. They’re in preseason form. Those clubs never took the game as seriously. What does it mean when a foreign club wins? What does it mean when MLS loses? MLS finds itself in a situation where losing to a foreign club means the league is not good enough. In turn, a win is a one-off against a club still preparing for games that count.

MLS Commissioner Don Garber praises the All-Star Game. He doesn’t have much of a choice. Meanwhile, the midseason showcase feels stale. More to the point, it seems unnecessary. We’re in an era of overworked players. The soccer schedule is as crowded as it’s ever been. Between club competitions and National Team commitments, there are plenty of games.

So what’s left for the All-Star Game? How about a return to a North American focus? It needs to highlight how far the league has come in 20 years, not whether it can compete with a big name club. There has been talk in the past of inviting a group of Liga MX All-Stars, but even that would be fun just once.

With that in mind, maybe it’s time for MLS to look back at things that might not have worked prior to 2004 but could now. We’ll start with an obvious one.

MLS was quite excited about its players contributing to the 2002 World Cup run. On August 3, 2002 they used the USMNT as the opponent for the All-Stars. This was a tweak on the USA vs the World format they used for the 1998 All-Star Game. Yes, the format tweaking started early. Except, this time there was an obvious problem. MLS All-Stars might also be USMNT players. Though it made sense at the time, Tim Howard was in goal for the MLS All-Stars. Carlos Bocanegra was playing in front of Howard.

While MLS highlighted their current USMNT players, looking back the game seems odd. Half the MLS starters had or ended up with National Team caps. Without his foreign players, Bruce Arena’s National Team squad wasn’t the same 23 from the World Cup. The weather also didn’t cooperate in DC. That weekend was unbearably hot, triggering the kind of rainstorms that make summer in the District so special.

Can we do better now? Sure. With the convenience of lead time, fans could select the USMNT squad as well as the World squad. For once, we could see a National Team roster the fans want. There’s also reputations at risk. Maybe that helps to push this game away from meaningless exhibition and towards something worth watching.

The NHL All-Star Game spent a few decades with their defending champion playing the best of the rest. It might be an old idea, but at least that would ensure that a wonderful player like Diego Valeri could play. He has to be, by far, the biggest snub at this year’s game. Who better to take on the league’s best players than the team who won it all the previous year? There would at least be bragging rights at stake. Again, it’s a way to push the game away from an exhibition where one team has more to win and lose than the other.

Here’s where it’s so problematic. East vs West was already boring early on in MLS history. The league doubling in size isn’t going to make that better. There’s just not a lot of angles to split up the league. MLS USA vs MLS Canada? There’s not enough Canadian teams. Choosing sides on the day like a pickup game? Basic unfamiliarity and risk of injury if there hasn’t even been a practice session. How about a North American version of the popular Australian rugby State of Origin series? Maybe, but it would take some work to tweak that for MLS.

There are also other things the league should do. The game should take place over a weekend. The league should try their old skills competition again. Relegated to late night cable in 2001, it needs to come back. There also needs to be more fan involvement in the selections. We already know that MLS will pick based on marketing. Set some basic guidelines to avoid last season’s commissioner picks. Yet to play a minute in this league? Congratulations Frank Lampard and Steven Gerrard, you’re All-Stars. More fun, less farce.