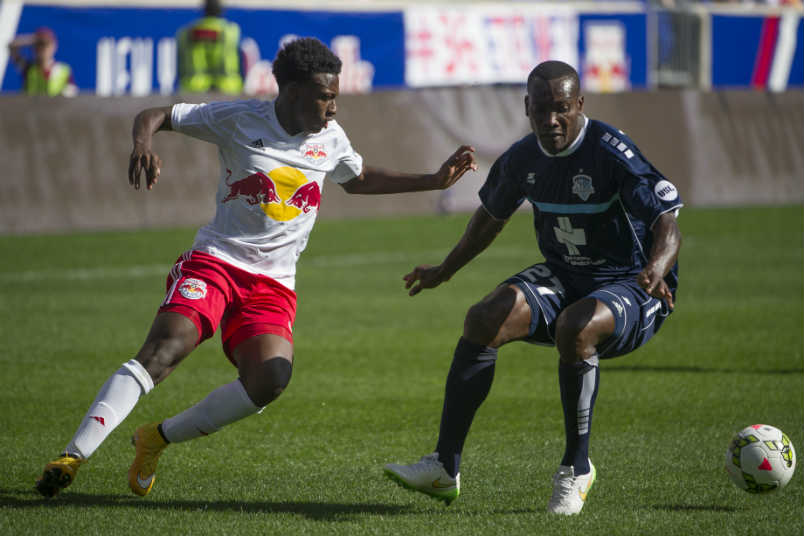 By Jason Davis – WASHINGTON, DC (Jul 20, 2016) US Soccer Players – The latest from the front lines of the Soccer Wars comes from USL president Jake Edwards. He was in the building for FC Cincinnati’s remarkable 36,000+ strong crowd. A crowd there to see a friendly against a mid-tier Premier League club.

The “due diligence” is part of the USL’s bid for second division status. The league applied to US Soccer almost 18 months ago. Perhaps Edwards is just putting a positive spin on a drawn-out process. Still, there’s no reason to doubt his timeline. By the time the summer ends, American soccer might have two different second divisions.

That won’t make things simpler for the American soccer “pyramid.” In a country with no promotion and relegation, the division designations seem almost pointless.

Why care if your league is second or third division? Because it could have a financial impact. The USL’s petition for second division status is about income. Moving up means greater access to corporate partnerships, advertising revenue, and TV rights fees. It means access to bigger, better markets. It’s an easier sell to mid-sized cities when the explanation is simple. “We’re the league a level down from MLS and we’re they’re partner.”

The USL’s growth is due to that MLS partnership. Serving at the top league reserve division will always make it “minor league”. Rather than fight against that label, USL embraces it. The USL knows what it wants to be. That doesn’t mean completely independent. What the league lacks in prestige, it makes up for with that direct link to the topflight.

MLS teams own and operate USL teams. They use them for their reserves. That should create concerns about too much influence. The USL leadership goes to great pains to point out that the move to D2 isn’t about MLS.

Not every MLS team is on board with with running a USL team of their own. FC Dallas has been a notable holdout. While other teams announce plans, Dallas focuses on concerns. Their issue is exposing their talented youth players to foreign clubs. In other words, setting themselves up to lose talent.

At the same time, FC Dallas coach Oscar Pareja recognizes the need. Players in the 18-22 year old range need games to mature at a high competitive level. That’s not college, breaking with the traditional American system.

Dallas’s “will they, won’t they” scenario points to fielding a USL team. Some have that happening as early as next season. Others in 2018. Either way, it’s a “when” rather than an “if”. Maybe that’s an MLS mandate. Maybe it’s just weighing the risks and the rewards. Either way, USL needs full MLS involvement.

For USL to move up to Division 2, it must meet a set of standards implemented in 2010. Without the MLS-run clubs, it seems unlikely they’d be able to do that in the medium term. The requirements include coverage of the country from coast-to-coast and placement of at least 75% of the teams in metropolitan areas with populations of 750,000 or greater.

Ultimately, moving up to second division status may be about reclaiming what USL believes is their rightful place in the American soccer hierarchy. USL has been here before. A split among owners led to the creation of the NASL and a joint season in 2010. USL chose to take a step down. At the time, it was about regrouping rather than pushing forward. Nearly seven years on, it seems that they’re ready to move back up. If hubris really is the driving factor, if it’s only a matter of pulling level with the NASL because of long-held grudges, it wouldn’t be the first time American soccer business turned on pettiness.

By this time next month, the USL could be a second division league, right alongside the NASL. US Soccer rules don’t prevent two different leagues from occupying the same level. The NASL has its own scenario, dreaming of 1A status alongside MLS.

Let’s assume the USL gets what it wants. All of a sudden there’s a topflight and two second divisions. No matter what it means practically, there’s one question left to ask. Who will be D3?