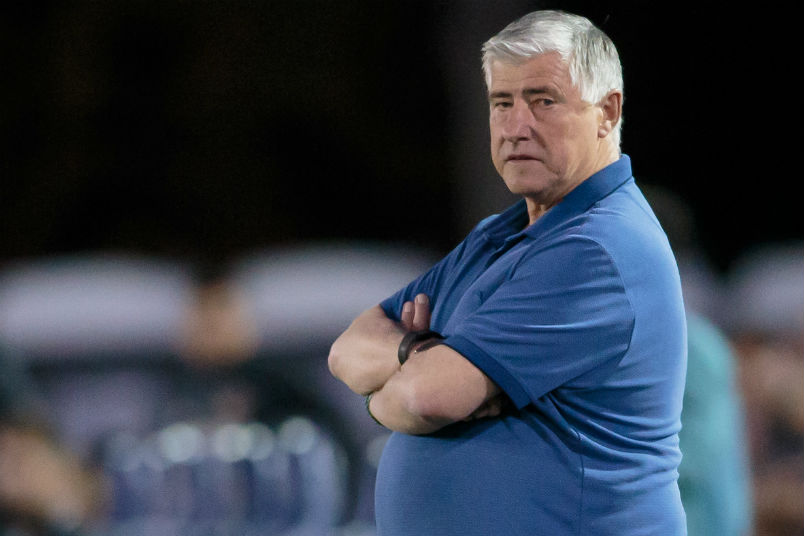 By Charles Boehm – WASHINGTON, DC (Jul 21, 2016) US Soccer Players – First off, heck of a run Seattle. Thanks for the memories.

We all take it for granted by this point, perhaps at our peril. The Seattle Sounders gave North American soccer a sustained adrenaline rush since arriving in MLS in 2009. After the better part of a decade, it’s odd that it ended at a track venue in Carson.

Seattle entered a different version of MLS. They improved it, almost from the beginning. Pick a category, and Seattle made it better. Numbers, intensity, scale, culture, ambition, investment…. Seattle became the now that pushed the older troubled version of the league into the background.

No one knew what to expect when the Seattle Seahawks launched their MLS venture. It wasn’t even supposed to be the “Sounders”. That old NASL tag was a write-in vote. That kind of lurch in an expansion process was nothing new for MLS. Their successes were relative. Each club entering the league set their own expectations just high enough to reach. Seattle changed that.

Younger fans have heard this before, and older ones long ago got tired of rehashing the “Seattle invented…” jokes. But it’s necessary to repeat for emphasis. MLS was pro soccer’s last, best chance to make it in America. The alternatives were either theories or lower level leagues drawing tiny crowds.

Seattle came from one of those leagues. They showed it was possible for an existing club to change trajectory. The rave green and artificial turf didn’t matter. The assumption that soccer specificity was a basic requirement proved wrong. Seattle changed everything for MLS. They were impossible to ignore.

So what happens now? What happens when Seattle is a lousy team on the field? The Sounders hit the back of the bell curve against the Galaxy on Wednesday night. The final 16 minutes of their US Open Cup quarterfinal started with the Sounders up 2-1. It ended with them losing 4-2. Cascadia may still be on the rise, but it’s happening without the Sounders.

Wasn’t the Open Cup their trophy? Didn’t Seattle turn it into a replacement for the MLS Cup? What were they doing against LA playing their reserves?

As uncharacteristic as it is, Sigi Schmid had an easy explanation. The focus is the league and Seattle is lousy in MLS this season. They couldn’t pretend that the Open Cup counts more than even the playoffs. Their first team needed rest and Schmid knew it. He acted and Seattle lost.

Rookie Zach Mathers, brought up from Seattle’s USL reserve team. His inclusion required signing a short-term contract. He got the start in the heart of midfield. Two other rookies also started. So did Michael Farfan and Nathan Sturgis, who have yet to start a league match. It almost worked. LA subbed on two regulars with 16 minutes left, immediately creating a gulf in talent.

“We put a team out there that was capable of winning the game and we were in a position to win the game,” Schmid said. “That’s where you want your team to be as you prepare. We found a way to lose it and we shouldn’t have.”

So back to the league. Despite their grisly 6-11-2 league record, the Sounders are just nine points out of 6th-place. If you ever needed an example of the MLS safety net, this is it. No season is so awful that a team is well out of it by the middle of July. It’s almost hilarious how generous the postseason format is.

Schmid has seen it all, including moments this low. What hehasn’t seen is Seattle missing the playoffs. He’s also not seen his Sounders lift the MLS Cup. Four Open Cup trophies and the Supporters’ Shield doesn’t replace that. They’re also not inconsequential.

Seattle wants to win everything. That includes hosting national team games. Even far less formal forums like “who had the best tifo?” and “who’s the loudest?” Seattle forced everyone who cared about soccer to reevaluate what might be possible here.

So spare a thought or pour out a healthy splash of craft brew for those in the Washington State soccer crowd. They’re waking up with a hangover seven-plus years in the making today. It’s not quite as grandiose as China’s old dynastic cycle of prosperity, growth, stagnation and corruption, disaster, decline and disorder. But Seattle’s honeymoon was something to behold.