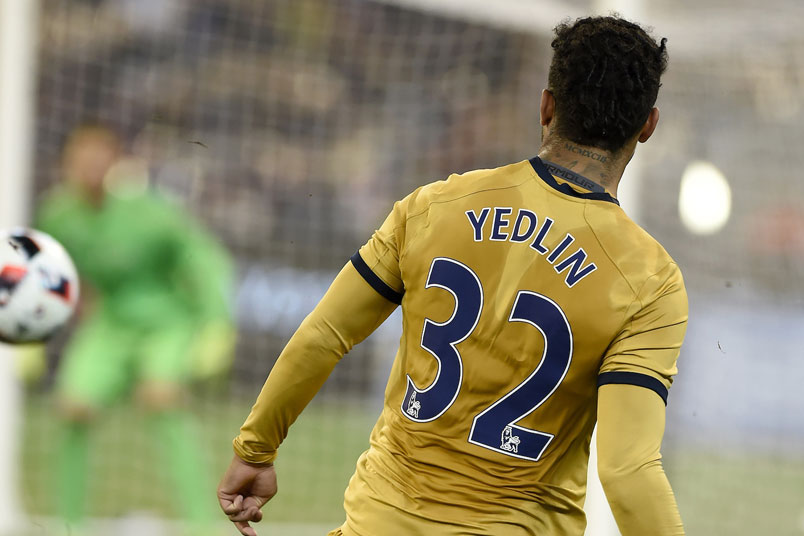 By Charles Boehm – WASHINGTON, DC (Aug 19, 2016) US Soccer Players – The USA’s foreign legion finds itself in a strange spot as the 2016-17 club season cranks up to full speed in Europe. The growing gravitational pull of Major League Soccer, and the increasingly high hurdles of work- permit restrictions in England and elsewhere on the continent, tug on one side. On the other, an outspoken US National Team coach and a growing – and increasingly restless – fan base demands ambition and achievement on the world’s biggest stages.

Watching all this unfold and urging them on from afar is one of the few truly shared experiences among the kaleidoscope of US soccer fandom. Whatever you think of our chaotic domestic system, just about everyone who takes an interest in the success and health of the national teams understands innately how important the “legionnaires” are – and the steep challenges they face.

Each individual player faces their own set of priorities, perils, and prerogatives, of course. The dawn of a new year represents both bright opportunity and career-endangering risk. Particularly for those trying to battle their way into the first team or the starting lineup at their respective clubs.

Opening weekend in the English Premier League featured precious few Americans, for a range of reasons. The surprise was someone rank-and-file USMNT fans may get quite familiar with in the coming months. No one on either side of the Atlantic expected to see onetime US U-20 Lynden Gooch make his Premiership debut quite so soon. Yet, there he was in the Sunderland starting 11 against mighty Manchester City.

Black Cats boss David Moyes has a well-established admiration for the American mindset. The man once featured Tim Howard, Marcus Hahnemann and Landon Donovan on the same Everton roster, after all. Now Moyes has invested his faith in Gooch, who made a solid account for himself over 64 hard-working minutes on the Sunderland left flank against City.

“The biggest thing was I needed people who were going to run and have energy,” Moyes, who also started 21-year-old Donald Love at right back, later told the Sunderland Echo. “Until we improve, then we can afford people who maybe don’t run about as much, I want people who are going to work for the team and be part of the team.  I have told them that. I thought the wee boy [Gooch] did a great job.”

Will he become a regular starter? It’s too early to say with certainty. At age 20, it’s a welcome step forward for a talent who has been in the club’s academy since age 12.

Gooch may soon have a prominent Yank teammate. Spurs are widely reported to be in talks with Sunderland over a permanent deal for DeAndre Yedlin after the fullback impressed on loan last season. They’re just one among a wide array of reported suitors ranging from Aston Villa to Hull City to Turkey’s Trabzonspor. Wherever he winds up when the European transfer window closes on August 31, this season stands as a momentous one for Yedlin. Can he grab hold of the USMNT right back job as comprehensively as Steve Cherundolo once did? Stay tuned.

Speaking of lockdown US starters…. Not so long ago it appeared just a matter of time that Aron Johannsson would be one of those soon, and maybe for a decade or so to come. A sequence of significant injuries has morphed into something of a nightmare, however.

Last year’s exciting Bundesliga move to Werder Bremen kicked off with two goals in his first six games. It ran off the rails with troublesome hip and groin problems, including tricky nerve irritation, that persisted for the better part of a year. Encouragingly, his club has been saying all the right things.

“We have a lot of patience. He will certainly help us long-term. But an exact prognosis is really difficult. It’s not a fracture or a tear,” Bremen sporting director Frank Baumann told ESPN FC in June. “It’s not an easy situation for Aron.”

Johannsson’s grit is not in doubt. He suffered more than his share by playing on an injured ankle in the 2014 World Cup. The frustrating cycle of injuries he succinctly dubbed “the same crap” earlier this year has lasted all the way into this campaign’s preseason. Now he may finally be ready to return to first-team action, and he’ll undoubtedly be eager to play games and show his worth. Werder Bremen open their domestic slate with a DFB-Pokal cup match against third-division side Sportfreunde Lotte on Sunday.

“Aron is a good alternative,” Bremen coach Viktor Skripnik said to local outlet Kreiszeitung Syke this week. “He puts a lot of pressure on the other players.”

A different type of attacking-minded player, Paul Arriola, has been a cup star this summer at Club Tijuana. The San Diego-area product scored a beauty of a transition goal in Copa MX play last month and has made substitute appearances in four of the Xolos’ five league games thus far. He, too, stands on the threshold of what could be a real breakthrough.

Arriola was arguably the biggest winner of the USMNT’s South Florida “transition camp” before Copa America. He notched a goal and an assist in his senior-team debut vs Puerto Rico.

“I need to make my statement and prove that I can stay on the team, and hopefully after Copa America I’m one of those guys that can slowly get into the whole process,” he told SBI Soccer during that camp. “I think the biggest part for me is just to show my personality, show who I really am on the field. I don’t think that there’s many players that have the same characteristics that I do, and that’s just my opinion. I’m one that stays out wide, that likes to take on players, just get in quick little movements and enough space to get a cross off or a shot off or anything like that.”

Attacking-minded by default, Arriola has spent most of his career as a right midfielder or wide man. Life under Tijuana coach Miguel Herrera’s has seen him take up the wingback role in “Piojo’s” preferred 5-3-2/3-5-2 system, however. That could portend new possibilities for him at the international level, with Klinsmann a known fan of versatile players. But steady club minutes – ideally with goals and assists – must come first.

Several other Yanks find themselves at similar junctures at this point. We’ve touched on Brad Guzan’s Middlesbrough moment here. Plenty has been written in major publications of late about Julian Green’s tantalizing chances at Bayern Munich, and Christian Pulisic’s at Dortmund.

Matt Miazga and Cameron Carter-Vickers are tremendously talented center backs in similar situations at Chelsea and Tottenham, respectively. Emerson Hyndman might well already be in the midfield mix at EPL mighty mites Bournemouth were it not for an untimely ankle knock. Perry Kitchen will surely push his claim for an engine-room spot at Scottish club Hearts.

They won’t all make it to center stage this season, or maybe ever. That’s just the reality of the tough odds in this game. Those of us back home should stop and savor that taut, inspiring moment when they stride over to the airplane’s open door, pat their ripcord, and leap out into the blue yonder.