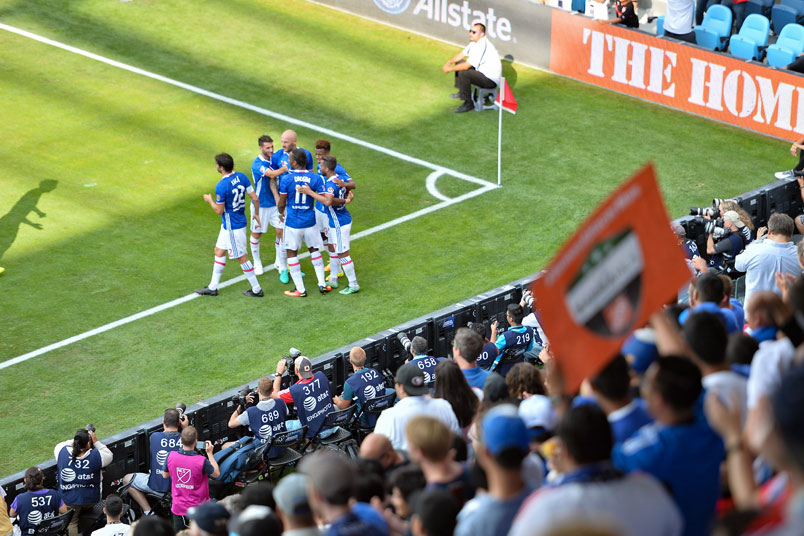 By Jason Davis – WASHINGTON, DC (Aug 3, 2016) US Soccer Players – Demand for MLS expansion franchises is high. Cities across the country compete for topflight pro soccer. As anyone who has a basic understanding of economics can tell you, when demand is high, the price goes up.

That market fundamental needs to be in mind when MLS talks about increasing the expansion fee. $200 million, per MLS Vice President Mark Abbott in a interview earlier this week. That number represents a one hundred percent increase over the amount paid by NYCFC. It’s $90 million more than what LAFC dropped down to be the second team in Southern California. It’s a lot of money.

It’s a lot of money considering the league’s unique position in sports. NFL, NBA, and Major League Baseball teams are more valuable almost across the board. They also cost much more to operate. Payrolls in the big three American sports can run into the hundreds of millions of dollars. In MLS, it’s nearly impossible to spend more than $30 million. A salary budget of under $4 million (plus the freedom to pay three players above it) ensures that costs will stay low. At the rate that MLS teams are appreciating in value, there’s plenty of reason for investors to buy in.

Stadium building costs are low, again relative to other major sports. There are obvious weak points. The TV rights fees MLS earns isn’t much compared to other pro sports leagues. Still, no one believes that soccer is close to meeting its potential. Polls show the next generation of consumers will watch soccer at a rate higher than ever before. Millions of young players are maturing in an environment that allows them to follow the game. That probably means MLS can set a $200 million transfer fee and ownership groups will line up to pay it.

The owners of FC Cincinnati want to be at the head of that line. Only in their first season, the new USL club is setting attendance records. From day one, they’ve had MLS aspirations. On Tuesday, the Cincinnati Enquirer published an editorial presenting the city’s case to MLS for an expansion slot. Their case leans heavily on the massive success of the club in the first year. It made token mention of the stadium question. The team uses a college football venue. Still, it also didn’t seem overly concerned about the price.

That’s because the financial clout is a given. FC Cincinnati has a rich owner with the ability to pay what the league asks. It’s more a question of willingness.

That must be music to the ears of MLS owners, aka the Board of Governors. There’s a good chance there was a plan behind Abbott’s comments. A trial balloon with a giant number written on the side, meant to elicit a response. It gives the league some indication of where the ceiling on a current expansion fee might be. A positive response from FC Cincinatti means they didn’t miscalculate. It also means everyone else will have to also nod along.

Of course, there’s still that nagging doubt about pro soccer in America. At some point, will we see the money and the interest dry up. How many people with that kind of financial clout want to own MLS teams in available markets? The smaller that group, the bigger the chance of a bubble.

MLS is betting that the bubble won’t burst, at least not anytime soon. they’ve got metrics on their side. They’ve also got many owners willing to embrace single-entity. It’s not an issue explaining that technically investor/operators only own 49% of their club.

Still, we know the TV ratings are low. We know from the league itself that MLS loses money every season. We can see the level of foreign competition for the American pro soccer dollar. There’s also the growing criticism that the quality isn’t there. When does this catch up with the expanding league?

MLS can ask for $200 million for an expansion fee right now because they can probably get it right now. Is this an overreach, or is it just the beginning of a push to the stratosphere?