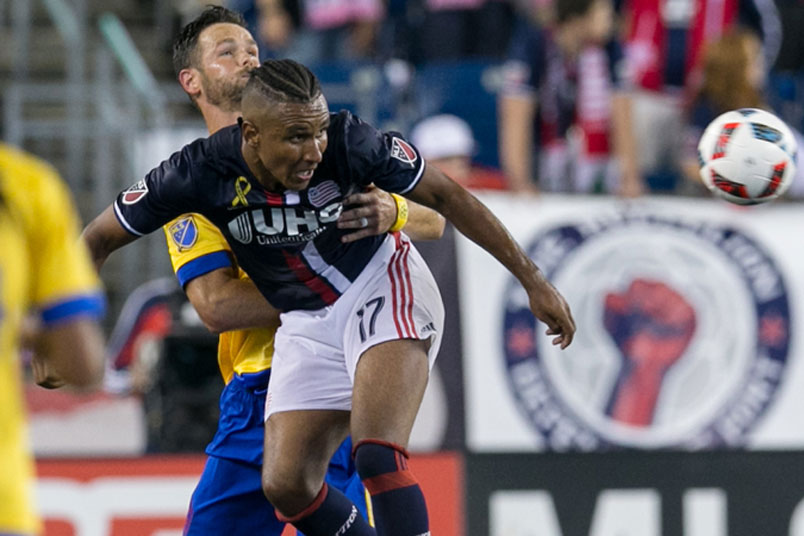 By Clemente Lisi – NEW YORK, NY (Sep 12, 2016) US Soccer Players –The US Open Cup may be American soccer’s least-respected tournament. It gets little to no TV coverage, attendance is often sparse, and coaches regularly rest their best players. However, the tournament can help salvage a season for a team that is not doing well in MLS and at risk of missing the playoffs. Aside from the team winning $250,000 in prize money, the winner also gets a berth to next season’s CONCACAF Champions League.

Case in point in 2016 is the New England Revolution. The Revs take on FC Dallas in the US Open Cup Final Tuesday night at Toyota Stadium in Frisco. It’s a road game that means more for the visitors. While FC Dallas has dominated MLS this season, the Revolution could use this trophy to point to better times ahead. Although the playoffs aren’t entirely out of the question this season, the Revs know what’s at stake

“When you draw up the beginning of the year, you want to do well in the Open Cup. You want to blend yourself to a point where you can get to a situation where you can play in a semifinal and a final. It does not take away from what we want to do in the league, for sure,” Revs coach Jay Heaps said. “I think the Open Cup is a great tournament, but you have to put it in perspective with the rest of the league. You can’t just set out to win that tournament alone. You got to make sure that we still use this as a good platform for the rest of the year for us.”

Last year, the Philadelphia Union hosted Sporting Kansas City in the final. They lost 7-6 on penalties. That near miss and a lackluster MLS season led to a rebuild. It worked, catapulting the team to contender status in 2016. It’s not too much of a stretch to see something similar happening for New England. This game can be a springboard for eventual success. For FC Dallas, the US Open Cup is the first trophy it can win on its quest for a treble.

History has a funny way of repeating itself. Just ask Heaps. A Revs player at the time, Heaps won the trophy in 2007 against FC Dallas under very similar circumstances. He recalled that the Revolution – which featured the likes of goalkeeper Matt Reis and striker Taylor Twellman – was “sputtering a little bit in ‘07 and we made it to the Open Cup Final, and then we went on to the MLS Cup Final and had a real chance to win that This (season) is very similar. It gets us out of a little bit of a funk to get us back in and believing in each other the right way and working for each other the right way so that we can do a lot better than we have been.”

This is a Revolution team with experience. The coaching staff and 14 of its players were part of the 2014 MLS Cup Final, losing to the Los Angeles Galaxy. If experience matters at all, the Revolution will be ready in Frisco. They might not be done in the Eastern Conference either, with back-to-back wins.

“Complete game – absolutely,” he told reporters afterwards. “Especially because I thought we could’ve had more. I think that we really worked hard to create (scoring chances). … So, now we have that confidence going into one of the toughest places to play in Dallas. If we maintain our confidence, we should have an opportunity, but over the next two days, it’s really important that guys get rested.”

Revolution striker Teal Bunbury has been in this position before. He was a member of Sporting KC when they won the US Open Cup in 2012. He called the possibility of winning the trophy “huge” and doesn’t understand why teams would downplay the importance of the tournament.

“For us, it’s a chance to win a championship, a chance to win a trophy, and that’s what guys play for,” Bunbury said after the Revolution defeated the Chicago Fire last month in the semifinals. He summed it up best, saying the goal of players is “to win championships for our team, for our organization, for our fans.”