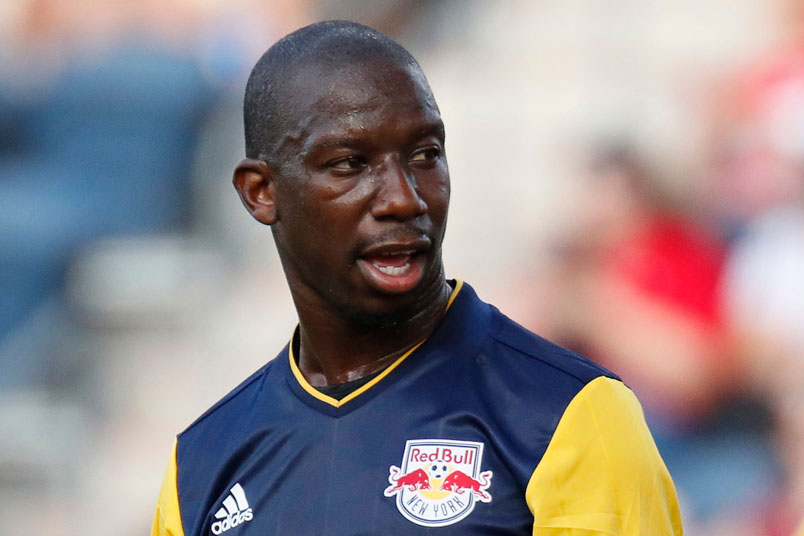 By Clemente Lisi – NEW YORK, NY (Sep 26, 2016) US Soccer Players – Foreign superstars that have invaded MLS in recent years have run the talent gamut. There are a few players who’ve been outstanding. Robbie Keane has brought success to the LA Galaxy, while also elevating the league’s overall play. A plus for all involved. Keane arrived as a veteran player, someone who came to MLS at the tail end of his career. Then there are also foreign-born stars who have made Major League Soccer better while in the prime of their careers.

Since the days of the original North American Soccer League 40 years ago, this country has been a magnet for foreign talent. Pele, Giorgio Chinaglia, Johann Cruyff, George Best, Eusebio, and Teofilo Cubillas, just to name a few, flocked here. All were in the twilight of their careers. The early days of MLS saw the same thing with the likes of Roberto Donadoni, Carlos Valderrama, and Marco Etcheverry. That is something, however, that has changed over the last few years. MLS has no longer become a final stop, but a destination for many European and South American players looking to grow their careers. America, the land of opportunity for so many, has become just that for many soccer players.

The best example is 2015 MLS MVP Sebastian Giovinco. He struggled to break into the starting line-up at Juventus under then-coach Antonio Conte. That meant loans to other clubs, including stops at Empoli and Parma. Instead of settling for a spot at a struggling Serie A club or a lower division team, Giovinco took the leap across the Atlantic and signed with Toronto FC.

Like many players opting to play in MLS, the numbers tell the story. Giovinco has already scored more goals in two MLS seasons than his nine previous seasons combined in Italy. He made 93 Serie A appearances since 2006, scoring 14 league goals. Since entering MLS, Giovinco has played 59 regular-season games for Toronto, scoring 38 goals.

Giovinco isn’t alone. Bradley Wright-Phillips, who has been leading the New York Red Bulls to a string of impressive wins as of late, may be the most-talented English player to enter the league since the much-celebrated David Beckham a decade ago. Phillips has been breaking all sorts of scoring records this season. He’s done even better than Landon Donovan and Chris Wondolowski by scoring 20-plus goals in back-to-back seasons. Wright-Phillips has been clutch for the Red Bulls. His league-leading 20 goals – five of them game-winning strikes – have made the team a favorite to win MLS Cup. Furthermore, Wright-Phillips is currently the front-runner for many to win the Golden Boot with Giovinco sidelined the past month due to injury.

“(Wright-Phillips) has been on fire, playing so well and doing so many little things. I feel like I sit here and gush about him every week, but he’s been really good, really sharp, really focused, really committed and the relationship between him and Sacha (Klejstan) is just fantastic,” said Red Bulls coach Jesse Marsch. “Those guys have both done really well.”

Like Giovinco, BWP’s MLS numbers dwarf his stats from when he played in his native England. Between 2004 and 2013, he played for five clubs. He made 272 appearances and scored 77 goals. With the Red Bulls, Wright-Phillips has played 103 games, tallying 65 goals. Wright-Phillip’s impressive stats have prompted many to heap praise on him. The blog Empire of Soccer quoted Marsch as calling Wright-Phillips the “best Red Bull player ever.” A post on MLSSoccer.com this past weekend asked the question, “Is Bradley Wright-Phillips the world’s most productive English striker?” That article noted that he’s fared better in 2016 than England internationals Harry Kane of Tottenham and Jamie Vardy of Leicester City.

“I didn’t think I’d break some of the records I did, if we’re being honest,” Wright-Phillips told reporters last Thursday following practice. “I never thought that far ahead. I thought, playing with Thierry (Henry), I’d get chances to score. That’s as far as it went.”

South American players have traditionally fared well in MLS. Argentina has become a great pipeline for talent in recent years, with two players above all – Federico Higuain and Ignacio Piatti – leaving their mark on the North American game. Although he is having a mediocre season this year, Higuain led the Columbus Crew to the 2015 MLS Cup Final. In his pre-MLS career, Higuain played from 2003 to 2012 with several clubs – including River Plate and Besiktas of Turkey – where he amassed 225 appearances and netted 54 goals. Since 2012, he’s played 122 games for the Crew, scoring 39 goals in the process. Like Wright-Phillips, that’s a better goals-per-game average than his pre-MLS career.

Piatti has done even better when it comes to scoring goals. That’s a benefit of partnering with veteran forward Didier Drogba. From 2004-2014, Piatti played for six clubs – including Independiente of Argentina – with 269 appearances and scoring 51 times. A master dribbler, Piatti is a player MLS defenses have found hard to contain. Since signing with the Montreal Impact in 2014, he’s scored an impressive 27 goals in just 59 games. Philadelphia Union coach Jim Curtin noted recently that Piatti is “a handful, he’s a real handful.”

Another player who has seen his career blossom since arriving in MLS has been Mauro Diaz, one of the most dynamic playmakers in the league. From 2008 to 2013, he played with River Plate (with a loan spell to Union Espanola). He totaled 110 appearances and scored just eight times. Since 2013, Diaz has become the lynchpin of FC Dallas’ offense, playing 75 games and scoring 19 goals.

Diaz could very well win this year’s league MVP should he help FC Dallas win the Supporters’ Shield after recently winning the US Open Cup. In a recent interview with MLSSoccer.com, Diaz said, “I don’t worry about MVP. That’s the decision of other people.”