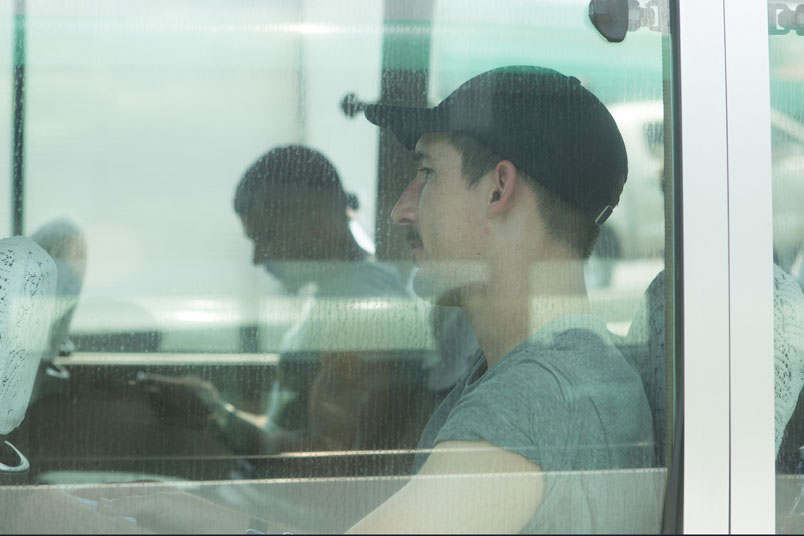 By Charles Boehm – WASHINGTON, DC (Sep 1, 2016) US Soccer Players – I have found that most top-level players possess a most elusive, and useful, personality trait. Like the ones in US colors who made the convoluted trip from Jacksonville, Florida to St Vincent & the Grenadines on Wednesday.

There’s the hard labor of training and preparation. The succession of buses and flights and connecting flights and baggage claims. The trials of CONCACAF road qualifiers in tropical heat on dodgy pitches. The constant, suffocating pressure not to fail. Elite pros have the clarity of mind to look around and savor the special moments that their calling provides them. Even for just a fleeting second, and perhaps even in the heat of competition.

Such mental snapshots reward the long years of struggle that came before. They strengthen the soul for the joy and pain still to come. When they’re experienced as a collective, they unite disparate and diverse personalities into a cohesive team. When they provide a stepping stone on the road to the World Cup, they weave a story that becomes a shared identity for players, coaches and fans alike.

“The road to Russia” is no mere catchphrase. It is a hard-earned path that tests every dimension of this team.

The qualifying process in Europe and South America may present deeper and more daunting opposition. The Asian confederation’s sheer size presents higher frequent-flier mileage. So does Africa. Yet nowhere is the journey quirkier and more winding than CONCACAF.

An airport too cramped for a full-sized jet. A national stadium without floodlights. An island too small, with roads too tight and winding, for the usual chartered megabus travel while in-country. An opponent ranked 156th in the world by FIFA, but eminently capable of turning into a banana peel for the favorites. The USMNT needs four points from their final two Group C matches to control their semifinal round destiny.

It’s quite a situation for veterans Sacha Kljestan, Omar Gonzalez, and Jozy Altidore to make their eagerly-awaited USMNT returns. The trio have walked differing paths during their time away. It’s been some two years for Kljestan. Altidore and Gonzalez have missed several months due to injury and non-selection, respectively. All three enter this international window in fine form. They’re leading candidates to step right into starting roles in St Vincent.

Kljestan’s story is rarer, and has attracted the most column inches in this week’s media coverage. To hear Jurgen Klinsmann tell it, the midfielder simply didn’t show enough with prior opportunities. Even as he scaled the heights of Europe with Anderlecht in accordance with Klinsmann’s wider urgings. Now Kljestan, who turns 31 this month, could be the man on the spot to plug the center-mid gap left by Michael Bradley’s suspension and Jermaine Jones’ injury woes.

It’s ironic that it’s his MLS play with the New York Red Bulls that finally turned the US coaching staff’s heads. Given his diverse skillset, he might just get to stick around for a while.

“I think it’s up to me in the next couple of days in practice to prove that I’m ready for that level again,” Kljestan told reporters as the USMNT trained in Jacksonville. “But yeah, I’ve been asked this question a million times over the last couple of years, and I said, ‘If I get a chance, I’ll be ready.’ If I get a chance to play in either of the games, I know I’ll be ready, and I know I’ll help the team.”

Not so long ago, Gonzalez was a mainstay in a World Cup back line. Like Kljestan, Gonzalez’s absence says something about the inconsistency of Klinsmann’s ethos. Gonzalez dropped out of the USMNT picture while proving himself in Liga MX.  Why winning a title with Pachuca seemed to count less than winning one with the LA Galaxy is an interesting question for the USMNT coach.

Perhaps Gonzalez was merely the victim of a numbers game. Maybe he was the scapegoat for March’s qualifying loss at Guatemala. Perhaps it was something else entirely. But the tall Texan missed out on the Copa Centenario and sounds hungry to prove why it was the wrong decision.

“Going to Pachuca has opened up my game to a new style of play,” Gonzalez told fans in a live Facebook Q&A for US Soccer this week. “It’s taken me out of my comfort zone there in LA and it’s brought out in me a fire that maybe went away for a little while. So now I think that I’m being challenged – I’m in a great league and being challenged for my position, which typically wasn’t the case there at the Galaxy. It’s a tough league and I’ve got to be ready week in, week out. I think with those challenges, it can help me be better prepared coming into these camps.”

Friday’s spotlight may shine brightest on Altidore. The striker seemed poised for his biggest year ever. He excelled during January camp and scored three goals in the USMNT’s first four games of 2016. Yet another flare-up of his chronic hamstring issues would soon shelve him.

He’s returned to MLS play like a man possessed. Since returning, he’s had five goals and an assist in eight MLS games. He’s a big reason why Toronto FC is all of a sudden in contention in the Eastern Conference.

“I think now we’ve pinpointed it,” Altidore told ESPN FC in reference to his hamstring troubles this week. “The national team has been a really big help for me in that. Hopefully I can stay healthy and if I stay healthy, with my ability, I know I can help the team.”

Now it appears likely that Klinsmann will kick the tires on an Altidore-Bobby Wood strike duo. It’s a pairing that carries both a learning curve and an enormous upside.

It’s been a pretty eventful 2018 cycle thus far, and the USMNT haven’t even reached the Hex yet. The stunning upset loss at Guatemala continues to sting. That took away any margin for error the Yanks might have hoped for this week. That’s part of the road to Russia. Bricks well-laid at this stage of the journey can provide a crucial foundation for tight bonds and big dreams down the line.