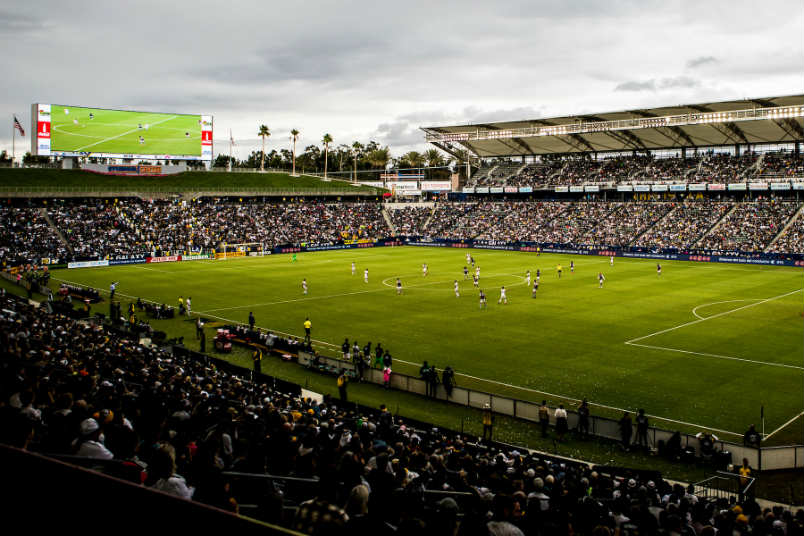 Give a team home field and they’re supposed to use it. That’s now the trend in the 2016 MLS playoffs, with the lower seeds going four for four in the Conference semifinals. Hit the parity button at MLS headquarters, letting the world know that this is a league of competitive balance. That’s certainly a story worth telling, considering the score lines.

As always with MLS, there are several stories pushing for an audience. Like the one where the team with the league’s best record focuses on defense only to give up three quick goals. Or the one where the team in trouble pulls it together in the knockout round and now has a one-goal lead in the other Western Conference semifinal series. How about the team with a substantial designated player issue all of a sudden looking like a contender to get out of the East. Or the scenario where it’s two Canadian teams playing for that Eastern spot in MLS Cup.

That’s certainly more interesting than the MLS schedule moving right along to the playoffs and all of the top seeds progressing as expected. It’s easy enough to criticize how MLS designs the playoffs, but there has to be more to it than creating the best advantage for the higher ranked teams. If that’s the point, than the Supporters’ Shield becomes the de facto championship.

For some, that’s the obvious answer. The reward for the regular season grind shouldn’t be another grind through the playoffs. The best teams in MLS shouldn’t be in a position where they believe their best option is 90 minutes of negative soccer to open a two-leg series. Fair enough, but no MLS team starts this or any other season believing that all of a sudden the Supporters’ Shield will take precedence over the Cup. It’s not the way this league plays.

What an atmosphere…Thank you Toronto!! Not done yet, still everything to play for. #TFC

MLSsoccer.com’s Matthew Doyle on the MLS playoff results. The Dallas Morning News’ Jim Hoehn on what FC Dallas faces at home against Seattle.

ESPN FC’s Miguel Delaney looks at Champions League Group C with Barcelona well ahead. Inside World Football’s David Owen wonders if La Liga president Javier Tebas has changed his mind about the prospects of a super league. The NY Times’ Rory Smith looks at why Borussia Dortmund seems to be such a good destination for young players.