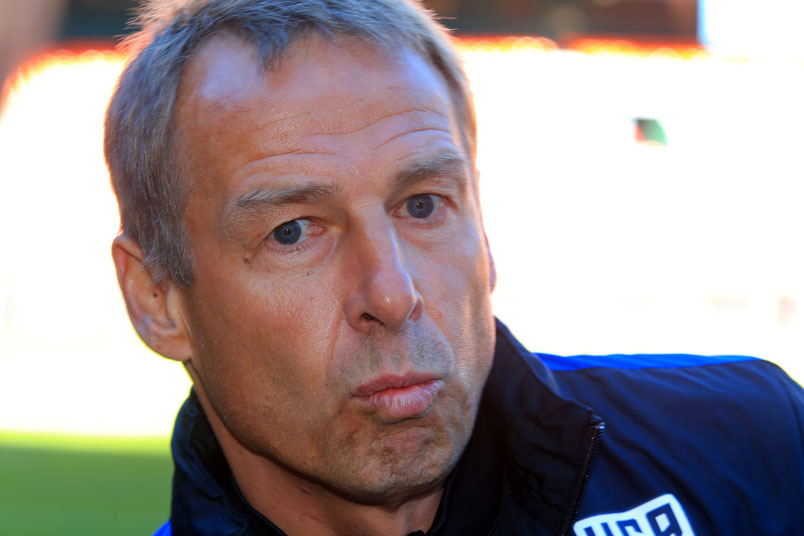 It’s game day for the USMNT, and we start with head coach Jurgen Klinsmann’s inability to let something go. His predecessor Bob Bradley decided to point out that he believed Klinsmann was openly positioning himself to take the USMNT job back in 2010.

In Bradley’s version, Klinsmann did this while working as a pundit during that World Cup. It’s hard to argue with Bradley’s version of events, since it was an open conversation topic once Klinsmann opted to, you know, criticize the current USMNT coach while being strongly linked with the job over several years. It’s worth pointing out that Bradley revisited this issue while giving his opening press conference as manager of Premier League club Swansea City.

So Klinsmann took the high road, right? Well, not quite. “It’s simply not true,” Klinsmann said according to multiple media reports. “I could have taken the job in 2006. I could have taken it in 2010. Then we got together again in 2011 and we figured out a way to make this happen so I was not jockeying anything.”

Do we really need to be revisiting what happened in the summer of 2010? Probably not, but that wasn’t stopping either coach. Whether this is another example of high profile sports personalities not letting anything real or imagined go is up to you. There’s certainly the feeling that Bradley’s USMNT tenure looks stronger now than it did when US Soccer decided that a different coach was necessary. It’s still up to Klinsmann to change that perception.

Moving to the previews of what might happen on the field against New Zealand later tonight. SI.com’s Grant Wahl explains why these friendlies are hurting the FIFA rankings of the USMNT and Mexico. Yahoo! Sport’s Kristan Heneage talks to USMNT player Juan Agudelo. SBI Soccer’s Ryan Tomlich on USMNT position players with something to prove against New Zealand. Goal.com’s Jon Arnold on what coach Juan Carlos Osorio needs from Mexico as they finish out their October friendlies against Panama. In MLS news, The Washington Post’s Steven Goff has Will Chang selling his remaining interest in DC United.

The Guardian’s Ed Aarons explains what’s happening with a Uruguayan club who have had elite players on their books without them playing. Inside World Football’s Paul Nicholson has more behind FIFA’s decision to do away with its anti-racism task force. Two Hundred Percent wonders why the new version of FIFA seems so familiar.