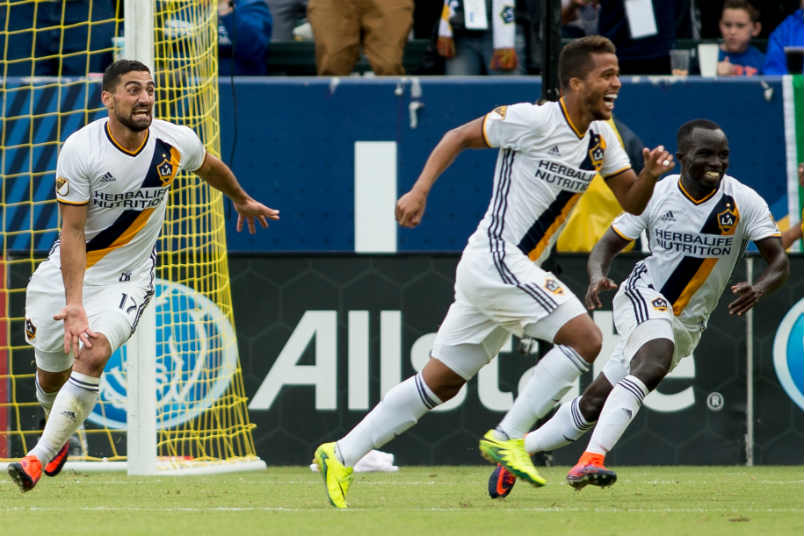 The 2016 MLS Conference semifinals opened with all of the lower seeds winning the first-legs. The upsets started at Saputo Stadium with Montreal shutting out the Red Bulls 1-0. Matteo Mancuso scored the game’s only goal in the 61st minute with Evan Bush making three saves for the clean sheet. New York’s Omer Damari saw red three minutes into stoppage time.

At StubHub Center, the LA Galaxy shutout Colorado 1-0. Gio dos Santos scored in the 55th minute. Brian Rowe only needed one save for the clean sheet.

“They did what they’ve done all year,” Galaxy coach Bruce Arena saod of Colorado’s tactical approach. “They played collectively as a group. They’re hard to break down. Most games they’re in are 1-0. It’s how the games look.”

It was another first-leg shutout for the home team at BMO Field, with Toronto beating NYCFC 2-0. Jozy Altidore scored in the 84th minute with Tosaint Ricketts doubling the lead two minutes into stoppage time. Clint Irwin kept the clean sheet with three saves.

“It feels great,” Altidore said. “Just a culmination of all the hard work we’ve put in this year. I thought we played a good game, stuck to our morals, it’s important to be patient in a game like this and I thought we were rewarded.”

Seattle also got the home win, shutting out the Supporters’ Shield winners FC Dallas 3-0. Nelson Valdez scored in the 50th minute with Nicolas Lodeiro adding goals in the 55th and 58th. Stefan Frei kept the clean sheet with three saves.

“The result is obviously tough but I have to keep the optimism for a group that has overcome a lot already this year,” FC Dallas coach Oscar Pareja said. “We will keep fighting.”