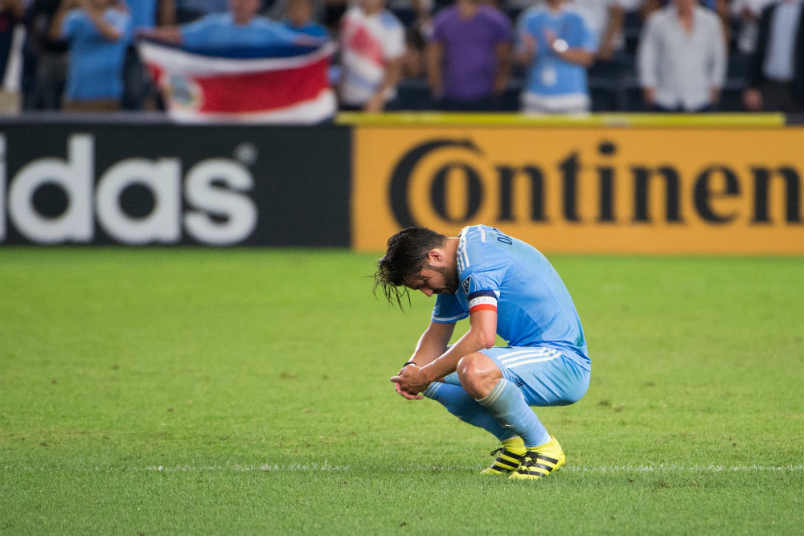 By Clemente Lisi – NEW YORK, NY (Oct 24, 2016) US Soccer Players – The moment fans have been waiting for is finally here. It’s MLS Cup Playoff time. With Decision Day behind us, Wednesday marks the official start to the postseason. While the past seven months have brought with it highs and lows for all the teams that made the playoffs, some are in better shape than others. It’s the momentum going into the playoffs that often determines the eventual MLS Cup champion, regardless of a team’s regular-season record.

Which teams are hot – or not – going into the playoffs is dependent on several factors. Often, it’s the past few weeks of the regular season that can determine the shape a team is in. An injury to a key player late in the year can also dent one’s chances. Or it’s the inability to win on the road after doing so well at home. After all, the playoffs are about surviving and finding anyway you can to win games.

Below is a guide to the three teams that are hot, and three that are not, as we head into the playoffs. Not surprisingly, it is a majority of teams from the Western Conference that highlight the list of hot teams. Although the Eastern Conference remained tight for much of the season, it features weaker teams when you look at MLS as a single table.

There is no way a team that captures the Supporters’ Shield isn’t considered a favorite to win MLS Cup, especially after the year FC Dallas has had. After also winning the US Open Cup, the team’s quest for the treble remains intact. They’ll have to do it minus the recently injured Mauro Diaz. Although Diaz’s absence will loom large, this is a team that has a lot of talent and depth.

It’s true that past Supporters’ Shield winners have failed to conjure up enough magic in the playoffs. Then again, Oscar Pareja’s team has defied the odds all season. Having home-field advantage in the playoffs remains key since this is a team that went 12-1-4 at Toyota Stadium this year. If FC Dallas can get past its Western Conference opponents, we could all be witness to the first American club to capture what would be an historic treble.

The Rapids have done everything right this season. If not for FC Dallas, this would have been the team lifting the Supporters’ Shield. That’s an amazing statement given that many had written off this franchise as a work-in-progress at the start of the year. After all, Colorado finished last in the Western Conference a year ago.

Under coach Pablo Mastroeni, the Rapids are a team with plenty of fight. This is a team that has excelled at nearly every position. Colorado remains a very blue-collar team led by striker Shkelzen Gashi, whose team-leading nine goals put the Rapids in the position to be contenders. Meanwhile, goalkeeper Tim Howard has been solid in net since coming over this summer. He’s just the type of player you need for a postseason run.

This is a team that has done exactly what you need to do to succeed in MLS – play consistent enough throughout most of the season, then flip the switch and start grabbing wins down the stretch. DC United went from mid-conference average into an MLS Cup contender all in a month’s time.

If DC United can build on the momentum created over the past few weeks, they could go deep. The summer acquisition of Patrick Mullins – eight goals and two assists since arriving in July – and a tactical shift to a 5-4-1 formation have helped win games when it mattered. The rest of the East already knows that this is not an easy team to beat.

The Impact could have easily been on the hot list if not for the antics of its star Didier Drogba. His arguing with coach Mauro Biello over refusing to come off the bench during last week’s draw against Toronto FC caused a massive distraction at a pivotal time. Instead of being a player who could contribute for Montreal, Drogba chose to be a prima donna.

Montreal has found ways in the past to win games, thanks largely to the creativity and skill of Ignacio Piatti. However, its upcoming match against an in-form DC United team will be a huge test with or without Drogba. That’s something the Impact may not be able to overcome this time.

This is a team that hobbled to get to the finish line. The ownership has spent good money in recent years trying to get this team in a position to win MLS Cup. While Jozy Altidore is having a strong finale to the season, the Toronto’s defense has wilted over the past few weeks. At this point, even Sebastian Giovinco might not be enough to get them a championship this season.

Toronto’s failure to get a first-round bye will come to haunt them. They face a Philadelphia Union squad that started the season strong, but lost too many points along the way. That doesn’t mean it will be easy for the Reds.

NYCFC is a team that surprised many in just its second year of existence. They were at or near the top of the Eastern Conference for most of the season despite its leaky defense. For a side that finished in 2nd-place, they’ve given up the most goals (57) of any team that clinched a playoff berth.

In a tightly-contested playoff series, giving up goals like NYCFC has will guarantee that first-year coach Patrick Vieria’s quest to win a title will fall short. David Villa remains a phenomenal midfielder, but has to often shoulder the burden of getting his team’s offense moving. Simply put, this is a team built for the long haul of the regular season, not the quick turnaround needed in the playoffs.