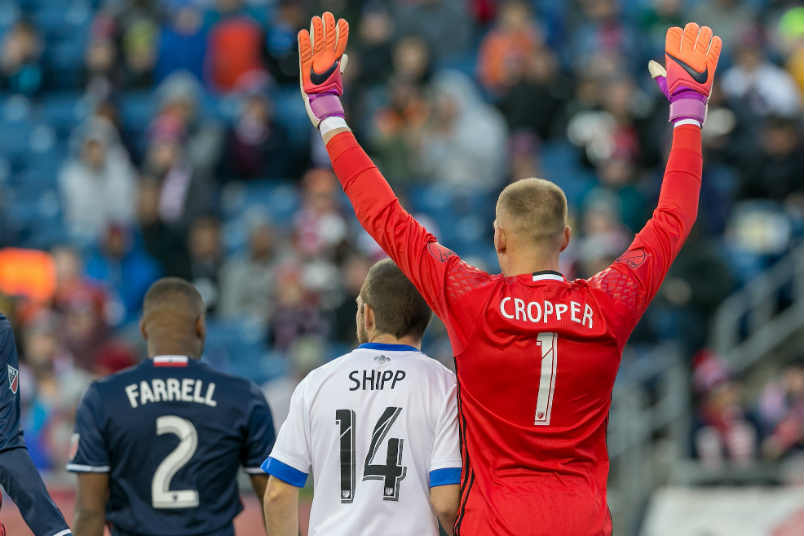 The 2016 MLS regular season ended on Sunday with all 20 teams playing at the same time. The battle for the Supporters’ Shield ended up a bit anticlimactic. FC Dallas held onto their lead over Colorado with both teams drawing their games. On paper, Colorado should’ve had the easier time of it, playing bottom club Houston. Instead, the Dynamo responded like a team with plenty to play for in a 1-1 draw at Dick’s Sporting Goods Park. Houston took the lead with a 61st minute Andrew Wenger goal. Shkelzen Gashi responded with a 68th minute equalizer, but the point wasn’t enough for the Rapids.

At StubHub Center, Galaxy coach Bruce Arena opted to rest several of his starters. FC Dallas didn’t take advantage with the game ending scoreless. That was good enough for Dallas to take the Shield finishing with 6 points to Colorado’s 58. The Galaxy take 3rd-place with 52 points.

“Obviously it’s a prize and reward for the guys with such an effort this week,” FC Dallas coach Oscar Pareja said. “Going to Guatemala and advancing in CONCACAF, getting a tremendous result at home against Seattle that put us in the run and gave us the option to come and own the destiny of this cup. They came to LA and got the job done. We are really proud. The game was obviously hard. In the first half, we resolved some questions that we had with their lineup and their formation. The boys adapted to it and we thought we had options to score and unbalance the game but we were not finding it in the last third. But the composure of the team the whole game just gave me an idea of how much we have grown. In the second half it was very controlled. You could see a team that was very mature. And we’re happy now obviously and just thinking about the playoffs.”

Seattle completed their turnaround from a season that looked like a disappointment, finishing in 4th-place with a 2-1 win over Real Salt Lake. Alvaro Fernandez scored for the Sounders in the 3rd minute at CenturyLink Field. That lead didn’t last long, with Luke Mulholland equalizing a minute later. Cristian Roldan’s goal in the 31st turned out to be the game winner. Real Salt Lake also advanced to the playoffs in the 6th spot.

“You are not going to win every year,” Feilhaber said “But we have been able to win three trophies in the last four years. And six times in the playoffs in a row, we are putting ourselves in a position every year to succeed. We would love to have a home game, so now we have to win an away one before we get the home one.”

Vancouver ended Portland’s season with a 4-1 home win. Giles Barnes scored in the 13th and 32nd minute with Pedro Morales adding a third goal in the 54th. Nicolas Mezquida made it 4- Whitecaps a minute later. Diego Valeri converted a 72nd minute penalty for Portland’s only goal.

The New York Red Bulls finished top of the Eastern Conference with a 2-0 shutout at Philadelphia. Bradley Wright-Phillips scored in the 26th minute with Alex Muyl getting a goal in the 57th. Philadelphia took the final playoff spot in the East on a tiebreaker over the New England Revolution. Wright-Phillips won the Golden Boot as the league’s top goal scorer.

NYCFC took 2nd-place with a 4-1 win over Columbus at Yankee Stadium. Steven Mendoza put the home side up in the 45th minute with Ola Kamara equalizing for the Crew in the 59th. Jack Harrison returned NYCFC’s lead in the 75th and assisted on Khiry Shelton’s goal two minutes later. David Villa scored in stoppage time.

Toronto finished 3rd but needed a comeback to beat Chicago 3-2 at home. Michael de Leeuw put the Fire up in the 18th minute. Seb Giovinco equalized from the penalty spot in the 45th and assisted on Justin Morrow’s goal in the 54th. Jonathan Osorio made it 3-1 Toronto in the 62nd. John Goossens pulled a goal back for Chicago in the 83rd.

“We dominated for most of the first 60 minutes and in the last 20 it was a little bit less,” Giovinco said. “Let’s not think about that too much anymore as we are waiting for this next game coming this week.”

Montreal advanced in the 5th playoff spot in the East after a 3-0 loss at New England. Diego Fagundez scored in the 13th minute. Juan Agudelo doubled the lead in the 60th with Fagundez assisting on Kei Kamara’s goal in the 71st.

The 2016 MLS playoffs begin on Wednesday, October 26, with the knockout round. Toronto plays Philadelphia on ESPN2 at 7:30pm and UniMas has the Galaxy vs Real Salt Lake at 1030pm. On Thursday, DC United hosts Montreal on UniMas at 7:30pm and Seattle plays Sporting KC at 10p on Fox Sports 1. All Times Eastern