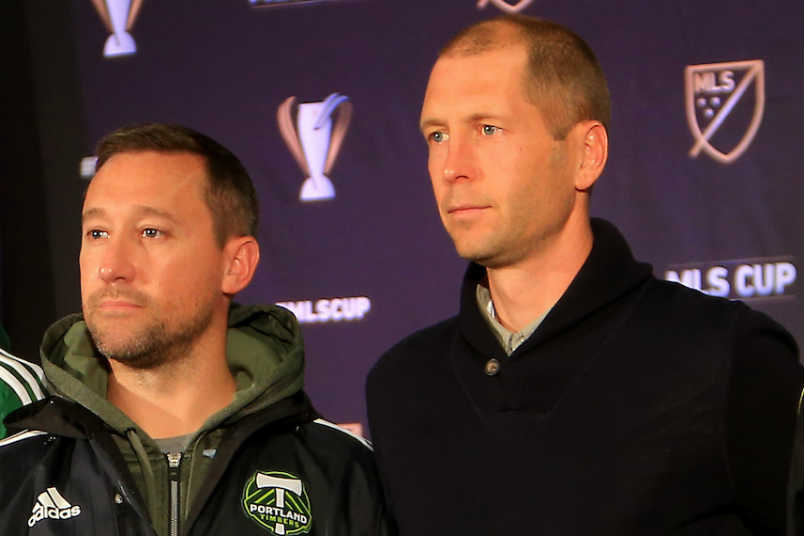 By Clemente Lisi – NEW YORK, NY (Oct 31, 2016) US Soccer Players – While many MLS teams – some believe too many – spent the past week preparing for the playoffs, there were several teams already left wondering about next season. The moment to rebuild is now for those teams who failed to make the playoffs. While there are five months to go before the start of the 2017 season, it’s imperative that front offices look at their teams now to determine what they need, what players will stay, which ones to move, and if a coaching change is needed.

Given the parity of Major League Soccer and salary cap restraints, it isn’t difficult for teams to finish in the basement one year and make the postseason the next. The Philadelphia Union, for example, had a horrible 2015. The Union went 10-7-17 to finish ninth in the Eastern Conference in 2015. This season, Philadelphia went 11-14-9, finished in sixth place and made the playoffs.

How did the Union turn itself around in just one season? The team embarked on an ambitious overhaul during the offseason, spearheaded by general manager Earnie Stewart. They used the SuperDraft to build a strong roster. Early in the season, the Union was even contending for first place. A slip in form in the last two months of the season caused the team to slide down the standings. Nevertheless, the Union showed spirit and maturity from a group primarily made up of young players and talent acquired via the SuperDraft. That is promising for the team’s future.

However, rebuilding a franchise isn’t a one size-fits-all situation. It takes astute decisions to figure out what works best for your roster. The Expansion Draft in December. The ability to sign players in January via the SuperDraft. Wisely using TAM money. Deciding whether to sign DPs as late as February. That’s what allows MLS teams to revamp themselves in the short-term.

The Chicago Fire, New England Revolution, and San Jose Earthquakes need to rebuild in order to be relevant again. Signing DPs and drafting young talent is the obvious way forward. The Fire, in particular, will need to make a splash with a big signing after missing out on Jermaine Jones and Didier Drogba in recent years.

The Portland Timbers and Columbus Crew played each other in last year’s MLS Cup. A year later, neither of them made the playoffs. With strong coaches in place that could very well end up at a rival should the clubs make a change, it’s a different scenario. Both Portland and Columbus can look back at 2016 as a season that simply went wrong. Both of the MLS Cup finalists doing poorly a year later is coincidence. The Timbers face their own unique obstacle. Not winning a single road game all season gets in a squad’s head. So does dropping out of the CONCACAF Champions League and postseason contention in the same week. That means a different approach to figuring things out for next season.

Meanwhile, the Houston Dynamo are already moving forward. The team signed Wilmer Cabrera as head coach this past Friday. With that move, the Dynamo sent a clear signal to everyone about its 2017 direction. They’re following the DC Dallas model, a team that’s put a lot into developing its youth program. In fairness to Dallas, this should be the stock model for all MLS teams right now. That’s true regardless of whether or not FC Dallas stages a playoff comeback in the Western Conference semifinals.

Remembered most for coaching Chivas USA, Cabrera worked as an assistant to current FC Dallas Oscar Pareja when he was with the Colorado Rapids. Cabrera has a lot of experience with youth players. He managed the US Under-17 team from 2007 to 2012, reaching the Round of 16 at both the 2009 and 2011 U-17 World Cups. In recent years, he spent time with both FIFA and CONCACAF as part of various technical study groups, primarily watching youth tournaments. It’s a great hire with youth player development in mind. It’s a clear message of intent, one that other teams need to send as soon as possible.

Pick a disappointing team and there’s usually a stretch in the season that’s glaring. Missed opportunities, botched chances, and runs where the goals and the wins that go with them don’t happen. Pushing past that and making progress is what the off season is about. The failures of the past need to stay there if they hope to see the playoffs in 2017.