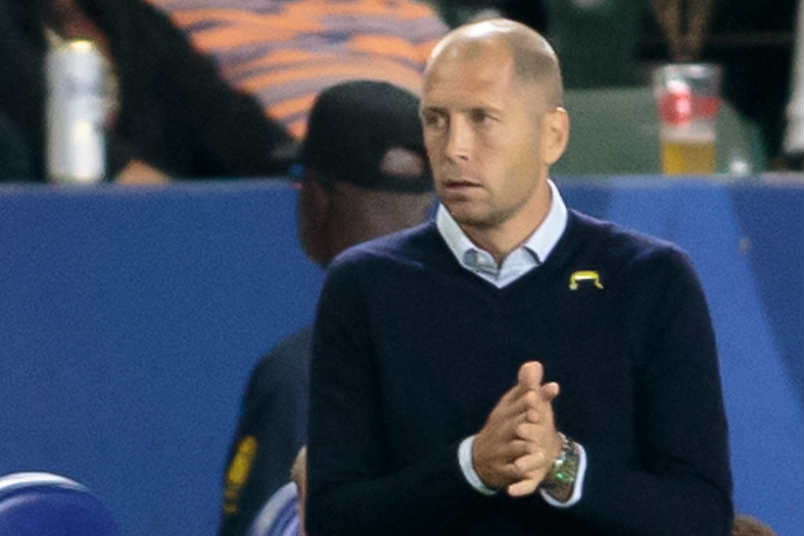 By Jason Davis – WASHINGTON, DC (Oct 19, 2016) US Soccer Players – One week of Major League Soccer regular season play remains. For the handful of teams already out of the playoffs, the drama of the final day isn’t about 2016. Instead, it’s the last bit of business before the process of getting better begins.

Making the playoffs is the standard for mediocrity in MLS. This is a parity-rich league that sends more that half of its teams to the postseason. Nothing to play for in game 34 is an indictment of program and direction, both on the field and off. Executives, coaches, and players find themselves under the gun to fix whatever problems derailed this year’s campaign. If they stay on the job, that is.

MLS owners with ambition can’t sit around and wait on a multi-year plan with restless fans baying at their doors. Again, making the playoffs is easy enough in this league. One extra knockout game doesn’t prove all that much. It shouldn’t grant those responsible for a team’s success or failure a pass.

This is MLS, so of course it’s not that simple. The massive swings in fortunes that hits the league from year-to-year see to that. Should a coach that led his team to an MLS Cup Final appearance get the benefit of the doubt when he misses the playoffs the next season?

That’s the question in Columbus. Gregg Berhalter’s aggressive attacking style built on speedy wing play, a balance of defense and attack in center midfield, and a pair of savvy center backs proved drastically less effective this season than it did in 2015. Last year, Crew SC won the Eastern Conference and hosted an MLS Cup that they lost. That meant expectations for the followup season were high.

But the Ohio club missed the playoffs this year, thanks in large part to a host of injuries, an internal conflict, and the regression of a last’s year breakout wing stars, Justin Meram and Ethan Finlay. The likely response to the poor showing this year by owner Anthony Precourt will be to hand Berhalter some more resources as the young coach looks to remake the team. How much turnover is coming is anyone’s guess. In a league that values stability, Berhalter will get a chance to rebound. His status as the club’s technical director in addition to his role as head coach means there’s no arguing where the buck stops in Columbus. If next year starts poorly, the leadership has every reason to consider action.

That might not be the case in New England. Jay Heaps has a talented Revolution team that will miss the playoffs barring as near-impossible 12-goal swing in the goal differential tiebreaker. Once upon a time, Heaps was a young coach mentioned in the same breath as Berhalter, Caleb Porter, Ben Olsen, and Carl Robinson. Now, with his team underachieving, it’s not clear if he’ll manage to keep his job for 2017.

Is the problem Heaps? Injuries and player form impacted his lineup selections all season long. They simply weren’t there when the team was at its best. Namely, during 2014’s push to the MLS Cup Final. The mark against Heaps is that the Revs took a mighty step back when Jermaine Jones departed for Colorado after the 2014 campaign. Without Jones, Heaps struggled to get the most of his talented attacking team.

That’s fair to a point. Jones’s replacement, Gershon Koffie, played only 18 games due to injury. Koffie was only acquired because the first signing made to replace Jones, Xavier Kouassi, suffered a season-ending knee injury before the regular season even began.

The Revolution are not a team with a history of big change when a season doesn’t go as planned. It’s a club that still lags behind in areas unrelated to the soccer it plays. That’s the stadium and branding that’s become standard elsewhere. Heaps might not be under any real threat.

Big questions loom in Vancouver. Coach Carl Robinson’s reputation has taken a hit. Bob Lenarduzzi is dealing with criticism despite his long-standing history at the club). It’s the same in Chicago. Some observers will tell you president Nelson Rodriguez and coach Veljko Paunovic brought some progress this year. However, some Fire fans have had it to the point of publicly abandoning the club). Then there’s Houston. Does Wade Barrett get a chance to prove he’s ready to be a full-time head coach? What about San Jose? Dom Kinnear is an MLS coaching legend. Still, no MLS team gives off such unambitious vibes as the Quakes.

Seattle heads into the final week of the season with a good chance at making the postseason. That should be enough to secure the permanent head coaching job for Brian Schmetzer. He’ll deserve it considering where that club has been this season.

What’s likely is a tweak here or there at the clubs already counting the days until 2017, but little fundamental change. The incentive to turnover coaches, general managers and/or technical directors remains low for MLS teams. Again, it’s that playoff safety net along with the possibility of a turnaround even with inaction. We need look no further than DC United’s decision to stick with Ben Olsen after 2013’s disastrous campaign. Or the Rapids choice to let Pablo Mastroeni have another shot after 2015. Those are the kind of examples that dictate team building in this league.

There’s one regular season game left to play this season. For the teams already done for 2016, the watch begins to see what changes for next year.