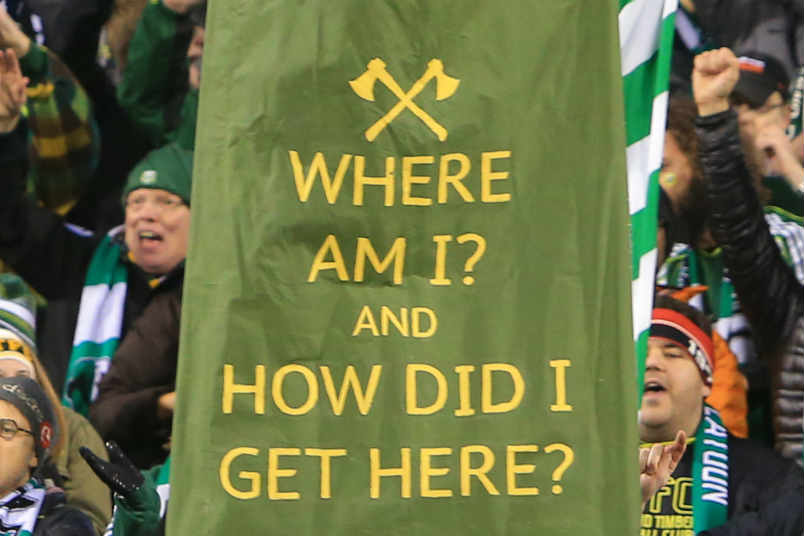 Monday’s soccer news starts with MLS moving to the postseason. That finishes the 2016 story for eight of the league’s clubs, including the defending champions not getting the chance to defend. First to worse than the six Western Conference teams that made the playoffs is now the story for the Portland Timbers.

It just wasn’t the Timbers’ week. They doubled down on their problems after exiting the CONCACAF Champions League courtesy of a home draw against Saprissa when only a win would do. Missing the playoffs far outweighs missing the knockout round of the Champions League, but the CCL ending early certainly doesn’t help. It sends a message that this version of the Timbers isn’t capable of doing just enough.

Beating Saprissa at home wasn’t a monumental ask. Neither was expecting Portland to get it done domestically at Vancouver. This is a team that split a home-and-home series with Colorado after dropping three points to Houston. That might be the best way to look at Portland’s season. They could drop points to the worst team in the conference and turn right around and compete with the best. They just couldn’t get the mix right to save themselves the embarrassment of missing the playoffs.

Also in the soccer news, Brad Davis announced his retirement from professional soccer. Davis won two MLS Cups with the Houston Dynamo and the 2005 Gold Cup with the USMNT. He was a six-time MLS All-Star and runner-up for the league MVP award in 2011. The Houston Chronicle’s Corey Roepken on what Davis means to the Dynamo.

Thank you for all the support over the years. It has been an amazing ride. https://t.co/hC3V61DFoV

The NY Times’ Andrew Das looks at how well the New York-area MLS teams are doing. With Red Bulls II winning the USL title, SI.com’s Brian Straus works through the relationship between MLS and its de facto reserve league.

The Telegraph’s James Ducker has another poor result for Pep Guardiola’s Manchester City raising more questions. The Independent’s Mark Ogden has a bad day for Manchester United in their lopsided loss at Chelsea. Inside World Football’s Andrew Warshaw reports on the growing divide between the European leagues and UEFA.