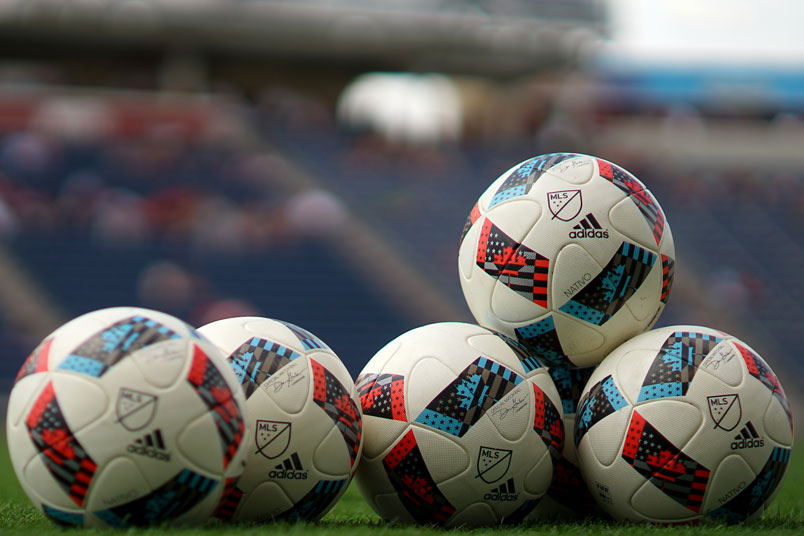 By Jason Davis – WASHINGTON, DC (Oct 21, 2016) US Soccer Players – Twenty teams, 10 simultaneous games, and all the drama any self-respecting American soccer fan could want. At least, that’s the idea.

Major League Soccer’s “Decision Day” extravaganza kicks off Sunday at 4pm ET with all the games in the same time slot. MLS wants tow things from the regular season finale. Play up the last push for a few remaining playoff positions and jockeying for seeding. Encourage teams to play with reckless abandon. Not having the luxury of knowing earlier results should help.

MLS launched “Decision Day” last season, when it ran concurrent groups of Eastern and Western Conference games, bar one. The New York Red Bulls had to push back the start time of their final match so that FC Dallas wouldn’t get an advantage. The two teams played separate games with a Supporters’ Shield trophy on the line.

The league clearly saw value in what was somehow both a proper response to issues of fairness and a gimmicky piece of marketing. This season, rather than worry about moving games, schedule-makers simply chose to start every game, regardless of conference, at the same time. The build-up has been what one would expect from MLS. Hyperbolic, chintzy, and slightly off.

It seems counter-intuitive that the league would choose to have two games on national cable at the same time. This isn’t the NFL where that happens every Sunday. It’s MLS, where two games eating into each other’s viewership is a big deal. That doesn’t seem to bother their TV partners, opting for the backdrop of everything to play for at the same time on Sunday.

This is also a glimpse of the problems the league faces as it works to make “Decision Day” a big deal. A dozen teams make the playoffs. It usually doesn’t take all 34 games to determine who is in or out. That makes the drama more muted than we might hope.

When what’s on the line for a handful of teams in their final game is seeding among six playoff berths in their respective conferences, that stakes are never going to be that high. Playoff Seeding Day isn’t as exciting. Neither are the games on the Sunday schedule that pit teams still in contention with those thinking about their off season. With that in mind, there’s plenty of reasons this could be anticlimactic.

So what is up for grabs? The Supporters’ Shield seems like an obvious place to start. The unbalanced schedule means subbing in the Shield for a traditional champion isn’t straightforward. That doesn’t make it any less important. FC Dallas is chasing a treble. With the US Open Cup already in their cabinet, next up is the Shield. They need to see off Colorado to win it and setup home field advantage through the playoffs.

There are playoff spots still available in the West, with Real Salt Lake, Seattle, Sporting Kansas City, and Portland vying for three entries. Seattle needs a win to be sure of a spot, as Portland can jump over the Sounders with a win in Vancouver and a Seattle loss. Portland can’t get in without at least a point. If they do draw in Vancouver, they need help in the form of a Sporting Kansas City loss against San Jose. Real Salt Lake is definitely in with a single point against the Sounders, and could still make it in with a loss.

Is there potential drama there? Absolutely. Is it enough? That’s the tough question to justify the simultaneous kickoffs and the league’s attempt at hype.

This isn’t a regular season league. It’s the playoffs providing the high pressure environment the every competition needs. Since MLS is unlikely to eliminate the postseason and go to a single-table format while at the same time instituting promotion and relegation, there’s no use in comparing “Decision Day” with the final day in any of Europe’s top league.

“Decision Day” is fine as a concept, all things considering. It’s the capper to a long and sometimes under-important MLS regular season. There’s no manipulation barring a major reduction in the number of playoff spots that could really make “Decision Day” anymore dramatic that the version we’ll get on Sunday. A Supporters’ Shield is in play, as are three playoff spots and some seeding/play-in game hosting rights. Maybe that’s the most we can ask for.

There’s no doubt simultaneous kickoffs on the final day has value. The only real criticism for MLS when it comes to the format is that it took them 20 years to use it. Let’s hope it’s here to stay. Now, as for that playoff format….