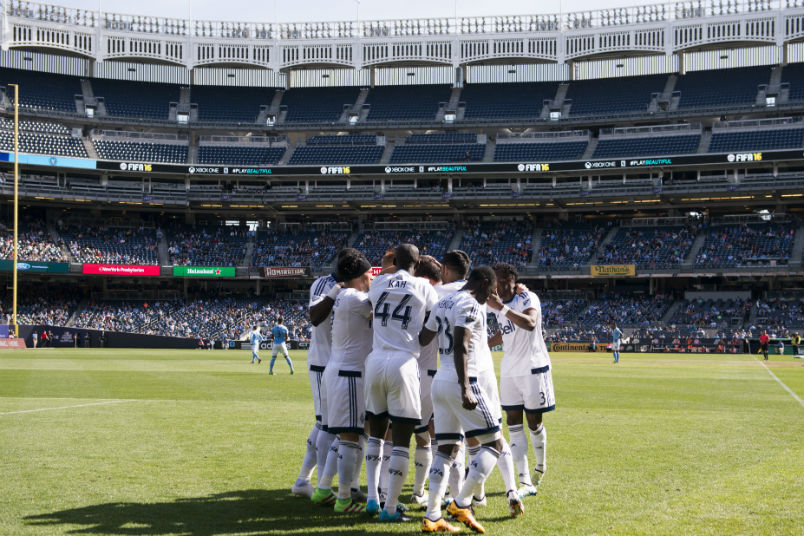 The Vancouver Whitecaps announced a non-move on Wednesday that probably should concern their fans. The MLS club decided to stick with who they have running the playing squad, signing their coach and his assistants to contract extensions. Well, the goalkeeping coach left, but head coach Carl Robinson and his assistants Martyn Pert and Gordon Forrest remain in place. That doesn’t necessarily light a fire under them, to use a tired cliche. It also doesn’t necessarily assess blame for a disappointing 2016 season.

Before simply nodding along, it’s worth considering that each and every team missing the playoffs isn’t by definition a disappointment. Some could’ve finished with better records than they deserved and still missed the playoffs. The MLS safety net drops deep, but not that deep.

Where did this leave the Whitecaps in 2016? In 8th-place, five points behind Portland and seven points out of the playoffs. Their finale knocked Portland out of the playoffs, or Portland had already knocked themselves out of serious consideration. It depends on how you choose to see it.

Vancouver’s major issue late in the season was an ability to win in the CONCACAF Champions League while losing in MLS. Drawn into a group with Sporting Kansas City, Vancouver advanced with no problems. They finished in 1st-place, taking the top seed in the quarterfinals. That means playing games that count in February and March against the bottom seed New York Red Bulls. So why didn’t that translate to MLS?

That’s the question already looming for Carl Robinson and his staff. They’ll have the opportunity to provide early indications that management made the right call. They’ll also have another shot at showing they can put together a team that can win regionally while competing domestically. In this era of MLS, fair enough.

Staying with the Champions League, CONCACAF announced the details for the quarterfinals.

The Comeback’s Leander Schaerlaeckens argues for less being more when it comes to how many teams MLS lets into the playoffs. The NY Times’ Ken Belson, Richard Sandomir, and Rory Smith on what’s happening with TV ratings for the National Football League and the Premier League. FourFourTwo’s Chris Flanagan tries to figure out if coaches really do “lose the dressing room”.

The Telegraph’s James Ducker reports on the aftermath of another disappointment for Manchester City under Pep Guardiola. The Mirror’s David McDonnell stresses the importance of beating City for Jose Mourinho’s Manchester United. AP’s Rob Harris looks at managerial turnover in the Championship.