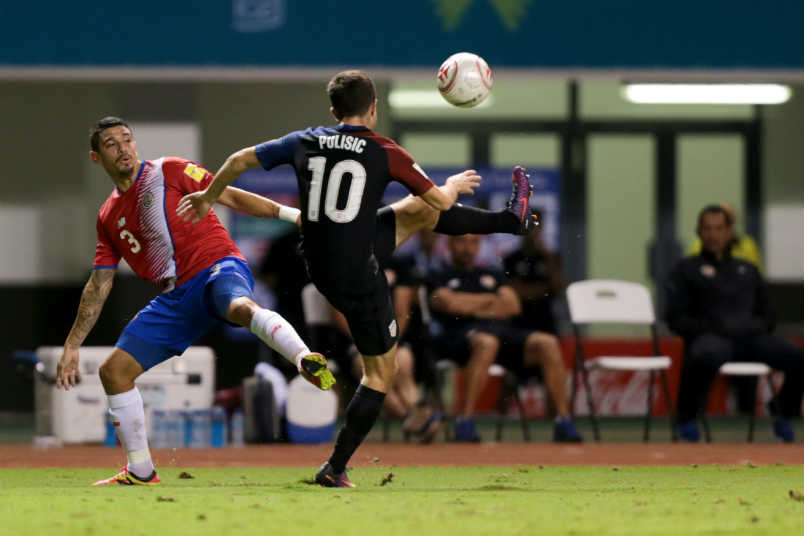 The USMNT is in some trouble in the Hexagonal round of CONCACAF World Cup qualifying. It’s not a disaster scenario losing both games in November. US Soccer president Sunil Gulati stressed that point to members of the media in Costa Rica last night, and he’s right. Turning around November, 2016 isn’t a monumental task for this team. That it’s even a discussion is the problem.

It doesn’t take much to point at two losses and predict more of the same over the rest of the qualifying calendar. That requires overlooking the strength of the opponent, home field advantage, and everything else that can factor into a qualifying campaign. Still, there’s no good reason to downplay where the USMNT is right now.

Jurgen Klinsmann chose to put the focus on formations and tactics. He made the decision to alter how his USMNT plays. Had it worked, he would be the one accepting the congratulations. Since it didn’t, he has to be the one explaining why.

Unfortunately for this stage of the Klinsmann era, his explanations aren’t working in real time. Does anybody need to hear him assess blame? Is it time he shoulders it as the strategist? Klinsmann can say a loss is on him, but that’s not the same thing. The substitution policy was off against Costa Rica. In a moment when the team on the field needed something, anything what they got was confusion. That’s November, 2016. It’s a confusing time for the USMNT with a lengthy wait before an opportunity to recover.

The Guardian’s Graham Parker’s report on the loss at Costa Rica. The LA Times’ Kevin Baxter on what happened in San Jose, CR. FC Yahoo’s Leander Schaerlaeckens on what went wrong for the USMNT. MLSsoccer.com’s Matthew Doyle doesn’t find a lot of upside from the USMNT’s performance. SI.com’s Grant Wahl calls for a coaching change for the USMNT. ESPN FC’s Doug McIntyre also wonders about Jurgen Klinsmann’s future with the USMNT. Soccer America’s Ridge Mahoney questions the Klinsmann era for the USMNT.

News Talk’s Andy Brassell explains how Sporting and Benfica use the transfer market.