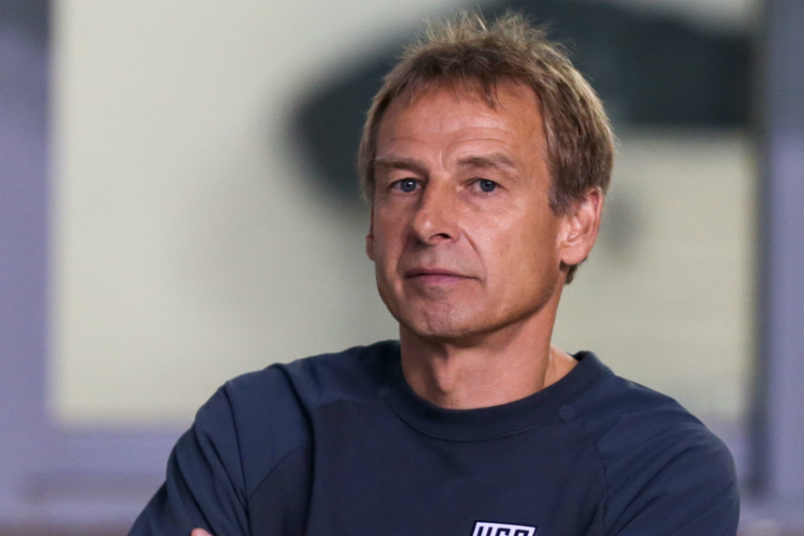 The US Soccer Federation announced on Monday that it had parted ways with USMNT coach and technical director Jurgen Klinsmann. There was increasing pressure on the program following World Cup qualifying losses at home to Mexico and away to Costa Rica to start the Hexagonal round. That led to intense media scrutiny and pressure on US Soccer to act.

In a press statement on Monday, US Soccer Federation president Sunil Gulati said the following:

Today we made the difficult decision of parting ways with Jurgen Klinsmann, our head coach of the U.S. Men’s National Team and Technical Director.

We want to thank Jurgen for his hard work and commitment during these last five years. He took pride in having the responsibility of steering the program, and there were considerable achievements along the way.

Many are aware of the historic victories, including leading us out of the Group of Death to the Round of 16 in the 2014 FIFA World Cup, but there were also lesser publicized efforts behind the scenes. He challenged everyone in the U.S. Soccer community to think about things in new ways, and thanks to his efforts we have grown as an organization and expect there will be benefits from his work for years to come.

While we remain confident that we have quality players to help us advance to Russia 2018, the form and growth of the team up to this point left us convinced that we need to go in a different direction. With the next qualifying match in late March, we have several months to refocus the group and determine the best way forward to ensure a successful journey to qualify for our eighth-consecutive World Cup.

There has never been a greater time for soccer in this country, and with the support and efforts of the millions of fans, sponsors, media and friends, we look forward to continued progress in the game we all love.