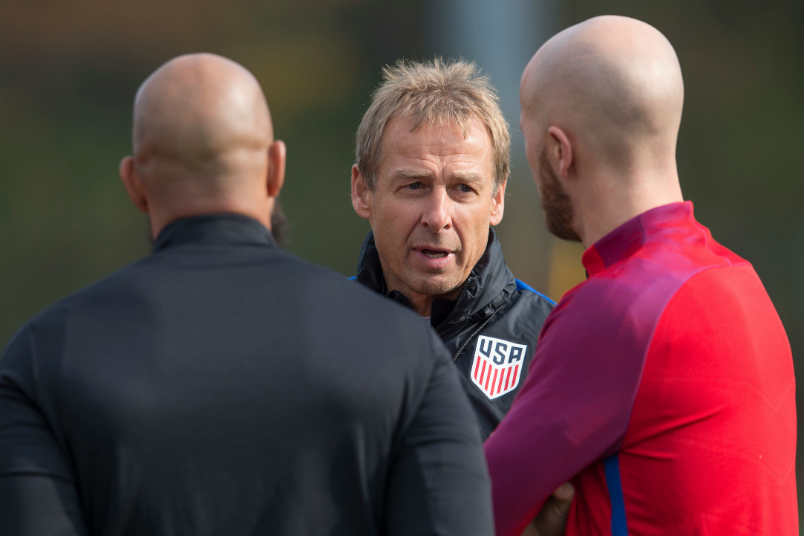 The USMNT moves closer to their opening Hexagonal round date with Mexico. Whether or not this is a must win game that sets the tone for the rest of World Cup qualifying is open to debate. The CONCACAF safety net ended up saving Mexico last time around, an oddity that isn’t likely to repeat. Mexico has its issues, but so does every other team in the region.

For the USMNT, part of what’s in play this week and next is simple. It’s players convincing coach Jurgen Klinsmann that they’re the top choice whenever they’re available. That could mean adapting tactics to players, something Klinsmann has had an interesting relationship with during his tenure.

Early on, most of the top down talk was the concept of creating position players from an early age. That hasn’t turned into an insistence on players sticking to their club position, a general annoyance for some who are tired of seeing players forced into situations that don’t improve their individual games. It’s a fair critique, if not exactly a criticism since it happens across countries. The burden of the national team coach is the inability to buy a solution to a tactical problem.

Still, Klinsmann joins his predecessors in deciding some players are best suited in roles that run counter to their clubs. That’s everything from backs swapping sides to attackers playing defensive roles. When it works, it’s no problem. When it doesn’t, it’s a glaring issue for any national team.

The Guardian’s John Ashdown runs through the issues with the EFL Trophy, the tournament that few in England seem to want. Bundesliga Fanatic’s John Smith profiles 29-year-old Hoffenheim coach Julian Nagelsmann. Backpage Football’s Paul Little profiles RB Leipzig, doing better than expected this season. FourFourTwo counts down the oddest soccer goal celebrations. AP’s Rob Harris reports on proposals that might be under consideration by the International Football Association Board, the committee that determines soccer rules.